Whilst we were meant to go to Paris to get the launch of the P40 series of phones, the global COVID-19 pandemic has halted all that prompting Huawei to move the announcement online. Huawei spent just under 90 minutes showing off and talking about the three new phones in their lineup, the P40, the P40 Pro and the P40 Pro Plus. Are they competitive? should you want one? is there any Google? read on to find out. 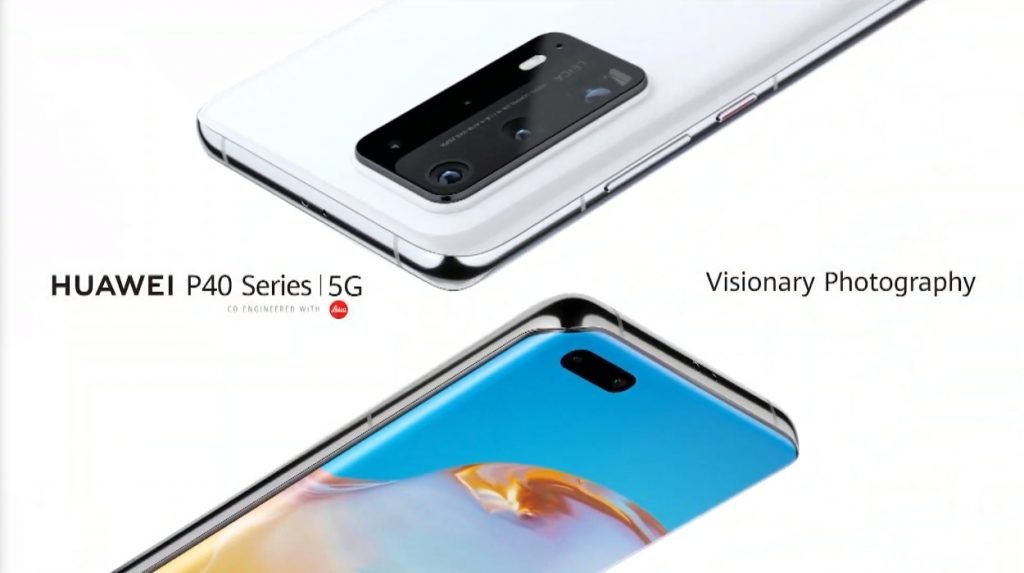 It’s pretty obvious that the main phone Huawei wants you to buy this year is the P40 Pro, so that is where I’ll start as well. With a massive 6.58″ Flexible OLED screen at 90Hz and 2640×1200 resolution, this display is going to be a stunner if the P30 Pro, Mate 30 Pro and Mate Xs screens re anything to go buy. Huawei is taking the Horizon display that it used on the Mate 30 Pro and extending those curves to the top and bottom of the phone what Huawei is calling the Quad-Curve overflow display they say this makes gestures easier to utilise as there isn’t an abrupt end to where you start and finish the gesture making it more comfortable, something that I, of course, will have to check out if I get a unit. going from the P20 Pros notch to the P30 Pro’s waterdrop notch, the P40 Pro has a hole-punch cutout for it’s camera array in the top left. and what an array it is, with a 32MP Autofocus camera, an IR emitter for depth-mapped FaceID, and the ambient light and proximity sensors placed into this pill-shaped cutout Huawei’s face this year looks a lot busier than on the P30 Pro, but not necessarily worse.

What about the Cameras then? this is what the P series is known for, ever since the Leica partnership with the P9 all those years ago, well the P40 Pro has an all-new 50MP SuperSensing camera, this is a 1/1.28″ sensor with an effective 23mm focal length, an F1.9 aperture and OIS. the Ultrawide is ripped straight from the Mate 30 Pro and that is great, it is a 40MP RGGB sensor with an effective 18mm focal length and an F1.8 aperture, Lastly, we have the 12MP RYYB 5x Optical telephoto sensor, it has an effective 125mm focal length, and F3.4 aperture and it is optically stabilised, oh and there is still the ToF (time of flight) camera for what that is worth. These sensors are bigger, with larger pixels, more efficient autofocus and more capable Low light chops, somewhere that Huawei was already class-leading. One of the new changes this year is with the autofocus system, instead of just using 2 pixels for its PDAF, Huawei is now using 8. this Octa-PDAF is said to have much better performance in low light without having to crank the ISO. 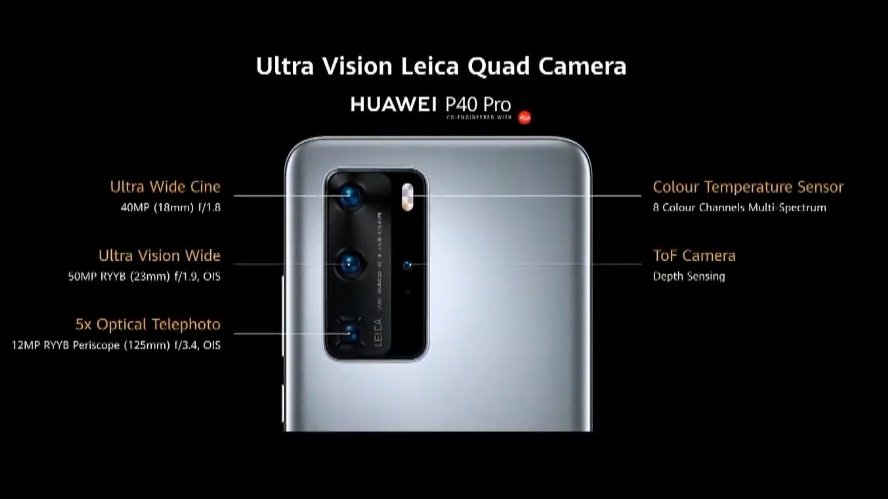 The P40 Pro is powered by the ever great Kirin 990 5G chipset. for a quick top-up, the Kirin 990 5G is a 7nm EUV SoC with an on-die 5G modem, unlike the Snapdragon 865 or Exynos 990. it’s got 3 clusters or cores, 2 performance Cortex A76 cores at 2.86Ghz, 2 all-purpose Cortex A76 cores at 2.36Ghz and 4 low power Cortex A55 cores at 1.95Ghz. This is paired with a 16 core Mali G76 at 700Mhz. The Kirin 990 5G is an absolute beast and it is the best Huawei can do at the moment and it is right up there with the Snapdragon 865 and the Exynos 990. For storage and RAM there is 8GB of LPDDR4X RAM and 256GB of UFS3.0 storage, though you can expand that with the use of Huawei’s proprietary NM card. the P40 Pro has a monstrous 4200mAh battery, with 40w Wired SuperCharging like last year, but ups the wireless charging up to 27w. Huawei also said they upped reverse wireless charging speed but did not give us a number. Whilst we’re down this end of the phone, the P40 Pro has support for 2 NanoSIMs in the phone, or 1 NanoSIM and one NM Card, but new this year is the inclusion of eSIM which can take the place of the second SIM or I believe can be the primary, I will update this when I know more.

What about the Colours? what about the Price? When Can I get it?. Well thankfully we know the answers to those questions too. the colours for the P40 Pro are a lot more subdued than the P30 Pro, without standout colours like Breathing Crystal, Aurora or Amber sunrise, instead, we just get Black, Ice White, Deep Sea Blue, Blush Gold and Silver Frost. these are all fine and pretty colours, but nothing stands out like last year. the Price is a harder pill to swallow for a phone without Google Services, but it is €999  and it is available on April 7th online from Huawei. 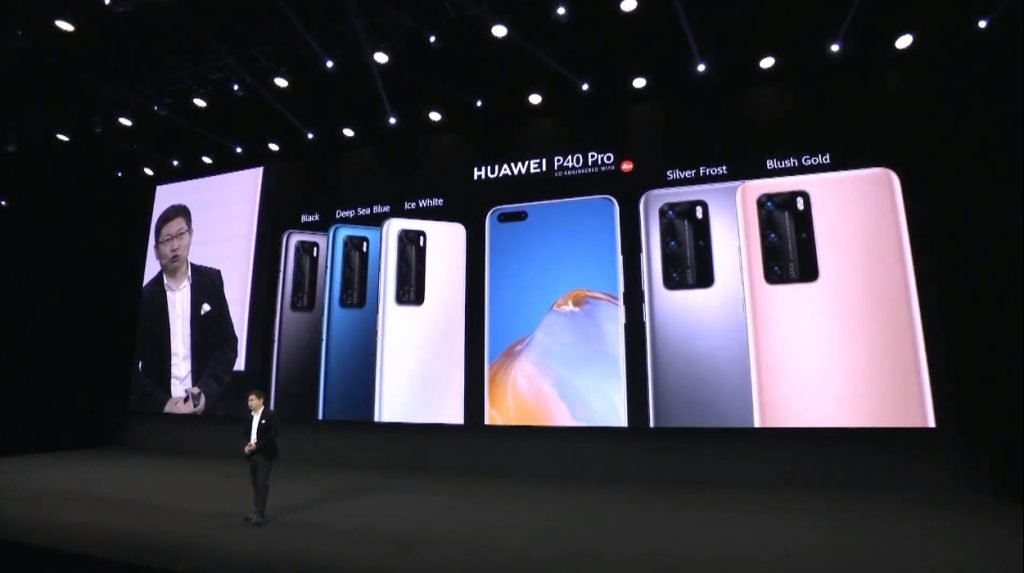 But the P40 Pro isn’t the only phone Huawei Announced today we have the Standard P40, and the P40 Pro+. the Pro Plus is Huawei’s answer to the Galaxy S20 Ultra, it’s equally as hefty at 226g, but has a smaller 4200mAh battery. the screen and internals are the same as the P40 Pro except you get 512GB of internal storage. the main differences are the camera system. wherein you trade the 12MP 5x optical zoom camera for a pair of Optical zoom cameras! an 8MP 3x optical zoom for those times when you just need to get a bit closer to your subject, and an 8MP 10x periscope zoom for when you need to get close to something that you arent anywhere near. Huawei also matches Samsung’s 100x zoom, but due to the 50MP SuperSensing camera being larger, with almost double the pixel size and the better AI processing, Huawei claims this produces much better shots than Samsungs, which we’ll have to see. The Standard P40 has the same 50MP main camera, with an 8MP 3x optical zoom and a 16MP Ultrawide camera, which still looks like a very capable camera system close to that of the P30 Pro. On the front the Standard P40 drops the IR emitter for depth mapped FaceID, and autofocus but still retains the same 32MP sensor and lens combo. 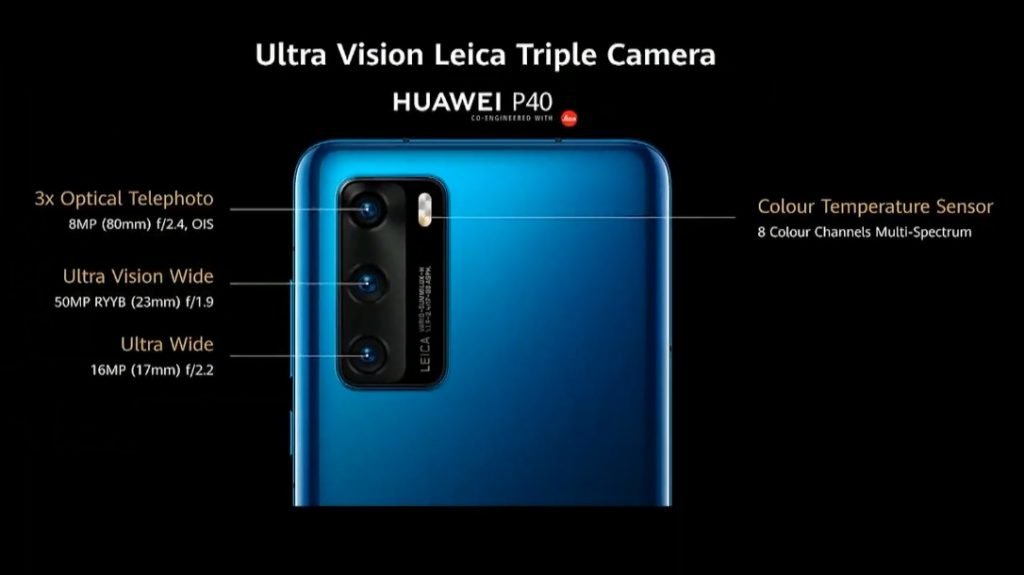 The Standard P40 will be available on April 7th for €799 with 8GB of RAM and 128GB of storage, and the P40 Pro+ will be available sometime in June for an eye-watering €1399 for 8GB of RAM and 512GB of internal storage. That is a lot to pay for a phone that will not officially support Google applications, but we do not know how that will sully the experience, if it will at all. 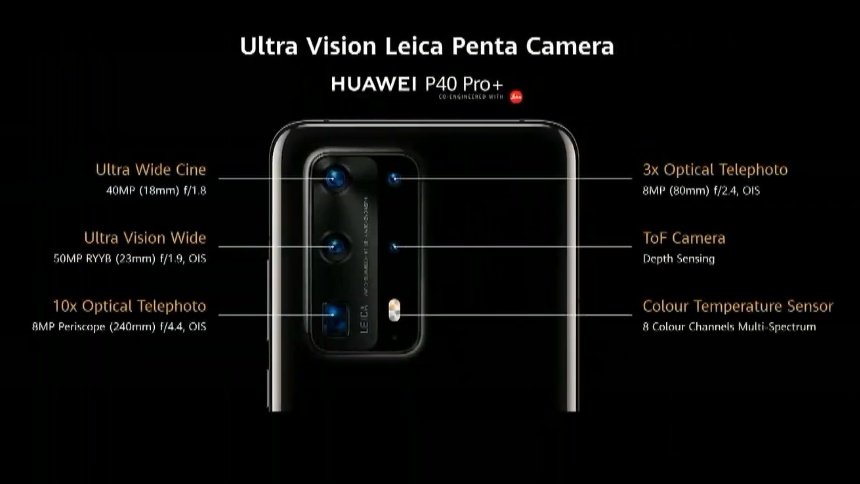