CAT has been at the forefront of truly rugged phones, Not just adding an IP rating and selling you an extra case. These are phones with full Mil-spec ratings and have the warranty to back them up. This morning they announced their newest phone, the S62 Pro. CAT clearly listened when people cried out that the S61 was too expensive, so they chopped £200 off the price. The newly announced S62 Pro is available later in August for £599 or $759. 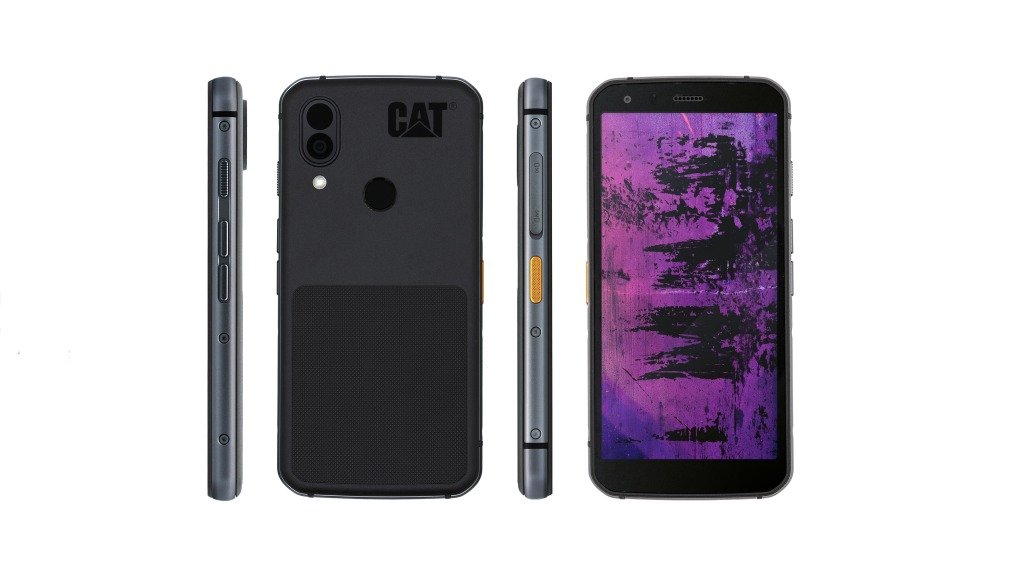 Spec-wise the S62 Pro won’t blow you away in the traditional sense. The Qualcomm Snapdragon 660 isn’t the newest, latest, greatest, fastest or most power-efficient chip. The 8 core 14nm chip introduced in 2017 does have one thing going for it though, support. The Snapdragon 660 is basically on Qualcomm’s version of an LTS (Long Term Support) list according to CAT, meaning that Qualcomm has committed to a certain length of time (allegedly 10 years of security support) to deliver updates. This is important in the line of work the CAT S62 Pro is going into, whereas 3D gaming performance and a high refresh screens, isn’t quite as important. Speaking of screens, the S62 Pro has gone from a 5.2″ 1920×1080 LCD panel to a 5.7″ 2160×1080 TFT LCD. It is still a 60Hz panel, however. The screen is covered with Gorilla Glass 6, and the presenter on hand at the brief was so confident in the thickness of the glass and its strength he repeatedly (4 times) struck the face of the phone with a steel ball hammer. Very hard to watch but the phone was unscathed. 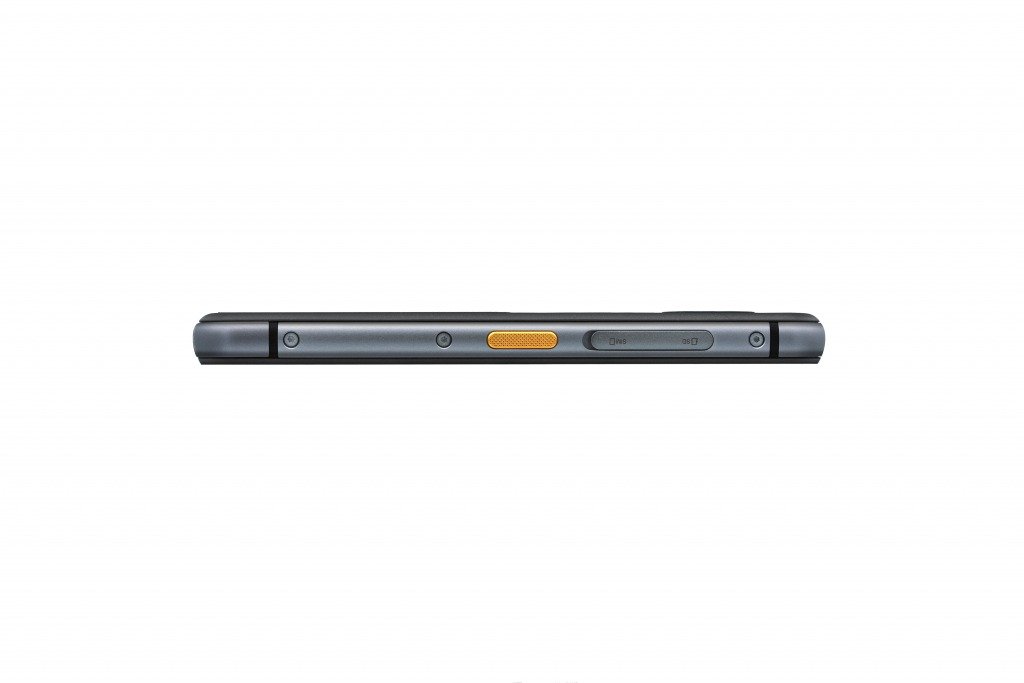 But you shouldn’t be surprised that it can take a hit (literally). The phone is made of stainless steel for the frame and a grippy polyurethane rubber on the rear for grip, heck they even went the extra mile to use MIM (Metal Injection Moulding) to make the stainless steel SIM tray. Why? So that it’s that little bit stiffer and less likely to deform in a drop so you are always able to get the SIM into and out of the phone. This is the first phone as far as I am aware that has also taken the time, effort and money to be subjected to the MIL-STD testing and come out with a top of the line 810H mark. What does that mean? Well, it’s tested against extreme swings in temperature, pressure, shock and more. As well as the standard water test, they also test saltwater ingress. This means that you can, if you feel like it, dunk your phone in hot soapy water in the sink, and also in alcohol (think Isopropyl Alcohol) and Bleach. It’s also tested against UV radiation, so blast it all you want to get rid of COVID-19. 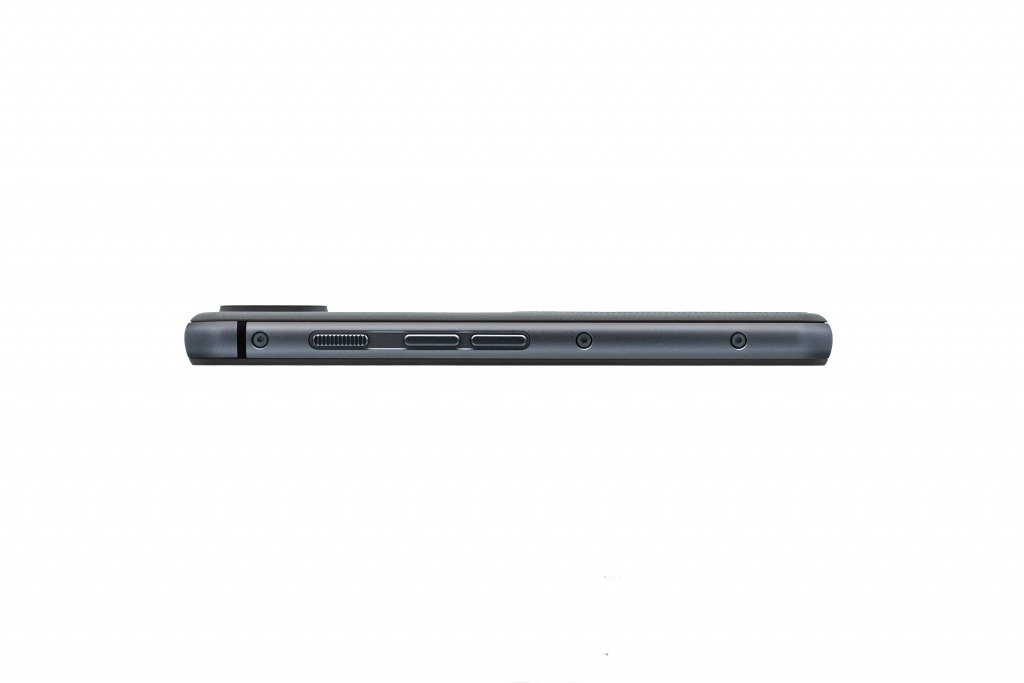 Lastly, the important bit, the Thermal Imaging system. CAT is still working with FLIR here and has the new Lepton 3.5 sensor, which has 4x the thermal resolution of the old Lepton 2.5 sensor in the S61, what does this mean? In short, more granularity when taking IR images. The S62 Pro also does the neat trick where you can overlay the Infrared Thermal Image over the visible light camera for more detail. This is a feature called MSX, or Multi-Spectral Dynamic imaging. You can actually dial-up and down the amount of MSX on the S62 pro, so if you’re in an area where the visible light isn’t as important, take it down a notch. If you’re in a tight space with lots of small heat-producing components, push it up to the max would really help here. with something called Alpha Blending you can actually look at the visible light and IR images separately and then overlay them onto each other for a 50/50 view – neat!. The main 12MP camera is the Sony IMX363, a 12MP 1/2.5″ sensor used by many others such as Google in the Pixel 3 and 4 series. The front camera is an 8MP selfie camera for all those times when you’re at the Travis Perkins and need to call back to the client and tell them the decking they want isn’t there!

Otherwise, it’s a pretty solid phone overall. There is a 4000mAh battery that supports fast charging, but given the lack of rating on the spec sheet, don’t expect anything cutting edge. There is 6GB of RAM and 128GB of internal storage with a MicroSD slot for expansion. NFC is included for Google Pay along with Bluetooth 5, WiFi 5 (802.11ac) and Android 10 with a guaranteed update to Android 11 and 3 years of security updates. We don’t have a need for one here, but we really hope CAT will send one over for a review and we can enjoy throwing it around! and seeing just how rugged it is!