MediaTek has today announced that they are expanding the Dimensity lineup of smartphone SoCs. the SoCs being announced today are the Dimensity 920 and the Dimensity 810, refreshes to the 800 and 900. These are incremental refreshes but that doesn’t mean they don’t have some exciting features. Starting off with the Dimensity 920, the higher end of the stack is a Cortex A78 and A55 based design (likely 6x A55 and 2x A78). it supports both LPDDR4x and LPDDR5, UFS2.1 and UFS3.1 for storage, the Mali G68MC4 GPU has been given a clockspeed bump to make it 9% faster at heavy gaming loads than the Dimensity 900 it is replacing. Something cool to note is that MediaTek is bringing AV1 hardware decode to more chips, why is this important? AV1 is very likely to be the next online streaming format, and AV1 is the most power-efficient and bandwidth-efficient codec on the table, so being able to watch AV1 video with hardware decoding means you can watch more videos, for longer and at higher quality with no tradeoffs.

The Dimensity 920 also have a new variable refresh rate system allowing the screen to refresh at the same rate as the content on-screen (as long as it is below the maximum refresh rate) think of it like AMD FreeSync but for phones. Never mind all of the excellent MediaTek specific 5G features like dual-SIM with both SIMs having active 5G, VoNR which is voice calls over 5G, NSA and SA system support, as well as Bluetooth 5.2 and WiFi 6, you know the good stuff Next is the Dimensity 810, the somewhat more interesting chip here. It’s sadly still Cortex A76 based for the big cores, so we’re very likely seeing a 4x A55 and 4x A76 lineup here. The GPU is a Mali G57-MC2, so not the biggest, but still capable, the big jump for the 810 is clocking those A76 cores up to 2.4Ghz and support for 120Hz 1080p screens, nice to have those silky smooth frames.

The cool feature I think is both are being made on TSMCs 6nm N6 node, so more power-efficient and more space-efficient. MediaTek has been gunning for Qualcomm with the release of the Dimensity series and with all the ones I’ve tested, Qualcomm should be on lookout because MediaTek isn’t playing around. 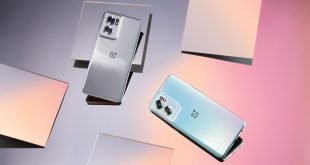