5G isn’t everywhere yet, and it won’t be for a while, but that isn’t stopping MediaTek. They have a 5G chipset for seemingly every segment. So far we’ve got the flagship Dimensity 1000 series, the slightly sub-flagship Dimensity 800 series and the mid-range Dimensity 700 series. Today MediaTek is announcing the Dimensity 720 – wow! (Updated details at bottom of post) 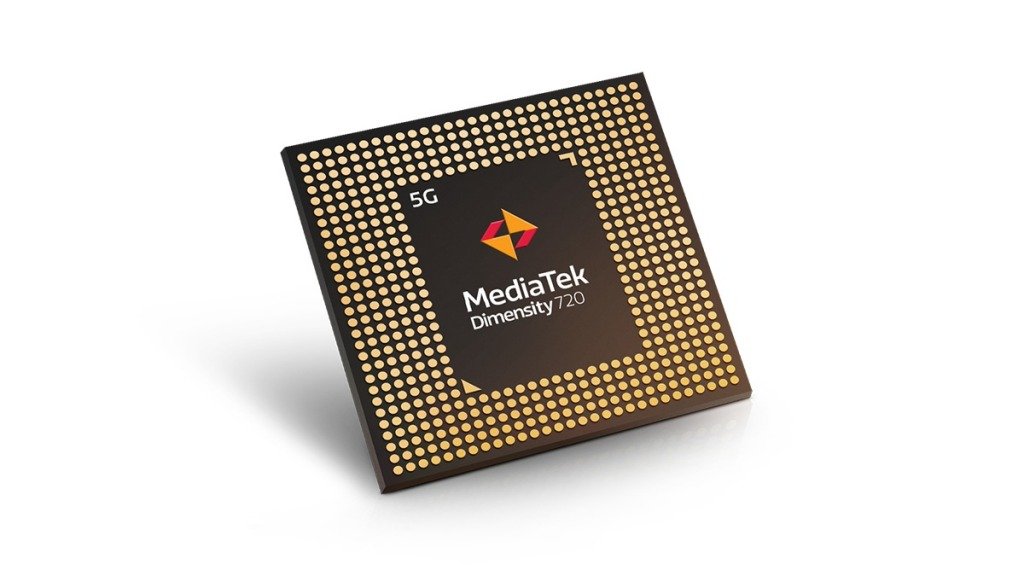 We don’t have all of the specifications yet, but we do know that this is an octa-core chip with 2 Cortex A76 high-performance cores at 2Ghz and 6 Cortex A55s at unspecified clock speeds. Given how low the A76’s are, a safe guess would be that the clock speed is between 1.5Ghz and 1.8Ghz. It has an ARM Mali G57 GPU, though once again the complete core count and clock speed is not disclosed. The Dimensity 720 supports 90Hz refresh rate screens, HDR10+, active SDR to HDR remapping, LPDDR4X RAM and UFS 2.2 storage. It is built on an unnamed 7nm fabrication node, but given there is no mention of EUV anywhere in the press materials, I think it is safe to assume that it is TSMC N7, not N7+ or Samsung’s 7nm.

Of course, this is a 5G chipset, and like MediaTek’s other Dimensity chips and unlike the Snapdragon 865, the modem is one-die here. This means it is a part of the silicon. This also means it takes up less space and uses less power. The 5G modem in the Dimensity 720 is sub-6Ghz only, so no mmWave here. Given that only the United States seem to actually think mmWave has a future and the United States isn’t a large smartphone market for MediaTek, this doesn’t seem like much of an issue. It also supports full SA (Standalone) and NSA (no-standalone) 5G networks. It houses features such as 2CC CA or cross-carrier aggregation (using two network bands merged for better speed), VoNR or Voice over New Radio, a newer implementation of VoLTE, and Dual SIM Dual Standby with a 4G device. This means a 4G and 5G connection active on the same phone – very neat. 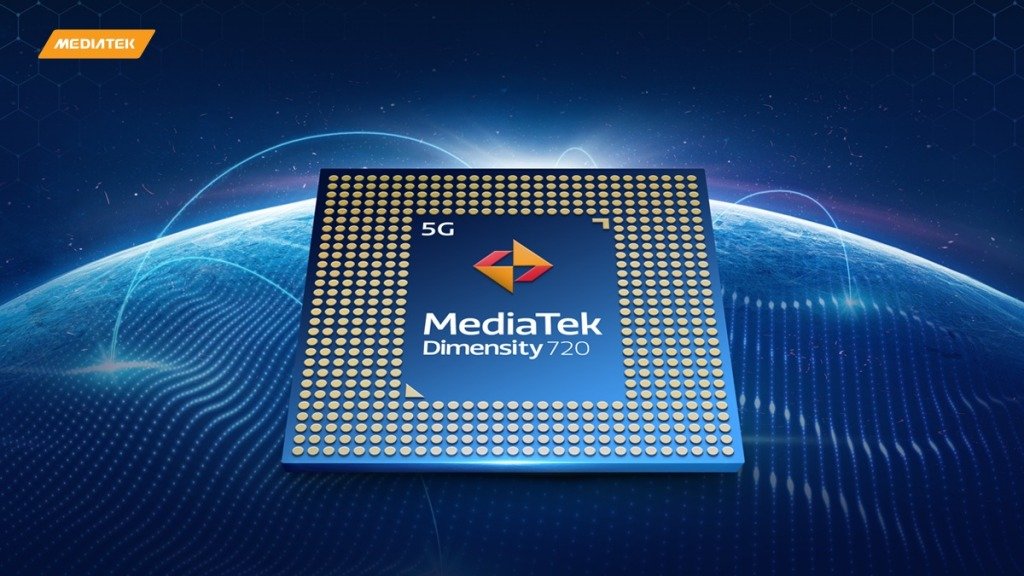 We don’t have any information on when this is available to partners or when we are likely to see it pop up in a device, but I hope we see it soon as Qualcomm needs some competition in bringing 5G costs down, and Huawei sadly can’t bring that competition to them anymore.

UPDATE: Post-launch, MediaTek Released a few more details about the Dimensity 720, so I will link to their page here but also post this comparison chart below showing how it compares to the Dimensity 820 and Dimensity 1000.