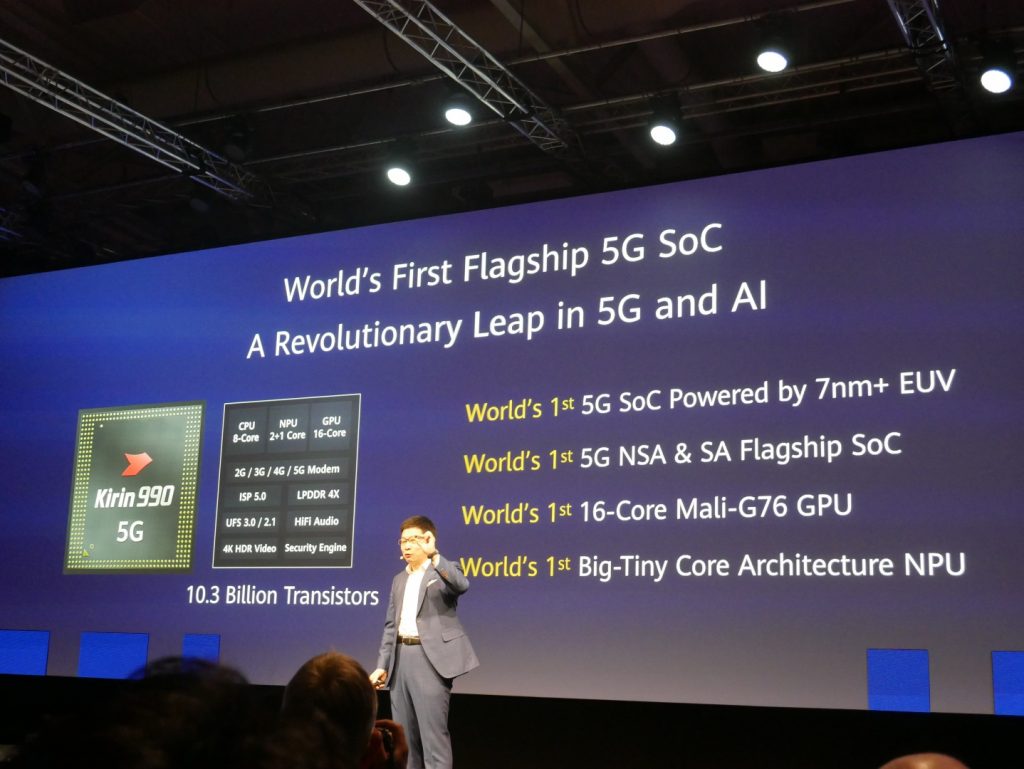 Breaking down the core architecture first, these aren’t using A77 and G77, they’re using the tried and true A76 and A55 combo with a different configuration of Mali G76 GPU. I’m going to be listing the details for the Kirin 990 5G, but the LTE model does vary a bit, and there will be a chart at the bottom. 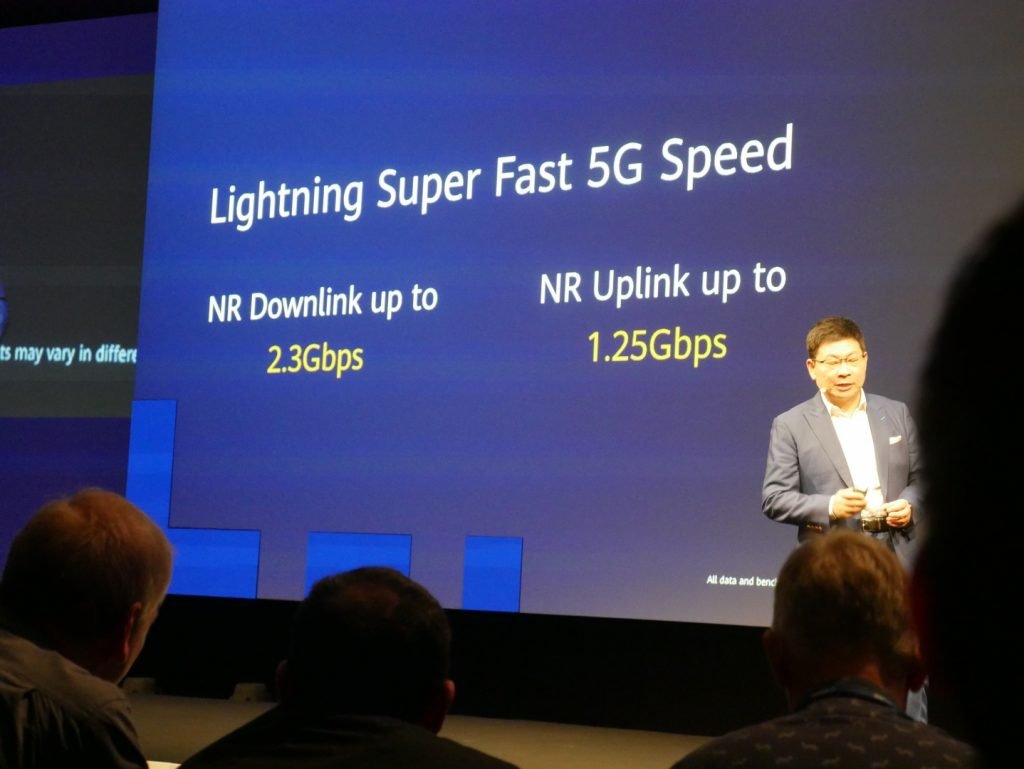 The core setup is near identical to last year, three clusters, 2x Cortex A76 performance cores, 2x Cortex A76 middle cores, and 4x Cortex A55 power-efficient cores. The big Cortex A76s are running at 2.86Ghz, the middle cores are running at an improved 2.36Ghz up from the 1.8Ghz of last year, and lastly the power-efficient cores are now at 1.95Ghz. The G76 GPU is also changed this year, going from 10 cores at 750Mhz, to a much wider 16-core design at a slower 600Mhz. 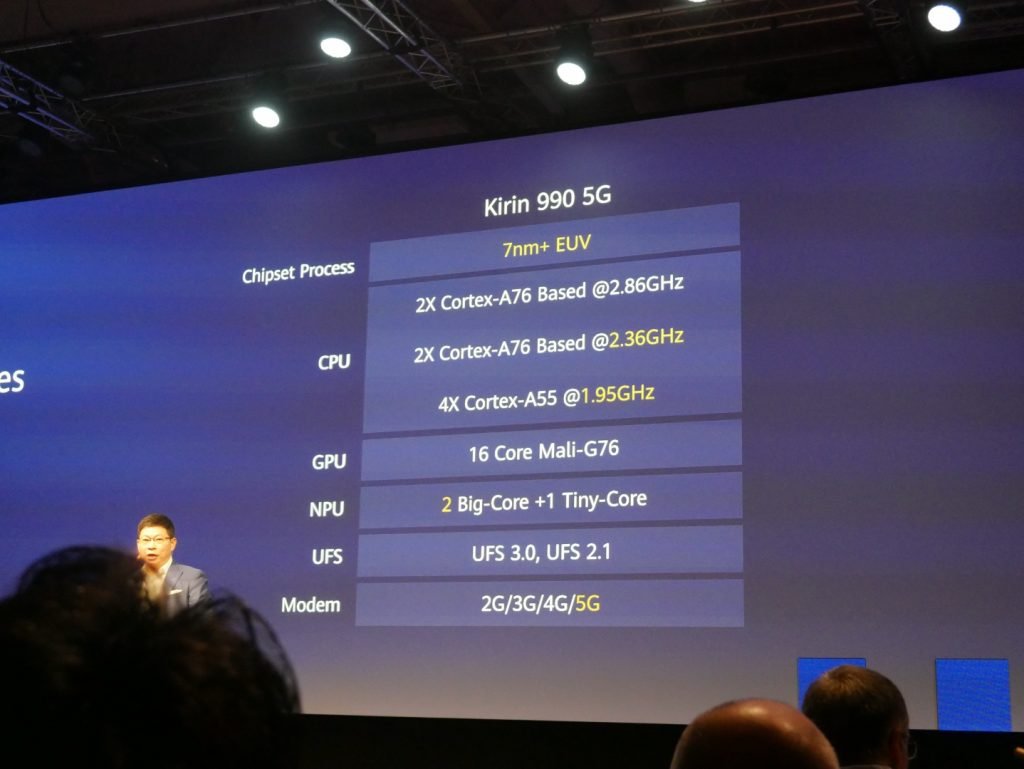 Huawei has also changed up the NPUs this year. For the last few years they’ve been using “off the shelf” chips from Cambricon, going from 1 in the 970 to 2 in the 980, in the 990 5G they have switched to their in-house DaVinci architecture, and much like ARMs big.LITTLE CPU system, Huawei is employing what it calls big.TINY, with one Tiny core and 2 Big cores and 1 tiny core, to me this doesn’t make all that much sense to me, I would have chosen two of the smaller ones. 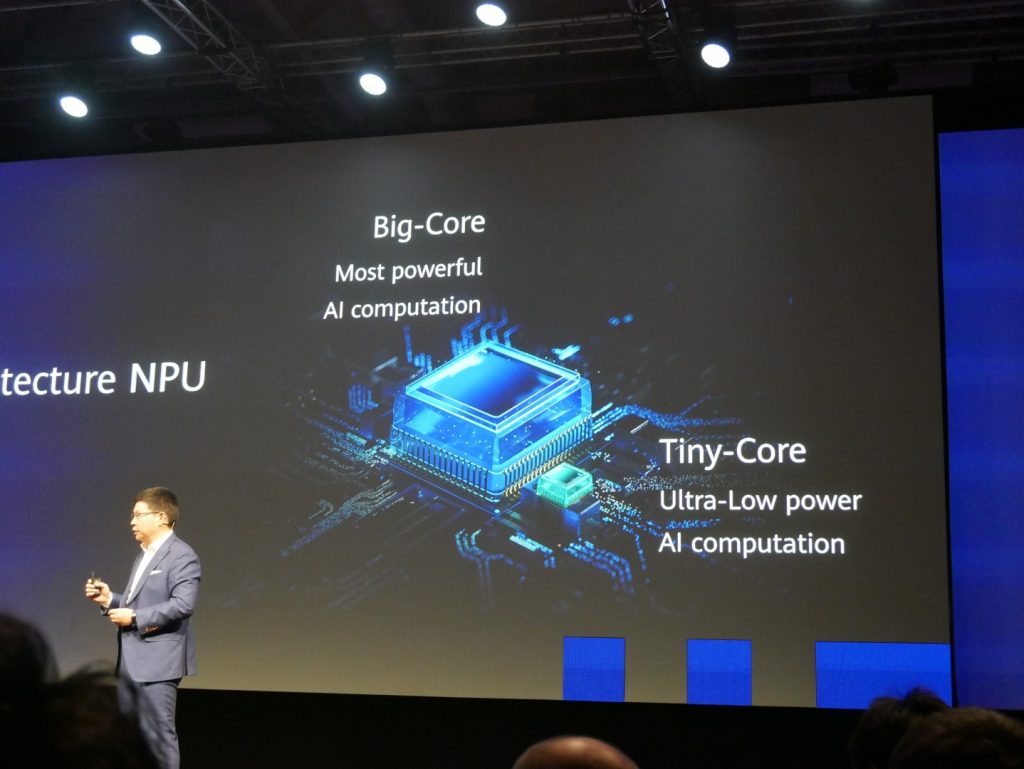 Lastly, the Kirin 990 5G is made on TSMCs newest 7nm+ EUV node, EUV doesn’t bring many if any performance benefits to the table, but power and packaging is much better than before, this allows less leakage of the transistors so power efficiency is worlds better. EUV on the other hands is mighty expensive, which is ones of the reasons why Huawei have made 2 chips this time around.