As it has done for the last few years, HMD under the Nokia brand has been re-releasing historic favourites from the brand as up to date feature phones using KaiOS, LTE and WiFi. We’ve had the venerable 3310, the 8110 Matrix phone (sadly spring slide not included), the 2720 Flip was next, and most recently was the 5310 music phone. The 6300 4G and 8000 4G follow that same route but diverge a smidgen more. 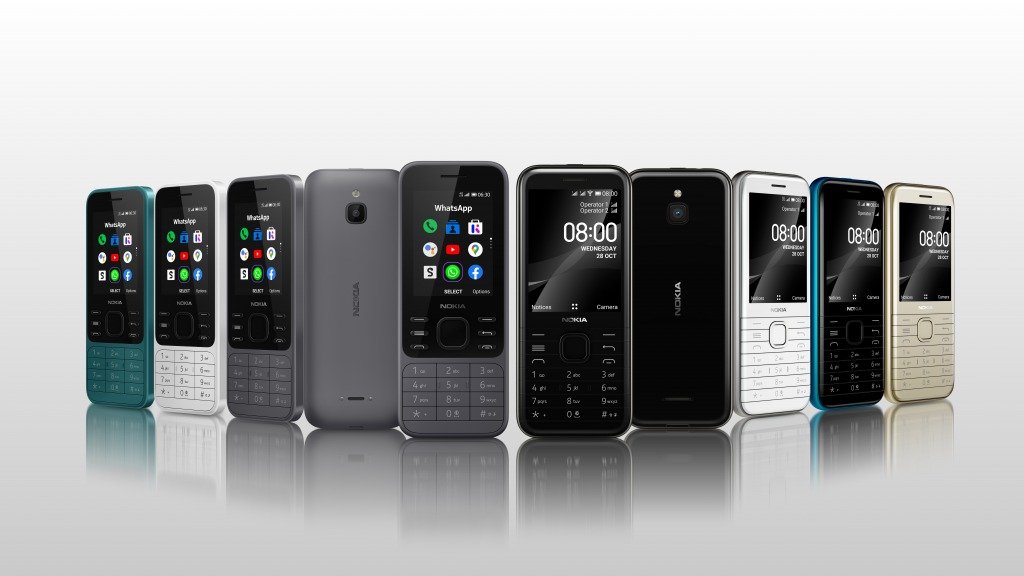 Starting off with the one that’s more interesting to me, the 6300 4G, it’s more interesting to me because I had the original 6300, in fact, I had 4 of them. The 6300 4G has a 2.4” QVGA (320×240) IPS screen, a Qualcomm Snapdragon 210 SoC (quad-core Cortex A7) with 512MB of RAM and 4GB of internal storage with a MicroSD card for expansion. There’s a 1500mAh battery, a MicroUSB charging port along with a 3.5mm audio jack, lastly, there is a single VGA camera on the back with an LED flash which can double as a torch. This is wrapped up in a quite nice polycarbonate shell. Whilst I’m quite miffed that they metal shell of the prior version has been dropped here, sacrifices had to be made to get it to the £59.99 price point, and Nokia has been known to make some of the better Polycarbonate shells out there, remember the Nokia N9/Lumia 800? The colours are Cyan green, Powder White and Light Charcoal 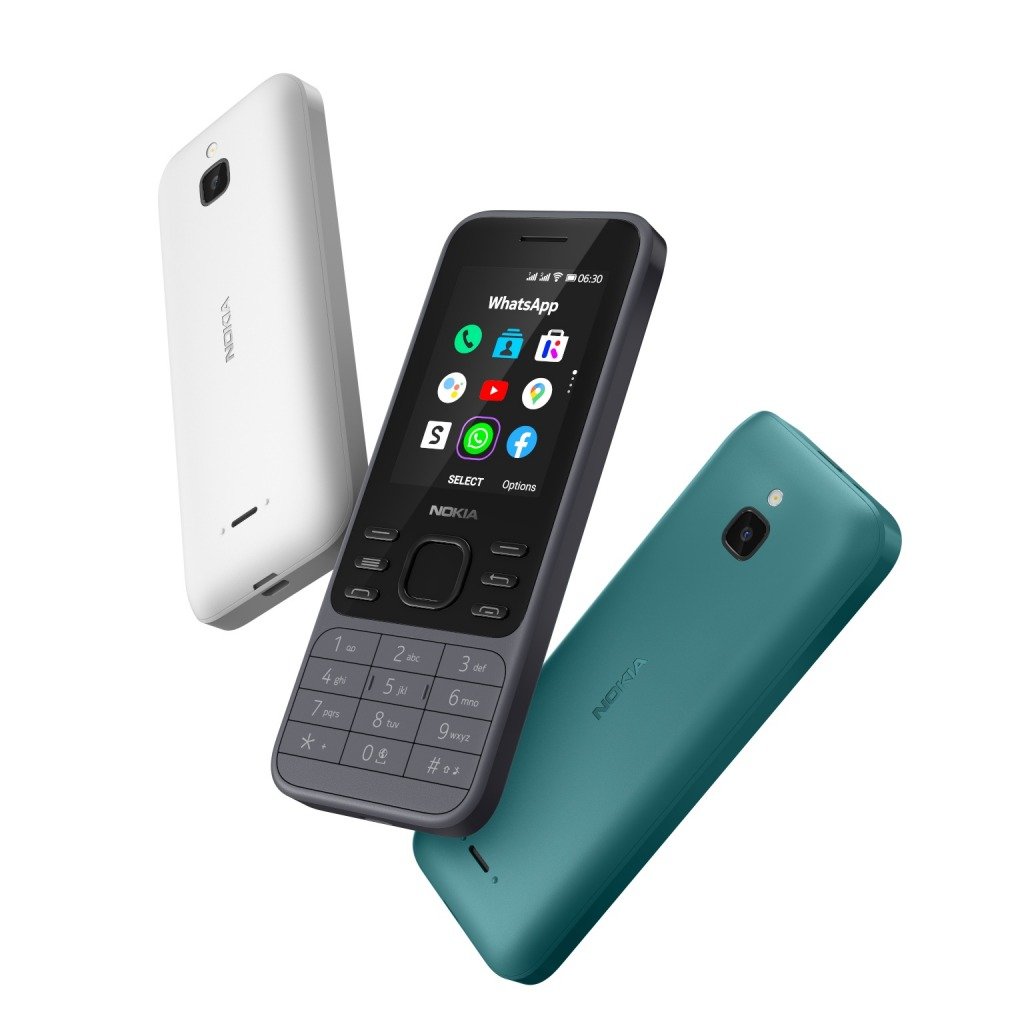 Next is the Nokia 8000 4G. The 8000 wasn’t really a phone I had much interest in before (mainly being broke) the main difference here over the 8000 series of old is that this is no longer a slider, but a more traditional candy bar design, for better or worse. The metal is gone here too, with an, and I quote “ Precision crafted Glass-like shell” whatever that means, it’s likely a glossy polycarbonate, which is my least favourite kind, it does come in nice colours though, Onyx Black, Opal White, Topaz Blue and Citrine Gold. Specs-wise they’re mostly the same, Snapdragon 210, 512MB of RAM, 4GB internal storage, MicroSD for expansion up to 32GB, MicroUSB charger for the 1500mAh battery, only the camera gets an upgrade to 2MP, still with the LED Flash doubling as a torch. 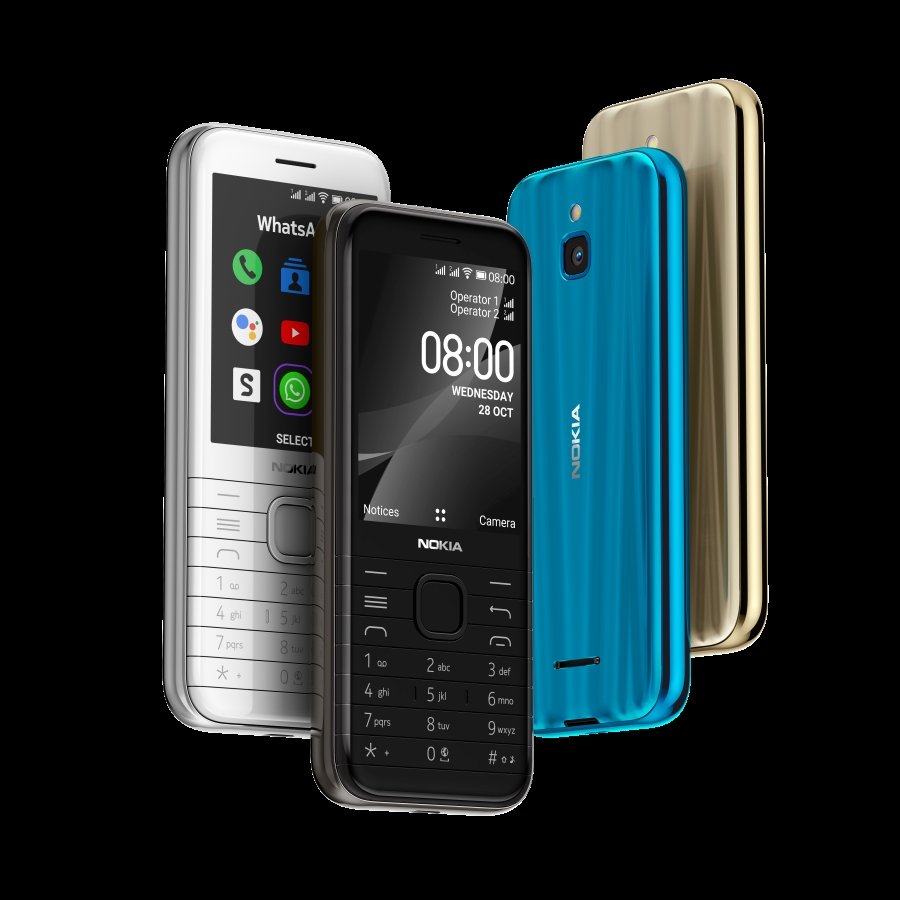 Of course, what makes these new phones interesting is the software they run. KaiOS is a very stripped down, smart feature phone platform, you have 4G LTE support with niceties like VoLTE (making high-quality voice calls over 4G) VoWiFi (the same but over WiFi) and of course that includes WiFi support, you can even use the 4G LTE connection as a hotspot for other devices. KaiOS also has an app store with staples like WhatsApp, Facebook, Google Maps, and interestingly, Google assistant. Google Assistant on the KaiOS powered Nokia phones are exciting, and I’d love to see how well they work.

The 6300 4G will cost £59.99 and be available in late November. Whereas the 8000 4G will cost a bit more at £79.99 and come in early January. We are going to try and get one of if not both of these models in for review, if for nothing else than Nostalgia, stay tuned.