And so it begins…. 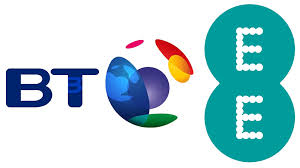 Some time back I claimed that I thought with BT taking over EE (as has now been waved through) that the best thing that could happen for consumers would be Three being given the okay to gobble up O2. What’s more I think we are already beginning to see the start of a three-way war for your money.

In the last few weeks you see, Three have been desperately throwing off every one from the old “One Plan” and then low, they proclaim that should they get the nod to become O3 they will freeze existing customers plans costs for years. Three may a pissed of many customers doing so but in fairness the deals they offer if your big data user still spank what everyone else offers, right?

Today however we have seen EE launch a bunch of new plans, some exciting new SIM only ones. If we ignore for a moment the introductory 3 months half price bit, their new top offering will give you a curious 16GB of data. Oh and unlimited calls and minutes but really who cares about those anymore? Not only does this mean EE have bumped up their maximum data offering, it’s also starting to get better value at just £35. Some look quite compelling, like a 6GB/unlimited/unlimited is £25 a month. They still of course offer plans with stupidly silly small data caps but it’s a big step in the right direction of you ask me.

Then what happens? Vodafone, yep Vodafone come out with a SIM only tariff that they are clearly aiming it disgruntled Three users being kicked off their One Plans. Just £20 a month for 20GB on SIM only and the even subtitle the deal with “Great news for Three customers.”

Vodafone isn’t really known for its great value bundles but damn, 20GB/unlimited/unlimited is by any measure a pretty damn good deal. Hell, the thing even comes with a 12 month subscription of your choice Nexflix, Spotify, Now TV or some Sky Sports thing. Plus, yes something else, they even give you their weird “Data Test Drive” where you get unlimited for the first two months. I suppose that’s to see if maybe a bigger data plan would suit you better but 20 is the most they will sell you. Still, 20GB for £20 with unlimited calls and texts, if this is way things are headed and this is Vodafone’s declaration of war then as a consumer I only really have one thing to say.