Domenico is our projector specialist, I’d say, but today I’m just going to take the task to write this article. No, it isn’t a projector review… DBPower contacted me to see if I’d like to give you guys this offer on the projector. And, why not? So, here we go.

It’s an Full-HD projector, with a native resolution of 800×480 pixels. The projector has a brightness of 1800 lumen, which should be more than 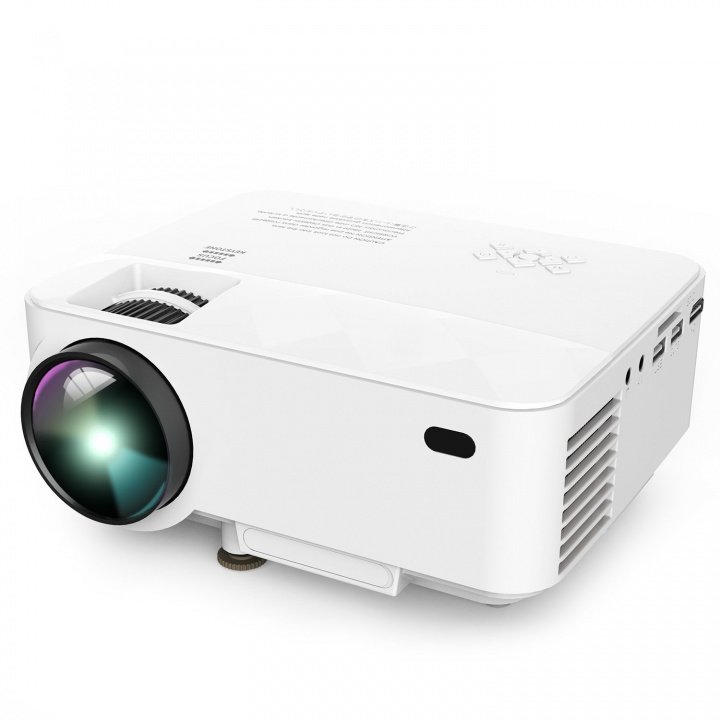 plenty for everyday use. The image projecting technology used by DBPower is TFT-LCD, which isn’t surprising looking at the pricing of the projector.

With the specs mentioned above, the possibility to connect your devices easily via HDMI, and its utterly small footprint of 19 x 7.5 x 15 cm, it’s a perfect movie/series companion. Especially in the darker places of your house this projector is a must’ve.

The projector usually cost around £89.99 on their Amazon store with free shipping in the UK. The following code will get you a £18 discount. This means that the projector will only end up costing you £71.99. Head over to Amazon UK with the discount code listed below, the discount is available until the 31st of December 11:59PM GMT (23:59PM GMT).