Another day, another DBPower Holiday Deals article, though… Well, the discount is available till the end of January, so it’s more like a Holiday+ Deal article. Today we’re talking about the DBPower 4K Action camera, and to be a little more specific their N5 model. 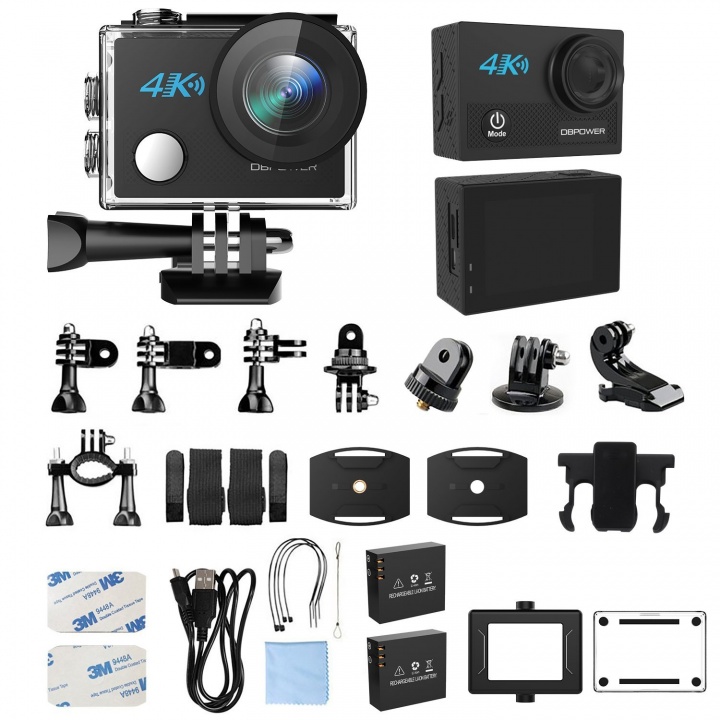 shoots at 24FPS, 2.7K (whatever resolution that might be) is at 30FPS, 1080P can be used at 60FPS and the typical stuff happens at 720P with a frame rate of 120FPS. The footage is shot with a Sony CMOS sensor with a 20MP resolution, with a 170 degrees field of view. Turning on the gyroscope while filming will enable EIS which will help stabilizing footage, which can come in handy especially with an action camera.

That’s that, but if you think I’m done here, you’re wrong. The DBPower action camera comes with a lot of accessories. Inside the box you’ll of course get the DBPower 4K Action Camera, a water-resistant case (up to 30M) for the action camera, a bracket to mount it on your bicycle, some 3M stickers to attach it to various places, a USB cable for data transfer (which can be done via Wi-Fi as well…) And, last but not least, you get two rechargeable batteries inside of the box.

The action-camera usually cost around £76.99 on their Amazon store with free shipping in the UK. The following code will get you a £28 discount. This means that the action camera will only end up costing you £48.99. For £48.99 this camera is extremely cheap, especially when taking into account that all accessories you pretty much need, except for the microSD card, is included inside of the box. Head over to amazing using the discount code listed below… Enjoy!