Xiaomi Launches in the UK with a bang!

I was invited up to London to attend the UK launch of the Xiaomi brand in the UK, and wow was there a lot. From Smartphones to fitness bands, to laptops, to scooters, Xiaomi had a lot to show off and they are very happy to be here. 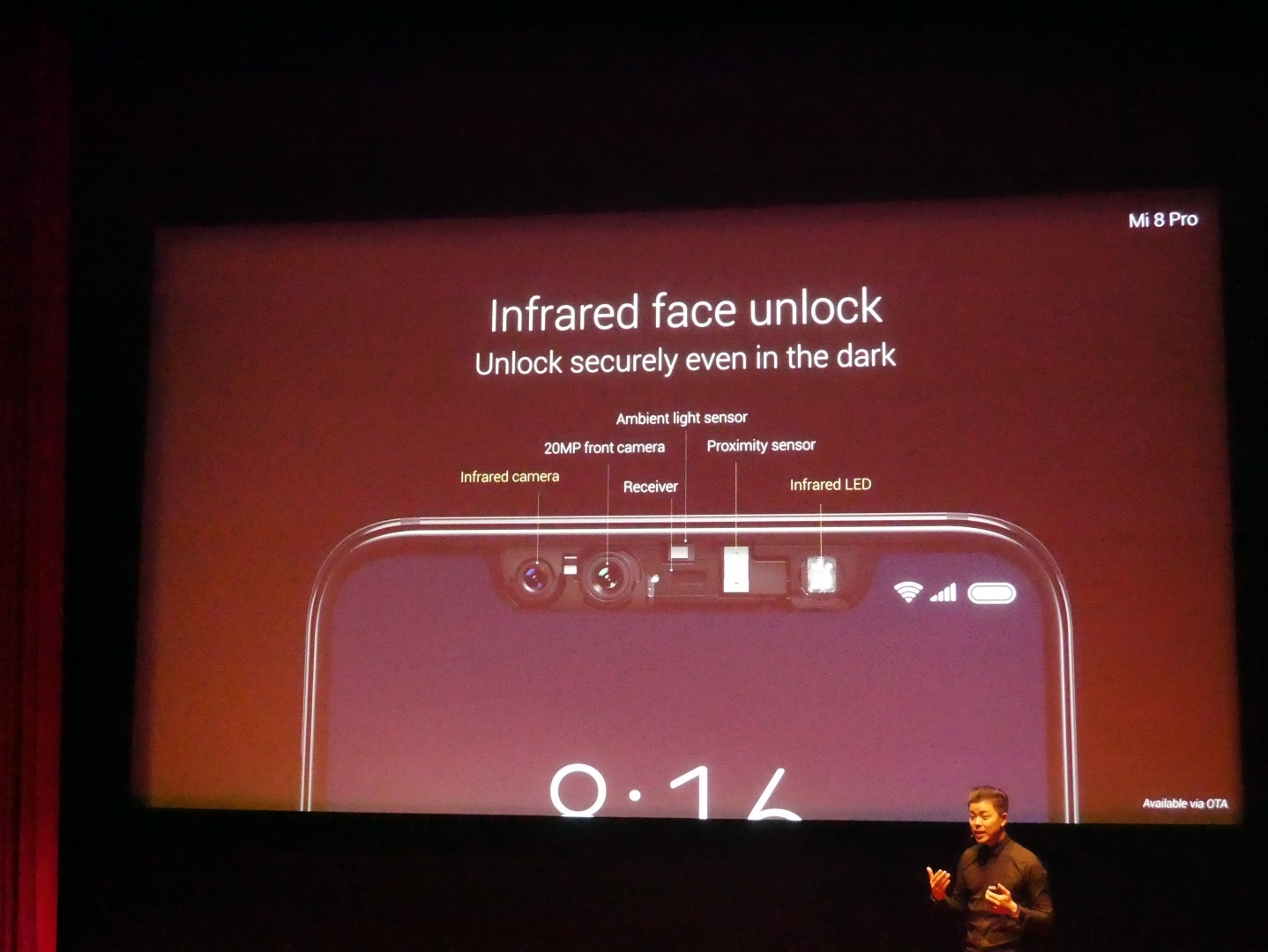 Just Jumping into what was announced at the event, Xiaomi started off with the Mi8 Pro, which appears to be a worldwide version of the Mi8 Explorer edition from earlier this year. The Mi8 Pro is a stunner, a real stunner, you have a gorgeous 6.21″ Curved OLED screen which is FHD+ meaning 2248×1080, which sounds low, but the Mi8 Pro screen was gorgeous, plenty vibrant and had great viewing angles. Underneath that screen is a pressure sensitive fingerprint scanner from Synaptics, a fact that Xiaomi was actually happy to call out Synaptics by brand, bold move if it backfires. 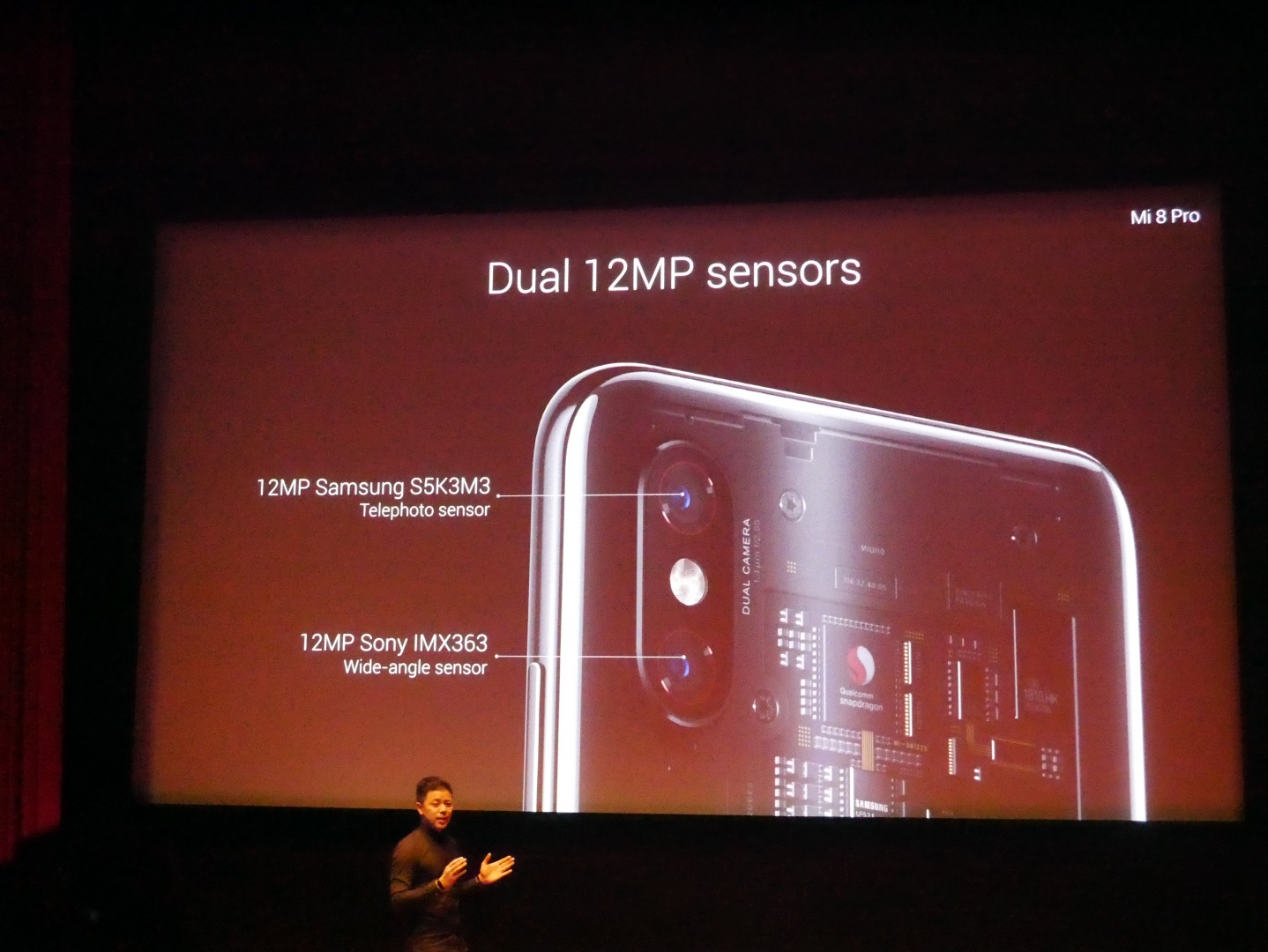 Up top, that screen does have a notch, however you feel about them, I just don’t happen to care all that much. But at least this notch does serve some sort of purpose, it is to hide the IR cameras up there, yup, Xiaomi has put the tech in there for 3D face scanning, not quite as fancy as the Huawei and Apple implementations with Laser projectors and flood illuminators, but this works really quite well and is remarkably fast in my limited testing. Also up there is the 20mp front-facing camera, another thing that Xiaomi was pretty proud to call out in the announcement. Xiaomi is using the Samsung S5K3T1. Now I won’t go into too much detail just yet but one of the cool features It has is native 2×2 pixel binning, taking the rather minuscule 0.9-micron pixels and making them effectively a 5mp 1.8-micron pixel sensor instead, it’s pretty great. Xiaomi also called out the two rear cameras, a pair of 12mp sensors, one from Sony (the IMX363) and the other from Samsung (the S5K3M3) the main wide-angle sensor is the Sony one, with the Samsung sensor being the telephoto sensor with a 2x lens on it, pretty neat!. 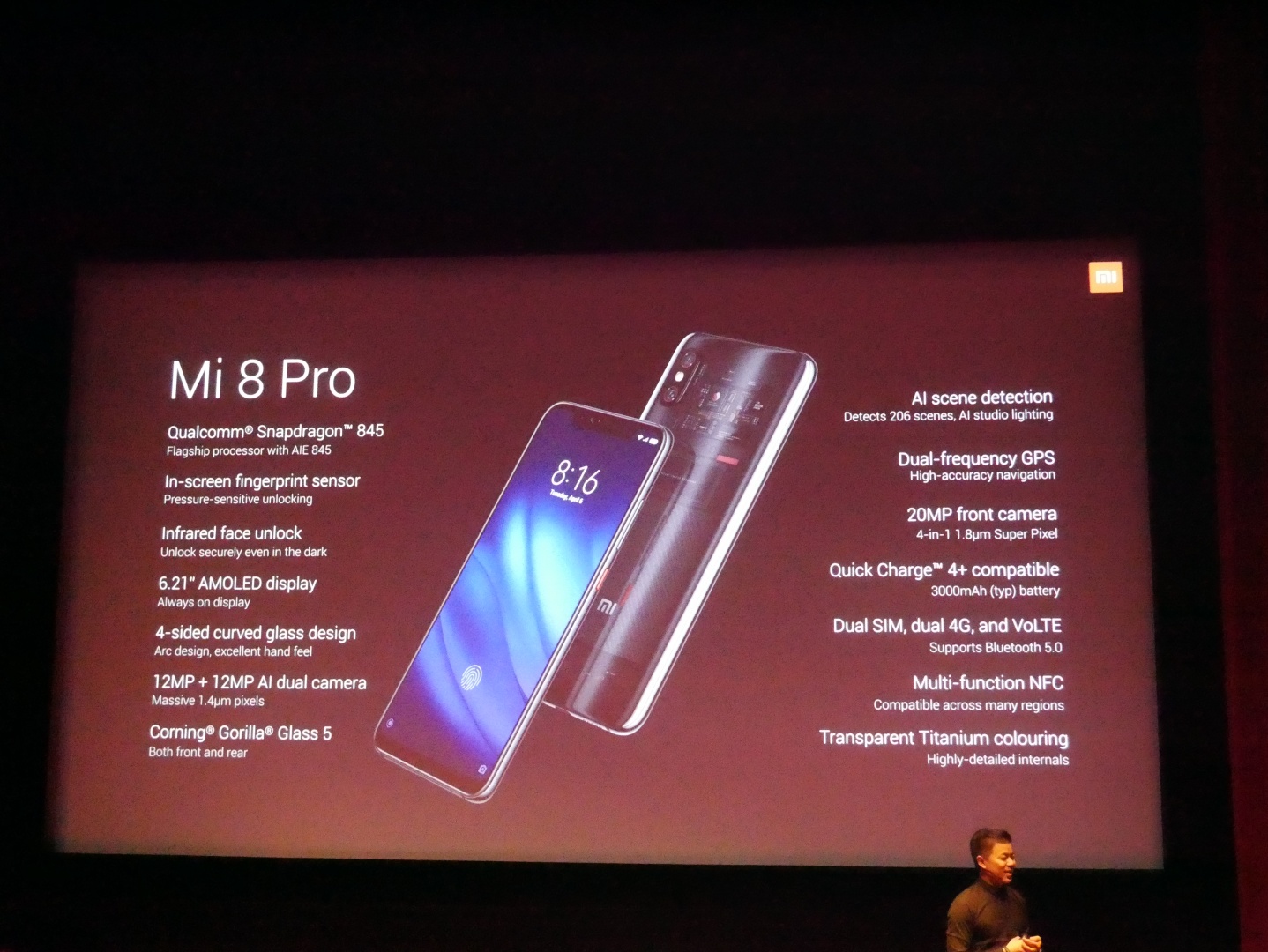 Specs wise, the Mi 8 Pro is just about as high end as it gets, with the Snapdragon 845 from Qualcomm, 8GB of Samsung LPDDR4X RAM and 128GB of Samsung UFS2.1 storage, a nice but also somewhat table stakes thanks to companies like OnePlus, but Also Xiaomi’s own Poco F1, so where does the Mi 8 Pro stand out? well, design and fit and finish. Like OnePlus, Xiaomi this year has spent the extra time and development effort into polishing a design that works well. The Mi 8 Pro isn’t radically different externally from the Mi6 (aside from the notched display and removal of fingerprint sensor) so when Xiaomi started showing us the phones and telling us the rear glass was infused with Titanium to give it a different smokey look and texture, I started to pay more attention. They then showed us the ornamental PCB under the glass with a PCB and components on it, unlike with the Explorer Edition, Xiaomi was upfront in telling us that this is purely an ornamental board, it isn’t part of the actual function of the phone, one of the cute Easter eggs on this ornamental PCB is the engraving “132DDe0” next to one of the chips on the board, it turns out that this is actually hexadecimal for the date when the Original Xiaomi Mi1 came out in 2011 Neat! 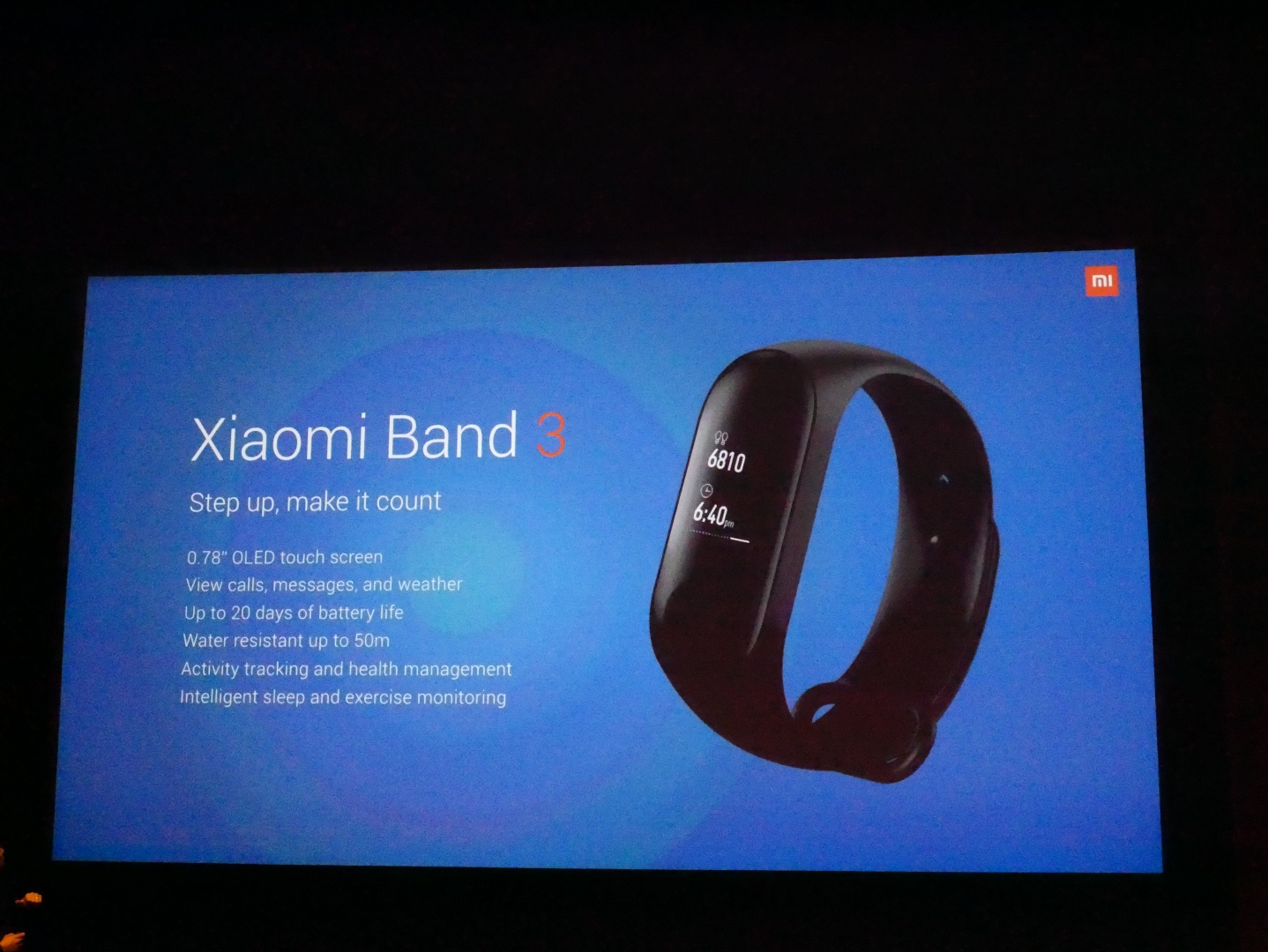 Whilst there is far more I can talk about, I want to move on to the other stuff that Xiaomi announced, that being the Mi Band 3 and the Mi Scooter. Starting with the Mi Band 3, this is the world-renowned fitness tracker that is winning hearts and minds worldwide. this teeny tiny fitness tracker is going to cost just £26.99! a truly insane price for a brand name fitness tracker with a known history and track record of updating things and support, a really cool product!. the front has the 0.78″ OLED display with the touch-sensitive button underneath the display. the battery lasts between 20-30 days and takes about 2 hours to fully charge with the included dongle, sadly you do need to remove the band from the module to charge it, but as it is only once a month, I can get over it. This also allows you to use custom bands with it, and boy are there a ton of them, browsing Amazon or AliExpress is dangerous for your wallet as you will likely come across something that takes your fancy! it’s waterproof to 5ATM (5 atmospheres of pressure) and 50m, meaning I can take this with me to the pool to track my swims, awesome. Next is the Mi Scooter, this is a steal, for £399 you get a scooter capable of travelling 25km/h for 30km! it’s fun, smooth to ride on and just… swish, and if you get in quick, the first 100 sold at the Westfield shopping centre launch on the 18th are going for £100 off, so £299 for that electric scooter? what a steal. 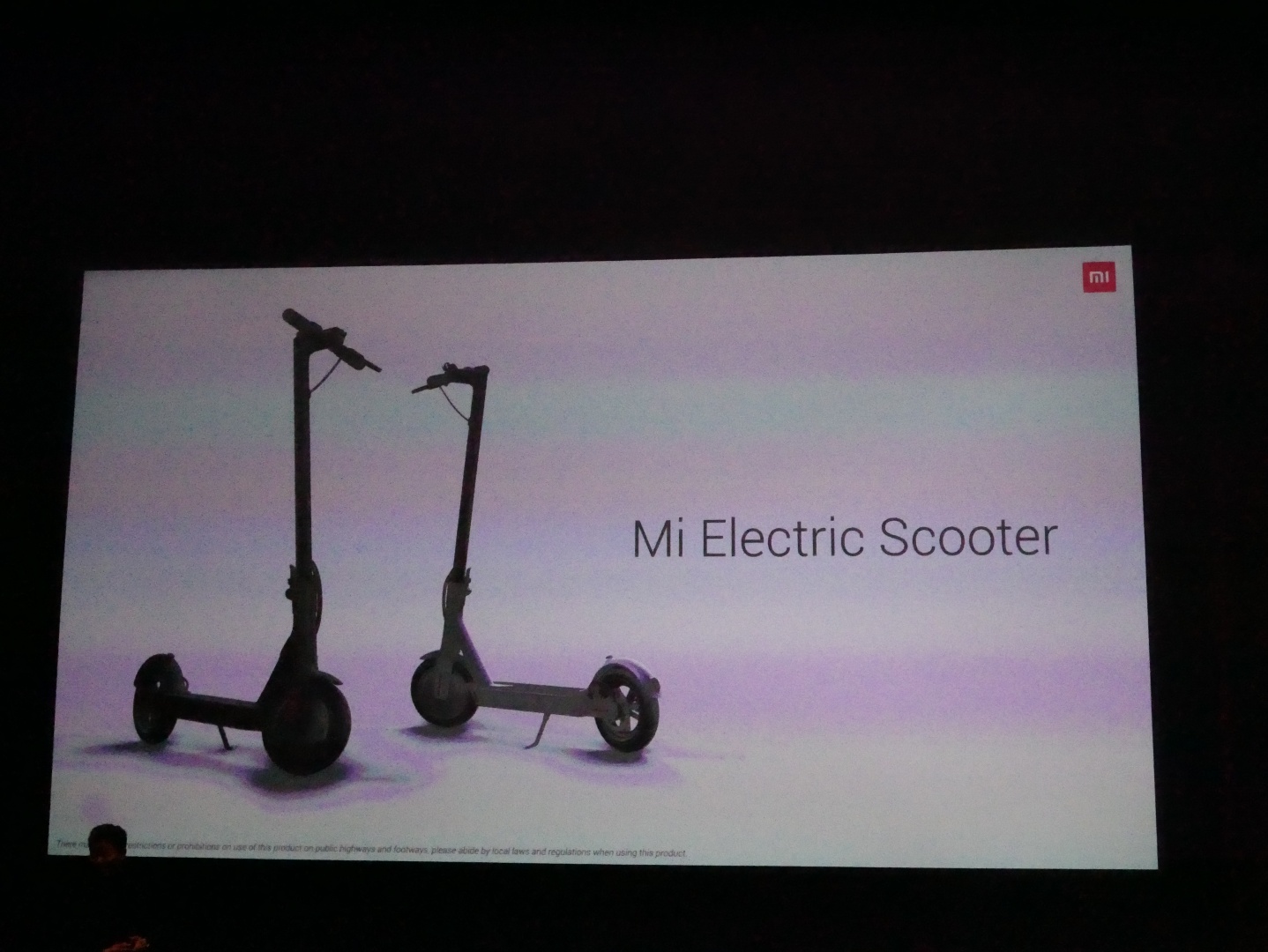 Xiaomi had a swathe of everything they will eventually be bringing to the UK at the event, from the Amazfit Bip and Stratos watches to the Gaming laptop and the Mi Air laptop. Xiaomi also bought their air purifier, their kettle and, my favourite, the Mi Laser Projector. One of the things Xiaomi kept saying during the event, is that they are more than just a smartphone company, and unless you aren’t paying attention, I’m not sure how you could dispute that.