This morning in MWC, Sony took the wraps off of its new flagship phone, the Xperia 1, gone are the letter designations, just numbers from now on, and it has a few cool features, but the biggest one, is the new screen. 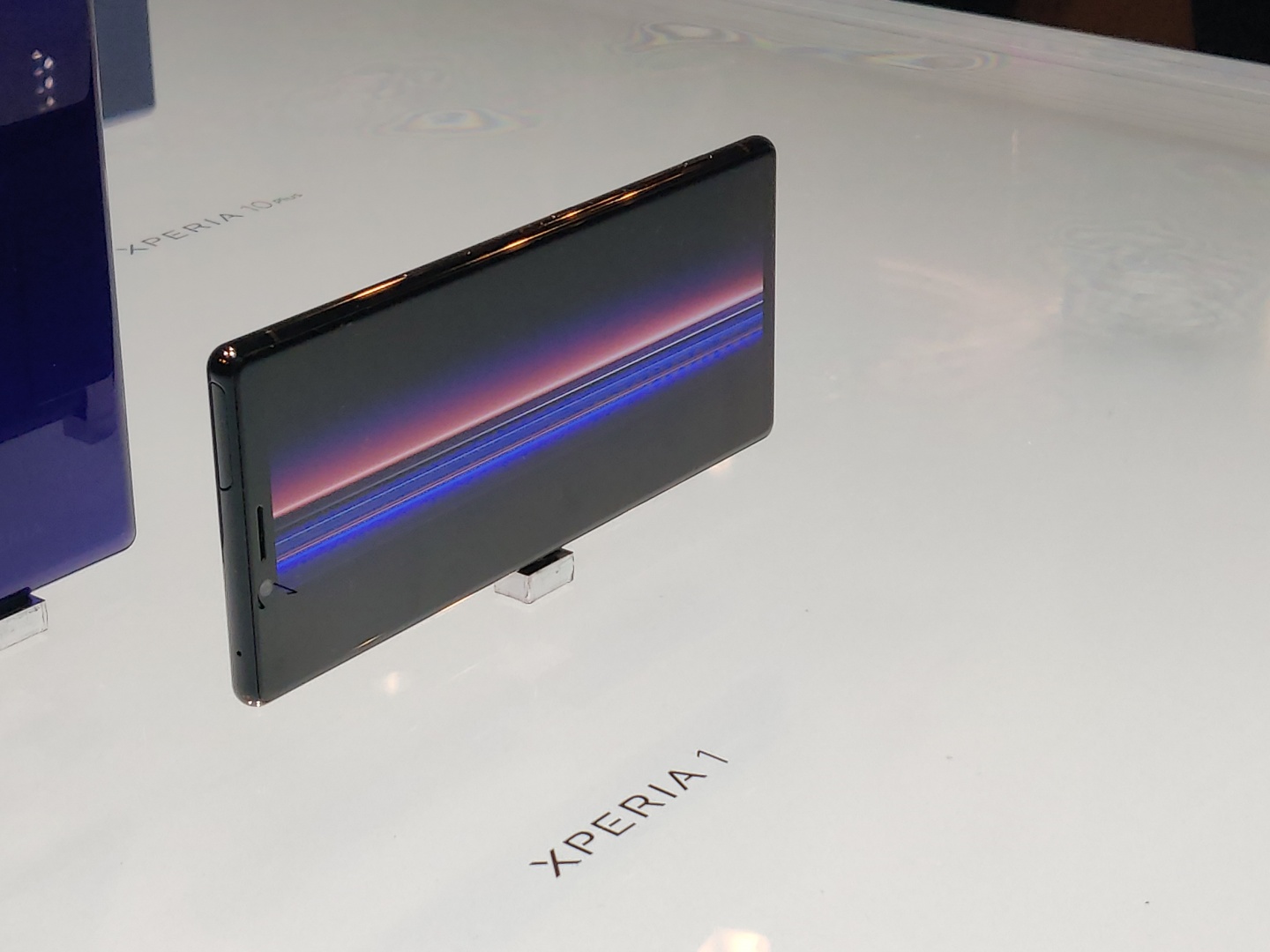 With the Xperia 1 Sony has gone cinema-wide, what that means is, that whilst traditional phones where 16:9, the same as your TV at home, newer phones have switched to a taller 18:9 (or thereabouts) Sony, on the other hand, has gone to the cinema widescreen 21:9 standard, making this screen ridiculously tall, but ridiculously awesome as well. The new Cinema wide-screen means that when you have properly formatted content, it’s going to be a lot more immersive. The screen isn’t just tall though, it’s an HDR screen (no word on whether HDR10 or Dolby Vision yet) with wide colour gamut support, once again meaning that properly made content will look stunning. Not only is it an ultra-tall/wide HDR Display, but it’s also a 4K OLED HDR screen at 6.5”. Sony has gone all out on this, and from the bits, I’ve seen (I’ve yet to get a proper hands-on) It is a stunning screen, gone are the days where Sony was the laughing-stock of mobile displays. 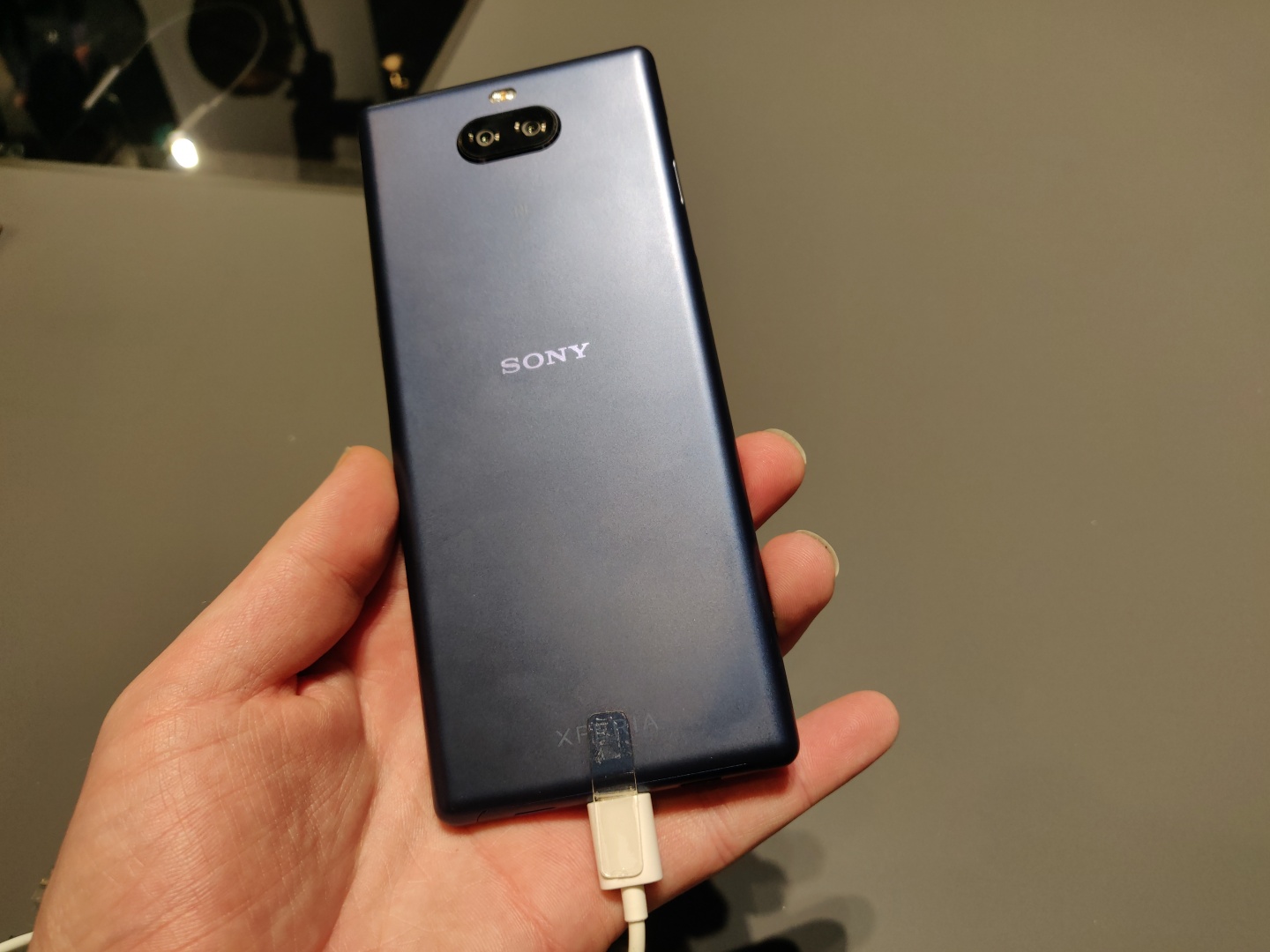 The Xperia 1 is also still a flagship in every other way, so you still get the latest and greatest silicon from Qualcomm in the Snapdragon 855, you still have 6GB of RAM and 128GB of storage, sadly the battery capacity is a pretty paltry 3330mAh with Sony’s Qnovo adaptive charging. We have a side mounted fingerprint scanner in the traditional Sony place, sadly it isn’t under the screen, but given the issues with Optical sensors on the OnePlus 6T and the very immature Ultrasonic Sensor on the S10, is it such a bad thing to have a traditional sensor? 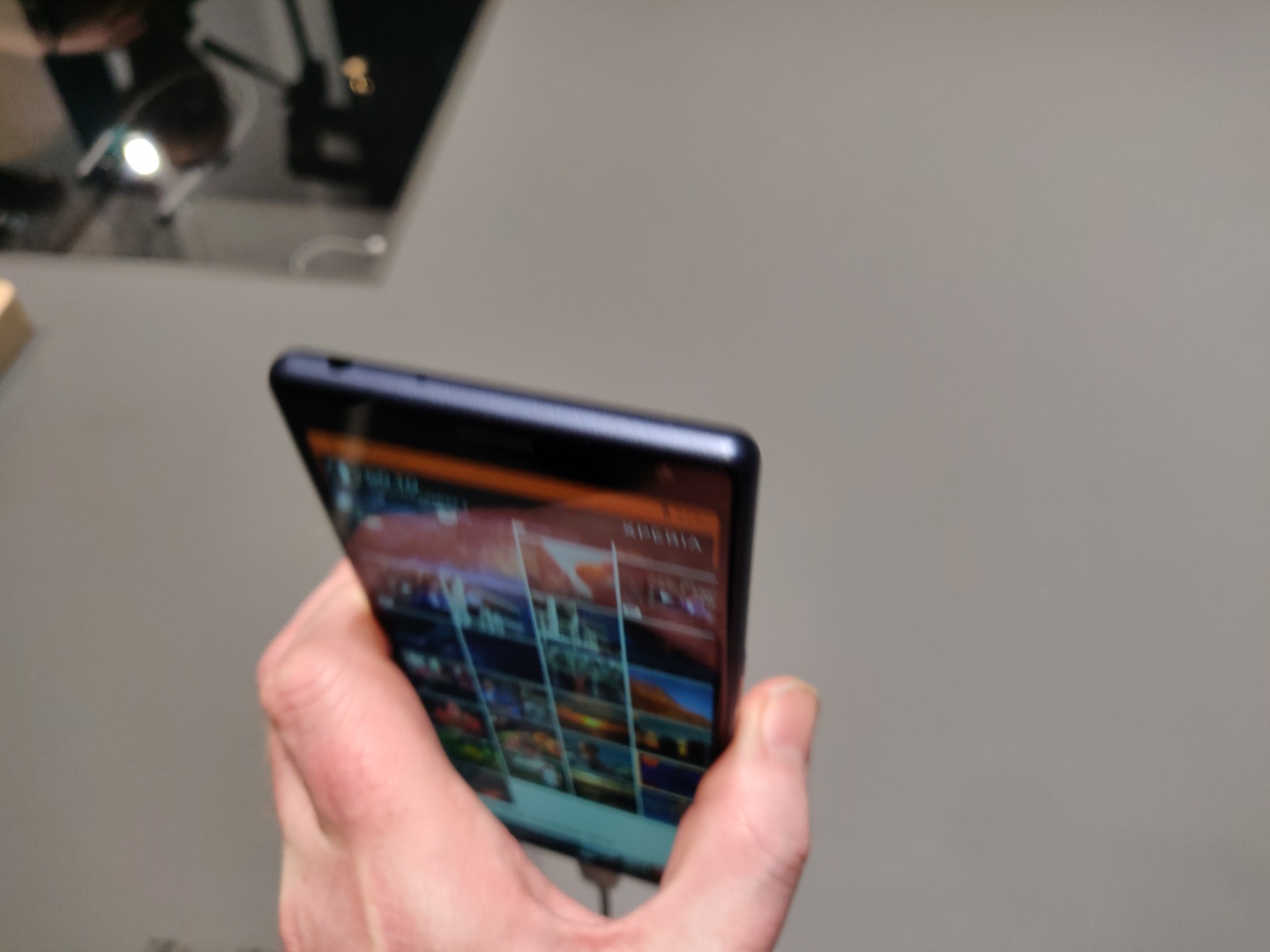 Sony also announced at this event that it isn’t keeping the cinema wide 21:9 screens for its flagships, but instead, it’s also launching two affordable phones with the same tall screen (well, same-ish, they aren’t 4K HDR OLED screens, but they are the still 21:9 and one of them is still 6.5”) the Xperia 10 and Xperia 10 Plus are the midrange devices, they have 3 or 4GB of RAM depending on the model, they have LCD screens instead of OLED ones, the smaller Xperia 10 has a smaller 6” screen which should make it a bit more manageable, as manageable as a phone with a 21:9 screen is going to be. The benefit of this is that the phone is narrower, meaning that it’s easier to one hand it. 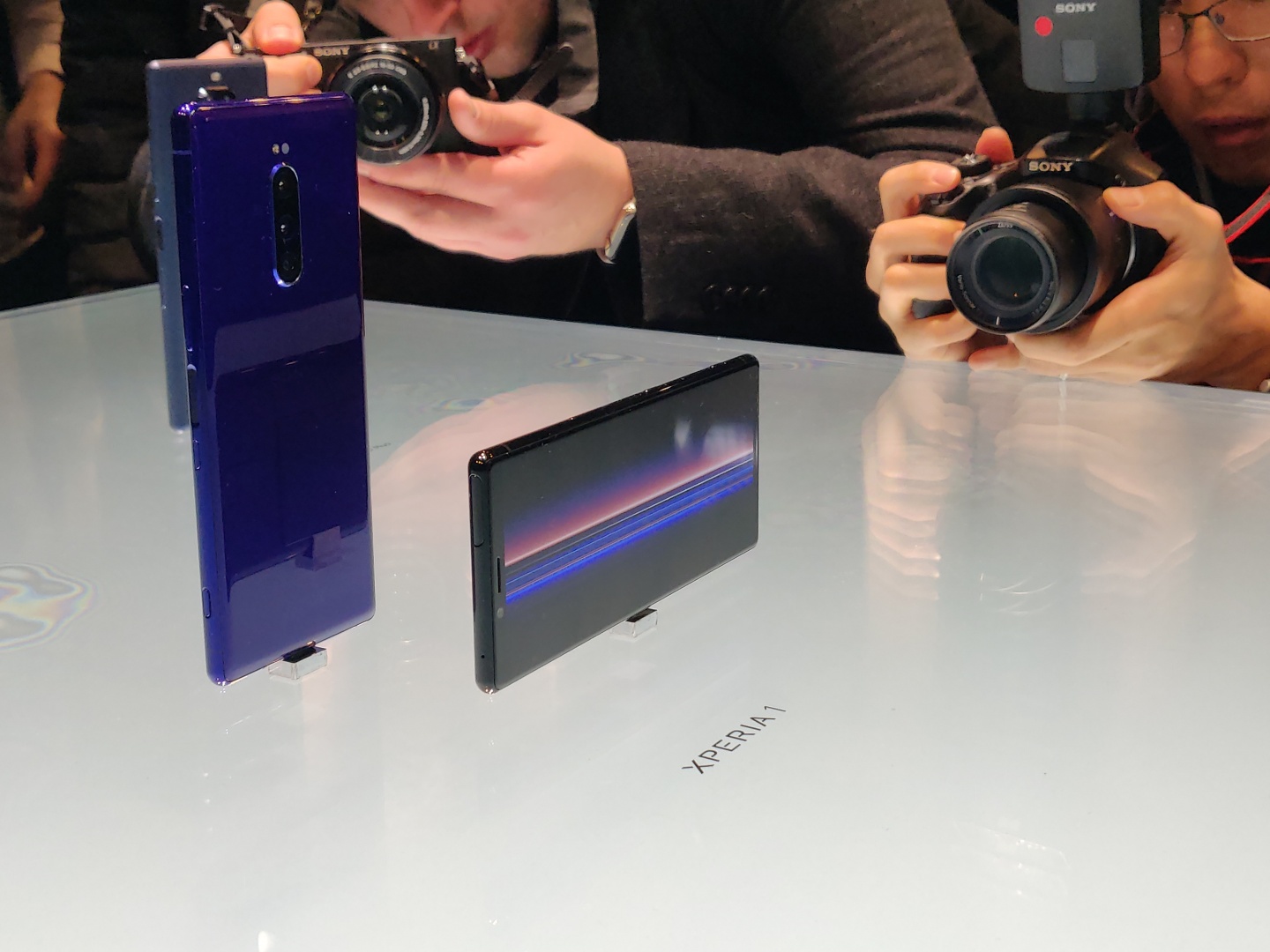 The Cameras are 12mp+5mp on the Xperia 10 and a 12mp+8mp setup on the 10 Plus, and from what we hear they’ll both be able to shoot 21:9 4K which will be an interesting thing to see, I’m not sure if the Snapdragon 636 will provide a great 4K experience, but hopefully the 21:9 shooting option also extends to 1080p. 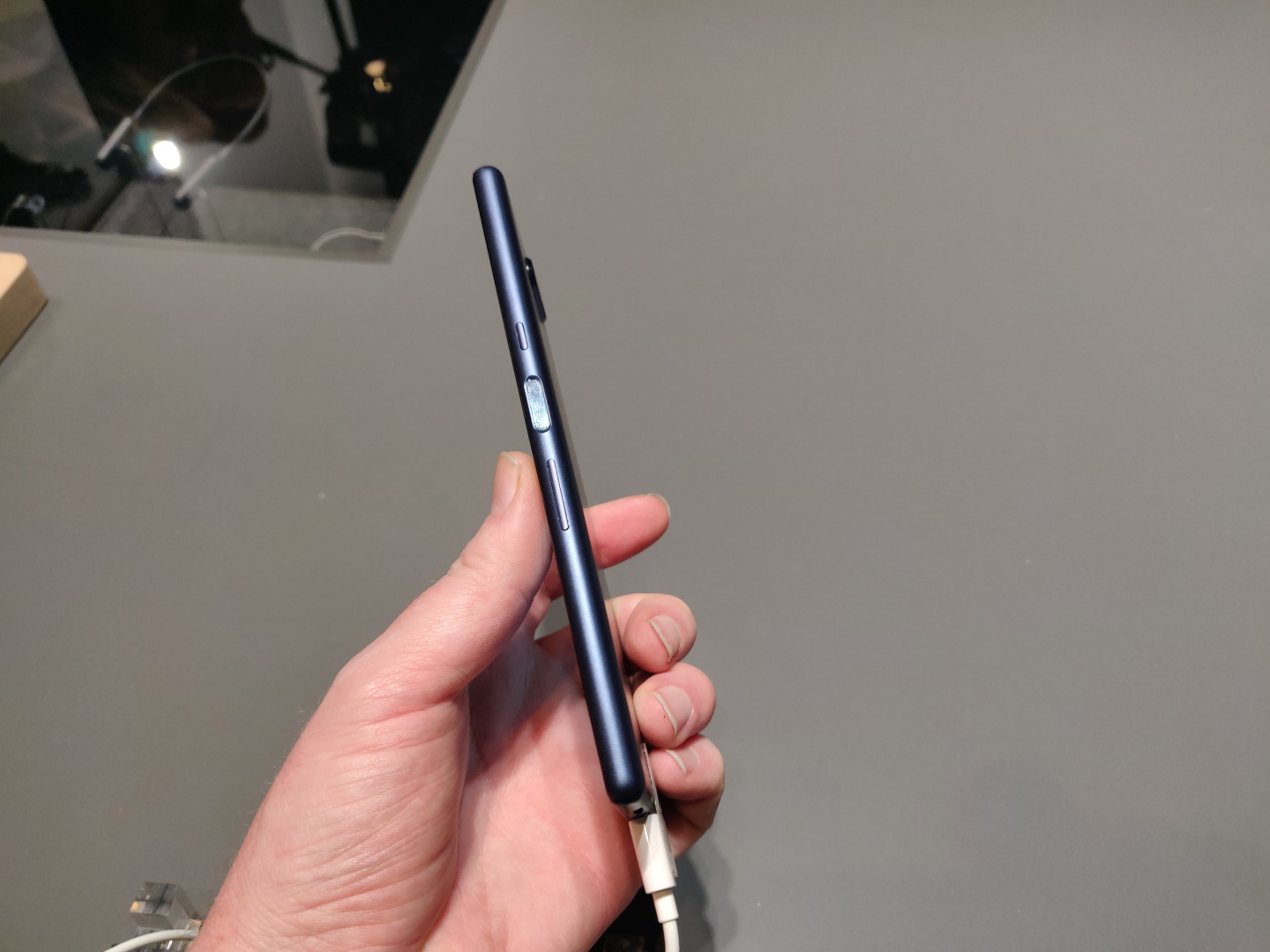 We don’t have prices or availability yet, but the Xperia 10 and 10 Plus are replacing the XA3 lineup so sub £300, and the Xperia 1 is a flagship phone so expect upwards of £700 as well.