At the Unpacked Event in London last night, we got to see a brief glimpse at the long rumoured, often leaked, foldable phone from Samsung, simply called, Galaxy Fold, and whilst I expected it to be disappointed in such a device, it couldn’t be farther from the truth. 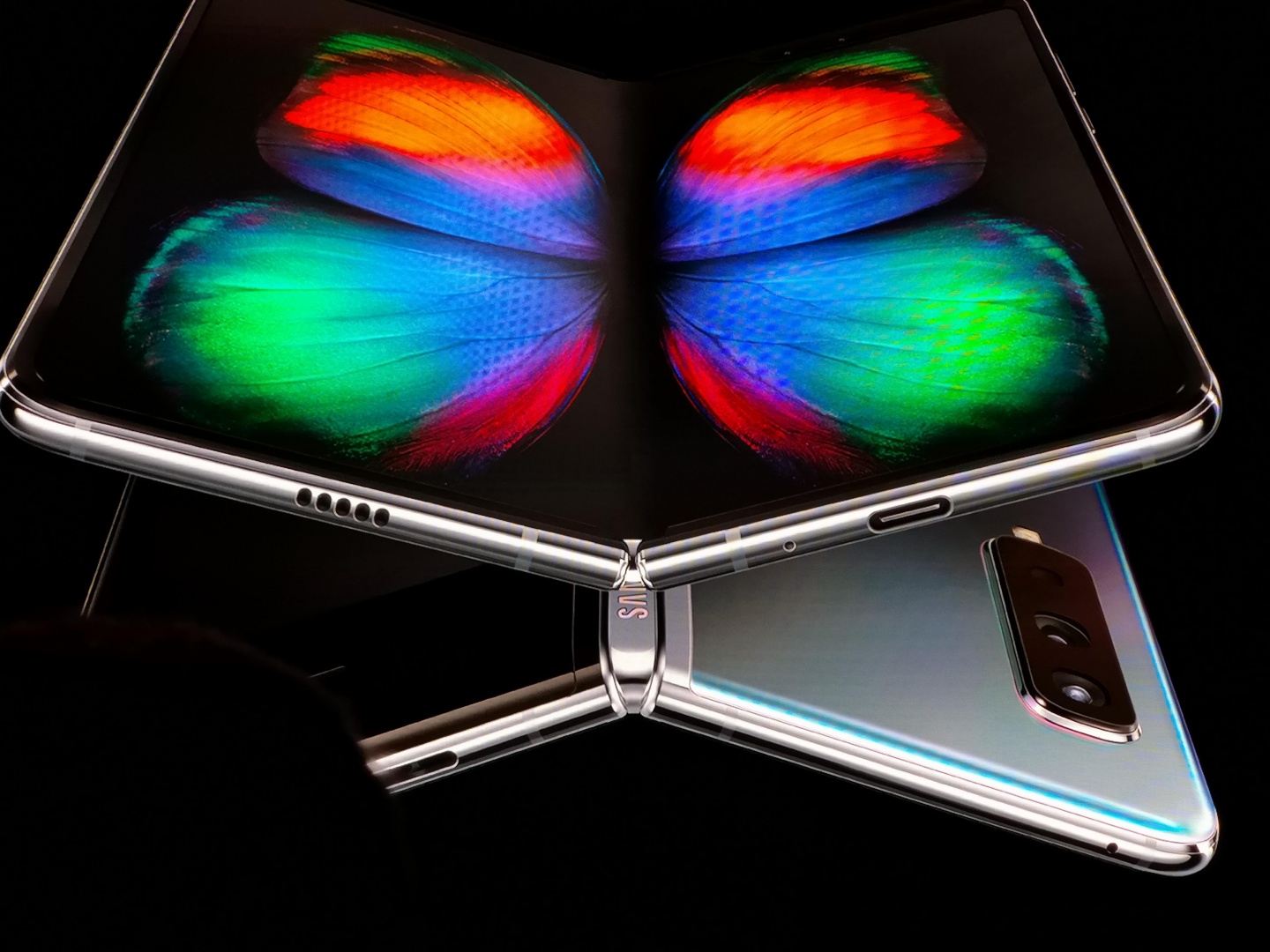 The Galaxy Fold is a foldable with 2 screens, an inner and an outer screen, unlike the Xiaomi prototype with one large screen that segments. The outer screen on the Galaxy Fold is suggested to be a 4.6” 21:9 HD+ Super AMOLED screen. Doing the maths, that works out to be 1680×720, plenty dense for a 4.6” screen. The inner screen is a 1536×2152 Super AMOLED screen at a whopping 7.3”, but honestly, it didn’t look all that large. It looks like a smaller iPad Mini, which makes sense given that 7.85” screen, but the Galaxy Fold’s inner screen looks supremely manageable. 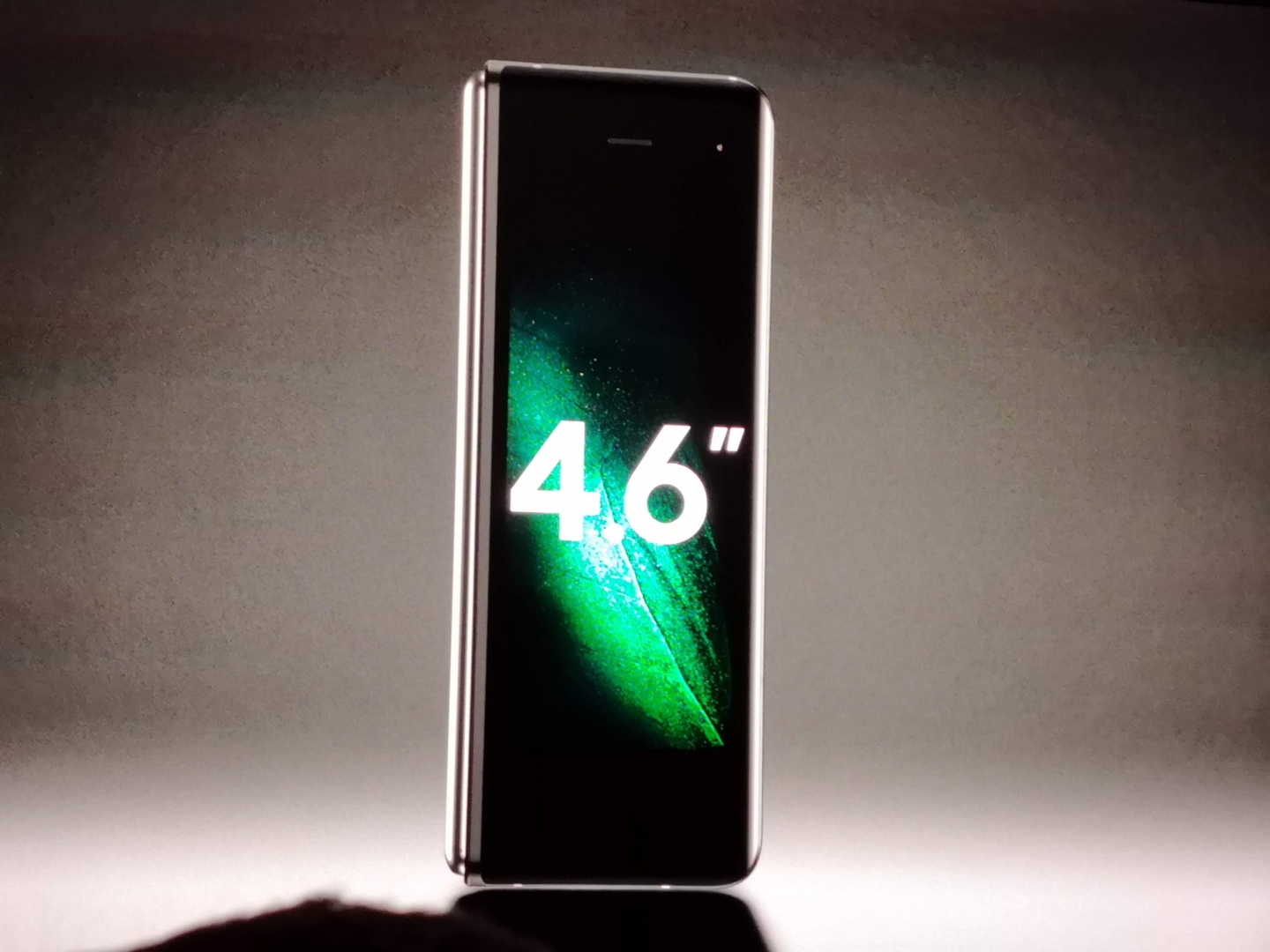 The Galaxy Fold gets a full assortment of flagship specs, a 7nm Snapdragon 855 SoC, 12GB of LPDDR4X RAM, and half a terabyte of storage. The Galaxy Fold even delivers this cool trick where each half of the phone houses part of the battery, and the capacity of the two is shared and load balanced when charging. This is super neat, especially given the capacity included is a large 4380mAh, combined! All of this is topped up by USB-C at 18w. 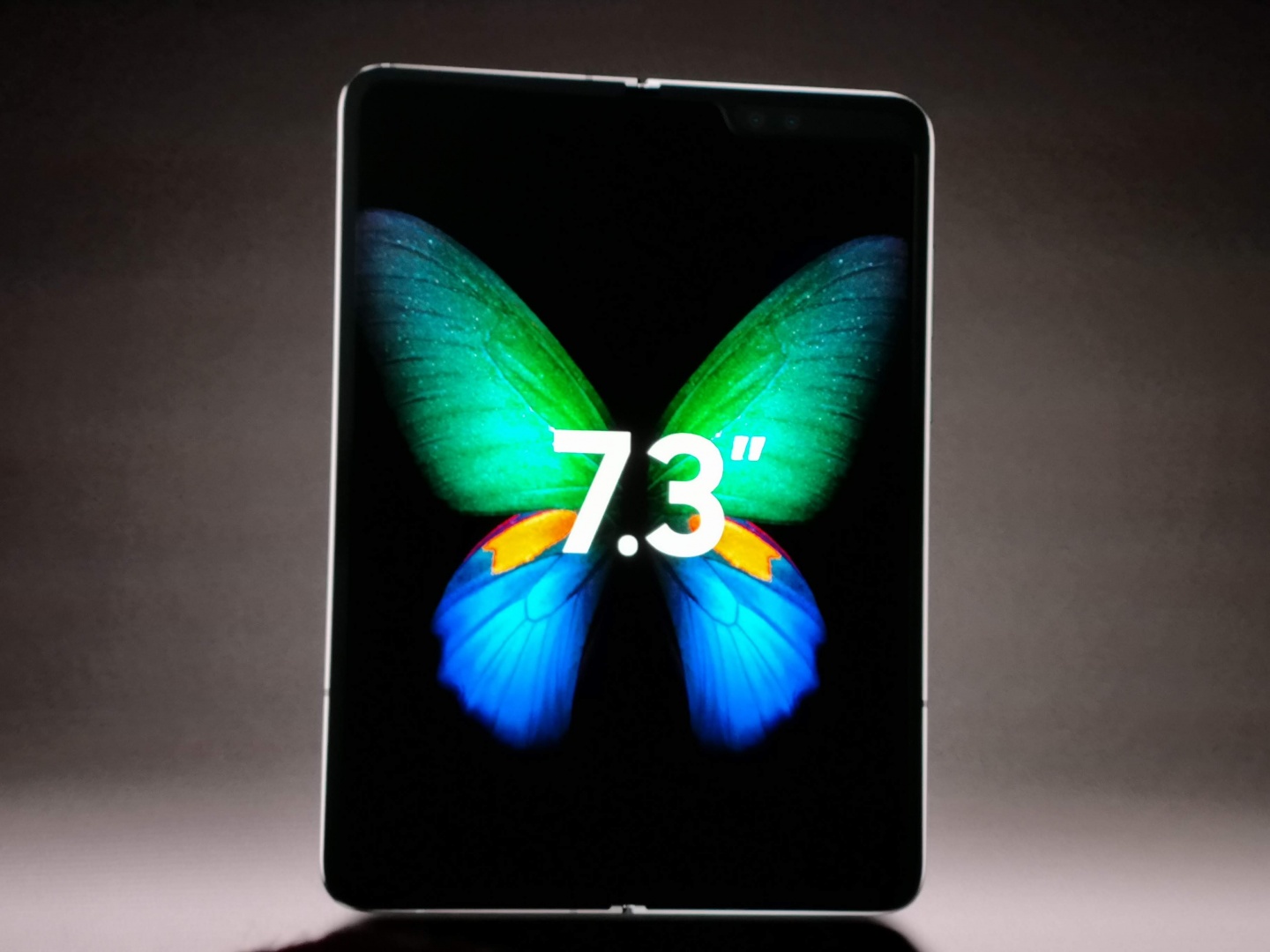 Samsung also went crazy with the cameras here, all 6 of them. The outside of the Galaxy Fold has a single 10mp F2.2 camera for selfies whilst the rear of the Galaxy Fold has a triple camera setup. The first camera has a 12mp variable aperture (F1.5-f2.4 like the S9 series) normal lens with 1.4-micron pixels, dual Pixel Autofocus. The second of the three cameras on the rear is another 12mp sensor, except this is set up for a 2x optical zoom with a 52mm effective lens at f2.4. The last camera on the rear is a 16mp f2.2 ultrawide camera with an effective 12mm lens, making it not quite a fisheye level, but getting close to it. Then we open the Galaxy Fold up and see two more cameras, a 10mp F1.9 and an 8mp f2.2 with dual pixel Autofocus. 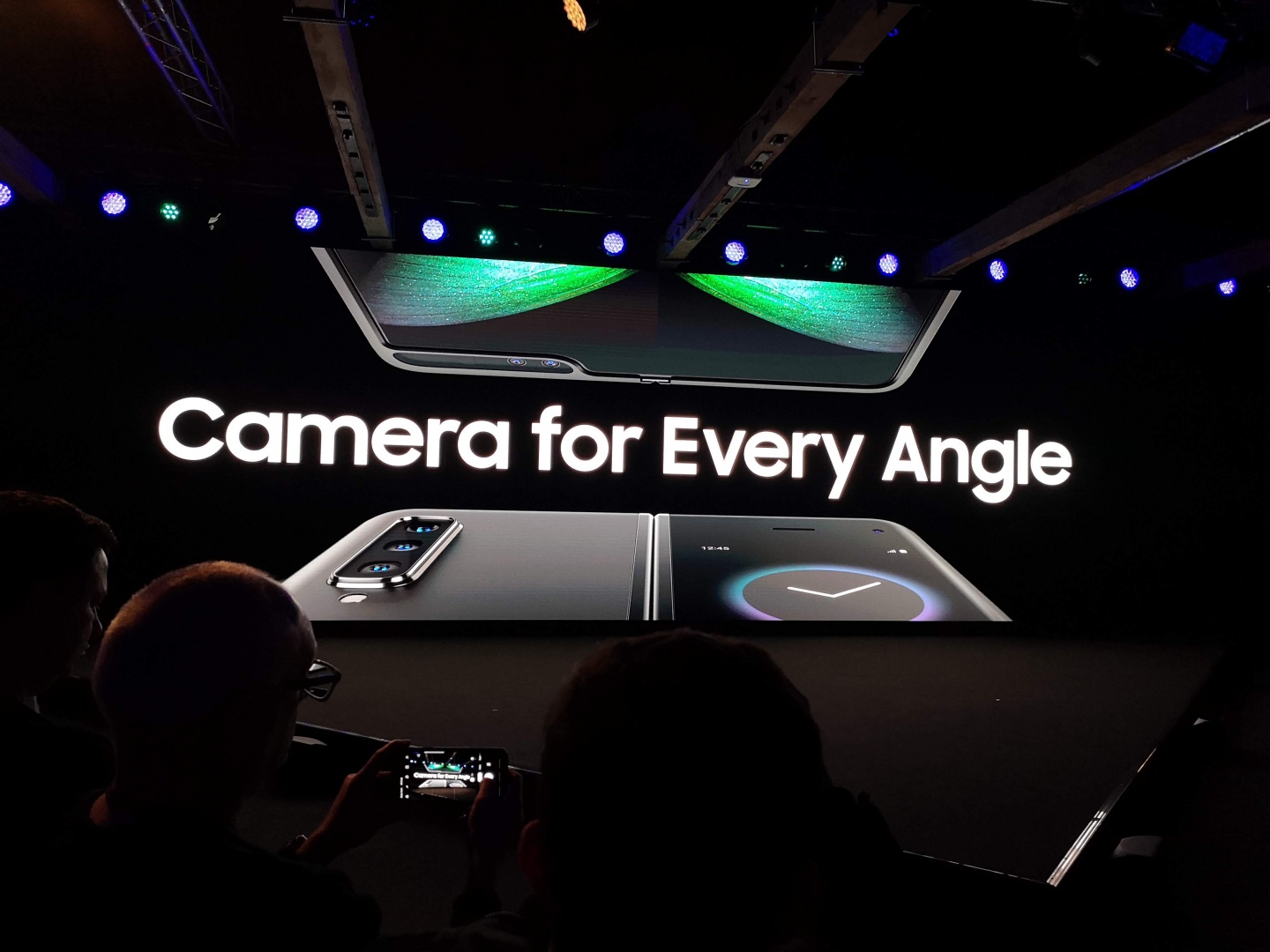 The lengths that Samsung is going to, to show you that the Galaxy Fold is not just a crazy one-off prototype are extensive. We got to see actual hardware, not in privacy boxes. It looks super sleek despite having 6 cameras, 2 batteries and 2 screens. We got to see a mockup of the shipping box and the items contained therein and we even got a price and a release date! Samsung wants you to know that they aren’t showing off a tech demo like some other companies are – you will be able to buy the Galaxy Fold, and soon. 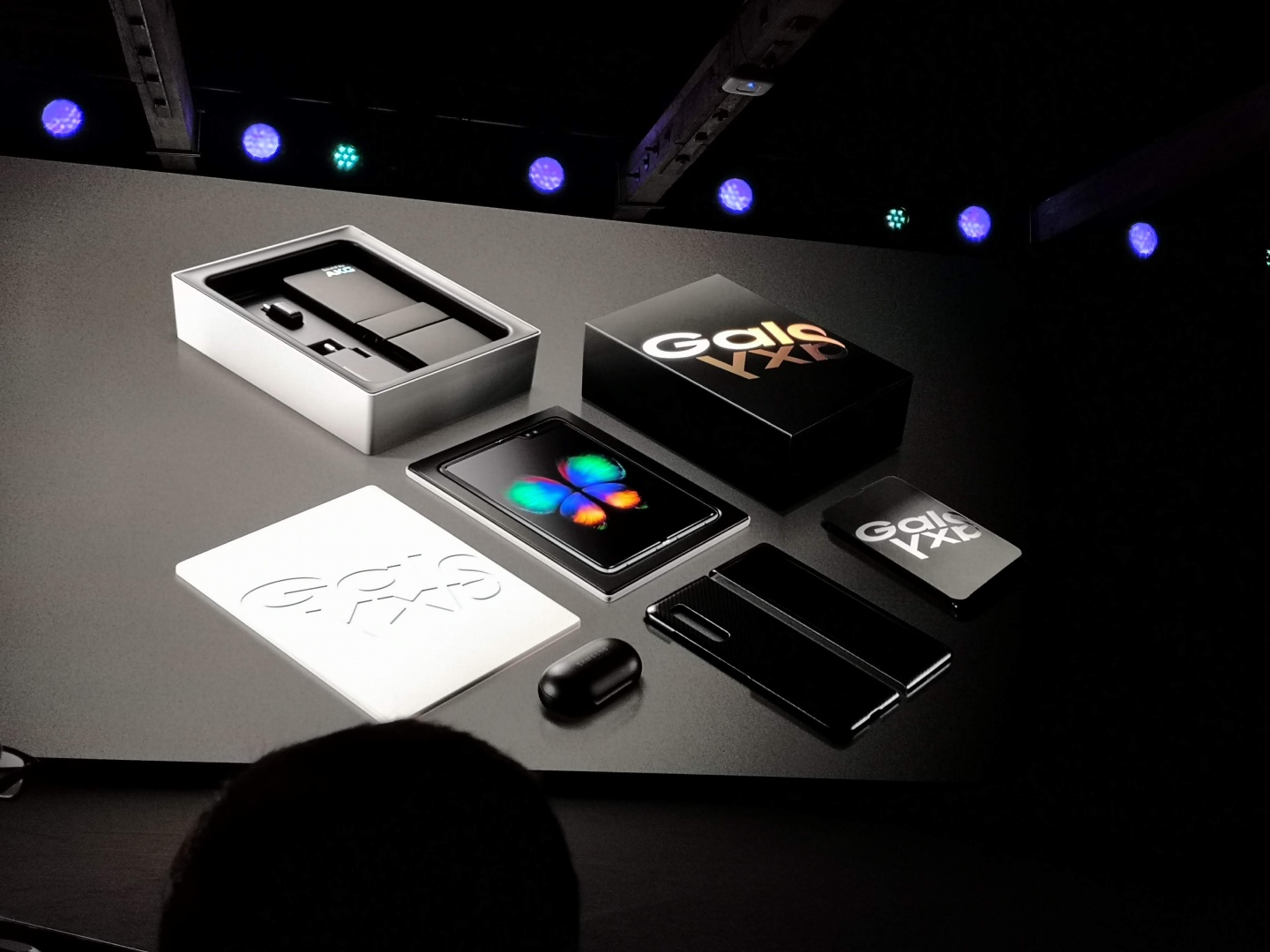 Now, I know I just said “you’ll be able to buy the phone soon”, but that may have been a stretch for most of the readers here. Available on May 3rd for €2000, the Galaxy Fold is going to be expensive. If you expected anything less you are insane. This is the absolute definition of a first generation product in a new fork of the market. It is going to come with a high initial production cost, delivering low volume, and it’s also got the guts of an already $1000 phone in it – this was never going to be cheap. I’m actually alright with the price of the Galaxy Fold, because it’s not meant to be a phone for me and you just yet. Just like It took Elon Musk making a $100k electric car to get to the $35k one, it’s going to take Samsung a while to go from the $2000 folding phone to the $500 one.