Mobvoi has made a fair few watches at this point, from the TicWatch 2 that I bought and reviewed here, to the S and E Android Wear watches a year ago, and the outdoorsy TicWatch Pro that I am currently in the process of reviewing from earlier this year. But We never really got a replacement for the TicWatch 2, a classic looking watch, that’s small-ish and doesn’t draw attention to itself. The Pro is a big watch, it’s thick, it is hefty, it is got that wacky 2 displays, it stands out, and the same way the TicWatch S and E do, they’re inexpensive, sure, but their plastic build, flashy colours make them look and feel cheap, this is where the C2 comes in.

The C2 is that replacement watch, the C actually stands for Classic! And whilst you do lose some things from the TicWatch 2, like the Higher res OLED display (drops from 400×400 to 360×360) and the Tickle strip (as well as TicWear OS) you do gain some more things, such as NFC for payments, WearOS and all the Google goodies that come with that. 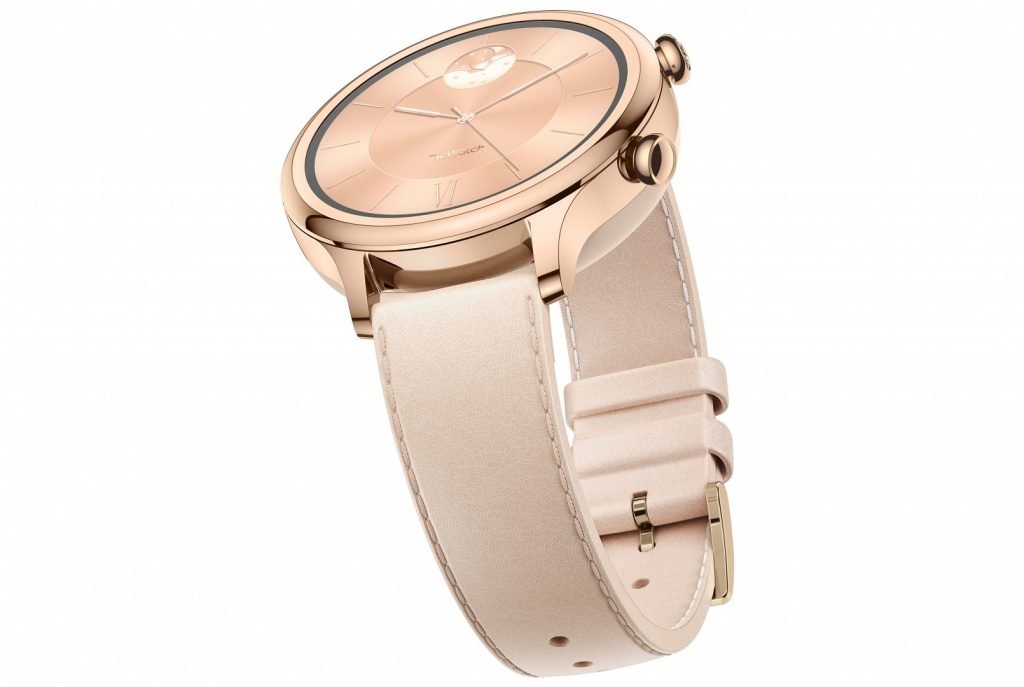 Mobvoi is launching 2 versions in 3 colours, they are Black Silver and Rose Gold, with the Rose gold having a thinner chassis (12.8mm instead of 13.1mm) and support for smaller Watchbands (18mm instead of 20mm) but otherwise, they’re functionally the same watch. The same 42mm face (larger than I’d like) 400mAh Battery that Mobvoi claim is able to get you between 1 to 1.5 days on a charge, Mobvoi doesn’t state whether the watch chargers Via Qi like the TicWatch 2 does, but my guess is that it uses a proprietary Pogo pin charger like the S,E and Pro do. 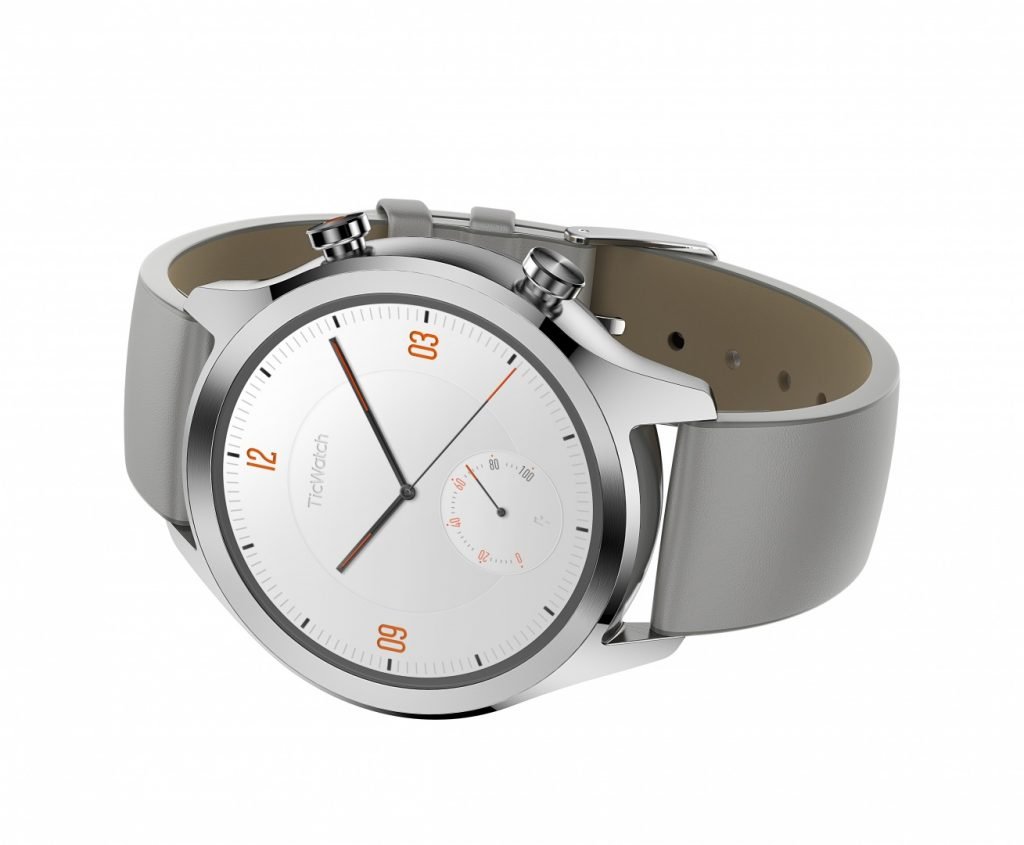 Performance wise, this is a bit of a bummer. The C2 is launching with the antiquated Snapdragon Wear 2100 chipset, now the Wear 3100 should perform similarly, but the Battery is where you’ll see a hit, sadly. The 512mb of RAM also isn’t fantastic, but I can’t really comment on it until I get one in hand (which should be soon) so I will update you when I can. 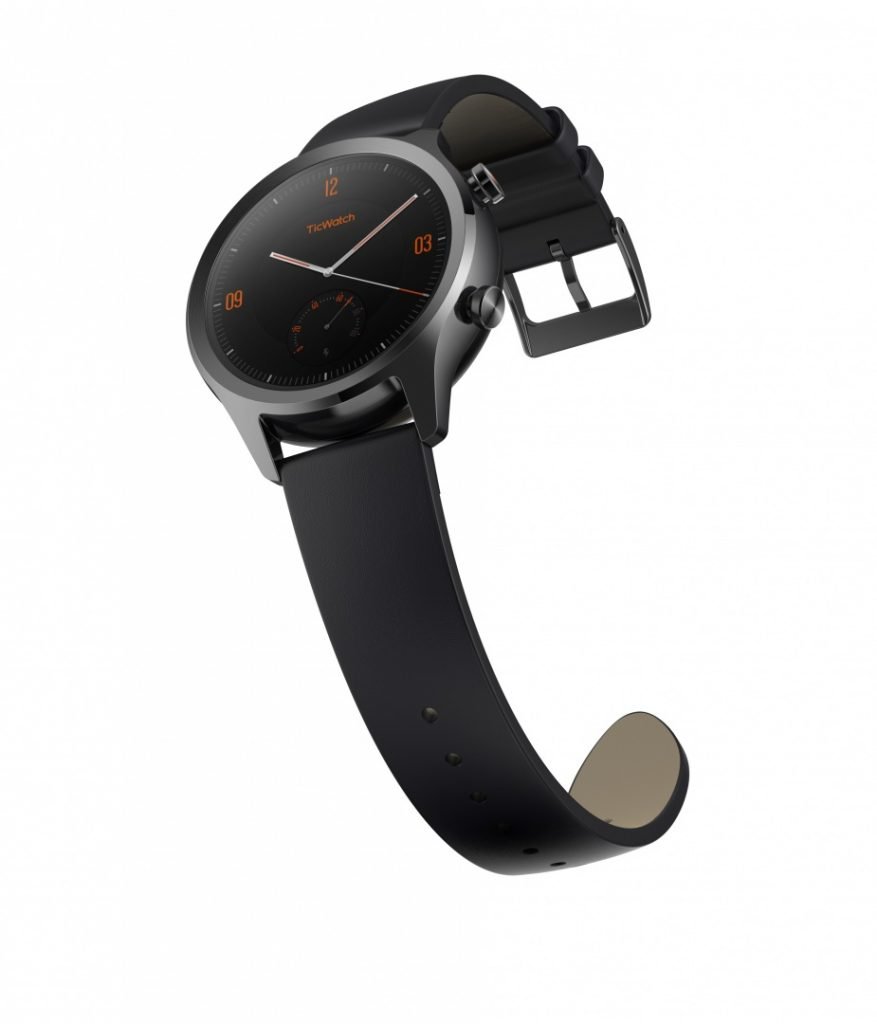 Below is the full technical specifications of the C2 Which is Launching today on Mobvoi.com for £179 and Soon on Amazon as well. 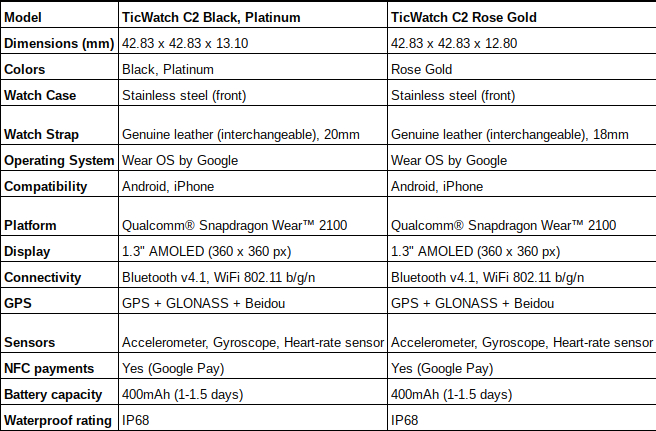