The first event in the new Steve Jobs Theatre within Apple Park brought with it a whole range of new devices. Let’s take a look 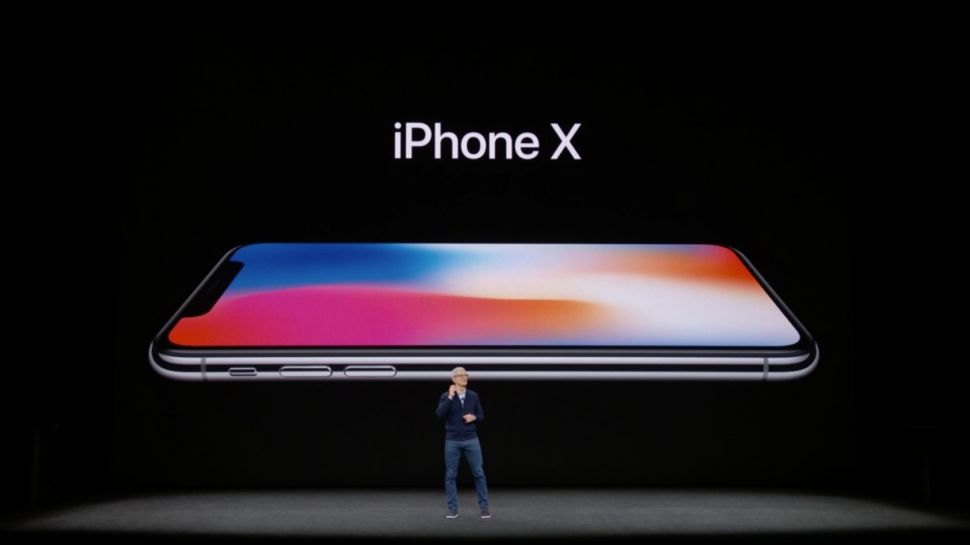 The first and most prominent launch was the iPhone X, but the X is meant to be said like the number 10 rather than the letter. This logic doesn’t make much sense since you have the iPhone 8 (Plus) and the iPhone ‘10’ available at the same time so all of Apple’s naming scheme just went out the window (pun unintended). The phone was announced as part of the One Last Thing which Tim Cook iterated was something Apple doesn’t take lightly.

The X brings with it a ‘brand new design’ (iPhone 4 & 4S Anybody?) with glass on the front and back which is flanked by a stainless-steel frame in between. The display is a 5.8” Super Retina Display with a 2436 x 1125 resolution giving it a 458 PPI using a first for the iPhone, an OLED panel. The entire phone is IP67 rated so still no full on waterproofing here, it’s only rated for splashes so no going swimming with the new iPhones. 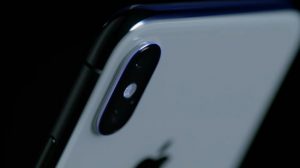 The phone has new 12MP cameras with the wide-angle camera having a ƒ/1.8 aperture and a ƒ/2.4 aperture seen on the telephoto lens, these are now in a portrait orientation rather than the landscape found on the 8 counterparts, with both now having optical image stabilisation. The lock button is now renamed the side button so it does more things such as allowing you to use Apple Pay which will now work by authenticating you with the TrueDepth camera which is a 7MP alongside a whole range of other sensors to create a more secure way of unlocking your phone and replacing Touch ID with a authentication method which is 20 times more secure. 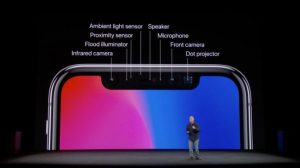 This new front facing camera setup also has a portrait mode so all your selfies will now look even better. Wireless charging now comes as standard on the iPhone X and 8 models through Qi rather than a proprietary charging standard which is great news.  The pricing for this starts at an eye watering £999 for the 64GB version and £1149 for the 256GB in silver and space grey finishes. The phone will be available for pre-order on the 27th October so we will have to wait a while for this model due to supply constraints. 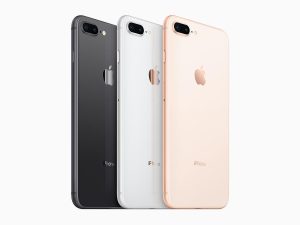 The 8 and 8 Plus were also released with a little less fanfare but with an additional colour in the gold finish which is like a colour which you would buy foundation in but at least it’s not as gaudy as the Blush Gold shown in previous leaks. The 8 series keeps the home button and traditional layout of the iPhones from past years.

The Plus variant boasts a ƒ/1.8 aperture for the wide angle lens and a ƒ/2.8 aperture for the telephoto so immediately there is a clear distinction between the camera’s between the X and 8 Plus more than just an orientation difference. The 8 series also loses the portrait mode from the X which is a shame but I guess that is why Apple is able to charge a premium for the X. 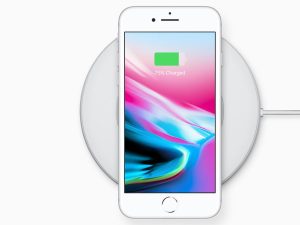 The iPhone 8 & 8 Plus also has wireless charging and all of these new iPhones also come with support for fast charging which allows you to gain 50% of the battery in 30 minutes which is also a first for the Apple devices. The new A11 Bionic Chip is a hexa-core processor with 2 high powered cores that are 25% faster than the ones found on the A10 and 4 high efficiency cores which are a eye watering 70% faster than the A10 ones.

Animoji which is Apple’s Animated Emoji’s will also not be supported since the extra sensors required aren’t present on the 8 and 8 Plus. Bluetooth 5.0 is also set to be present with the new iPhone’s which means better range and signal strength compared to older models. These phones will be available to pre-order on Friday the 15th with a release date of Friday the 22nd. 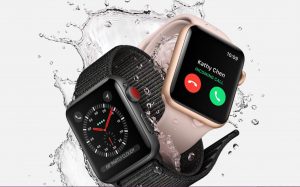 The Apple Watch Series 3 was announced with new independent connectivity to your cellular network of choice. In the UK you are limited to using EE as you will also have to pay for an additional line using the Apple E-SIM built into the Series 3. The way to differentiate the LTE variant is the red dot on the side but you can get a non LTE model for a slightly cheaper price starting at £329 but the pricing will be hard to list due to the vast range of models and variants available with the Series 3. The Apple Watch Series 3 has a identical form factor to the Series 2 apart from the fact that the glass section on the back is slightly thicker but only by 2 sheets of paper. 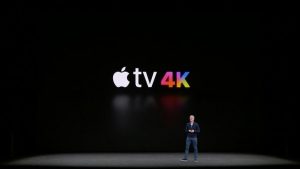 There is a new Apple TV with 4K HDR with the Apple A10X with the 32GB model coming in at £179 and the 64GB at £199 which is probably the cheapest storage increases in Apple history as the rest of Apple’s lineup has a much higher cost for increases in storage. This new model comes with better gaming performance but is a pretty iterative upgrade. Apple is also upgrading all HD movies to 4K at no extra cost which is a nice gesture. The HDR difference is mind blowing especially with the demo image.

The pricing will mean the X will be out of the range of many people apart from the hard-core Apple fanboys who will buy it. I was initially interested in it however the 8 Plus seems like a much more appealing device to me personally as the few differences don’t justify the huge bump up in price with a £200 increase for the removal of the home button. I know eventually the entire range will lose the home button, so whilst I can enjoy the nostalgia of the iconic home button and familiarity of the iterative iPhone design, I want to. Please let us know which device you are most interested in and which ones you would like to see reviews on.