Huawei was gracious enough to invite me out to have a look at their newest flagship devices, the P20, and P20 Pro at their launch. These, as the name implies, are the successors to last years P10 and P10 Plus, but they’re a much bigger upgrade than you might think. We had a little time art a pre-briefing, and some time at the launch with the device. Here’s our first impressions.

All photos in this Piece are courtesy of Purav D aka PDTechHD. Purav stepped in when an SD card failure hit us and allowed us to use these photos. Hats off to the man, and check his channel out!

First off, let’s get some stuff out-of-the-way. Yes, it has a notch in the screen, and no I’m not a fan of it, but in my hour with the device, I really did stop noticing it. Would I prefer it not be there at all? Of course, I do not think the notch is necessary, despite what Huawei would like me to believe. The P20 Pro has a 6.1″ 18.7:9 aspect ratio, making it ever so slightly taller than the screen on the Huawei Mate 10 Pro, and because of that odd aspect ratio, the resolution is no longer the standard “double the smaller number” the 2244×1080 OLED screen really does look amazing, and Huawei have managed to subtly curve the glass in an infinity pool type of way, as well as laminating the screen incredibly well too, allowing for minimised glare and reflections, neat! 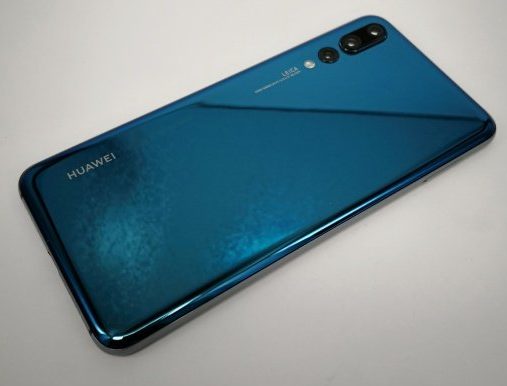 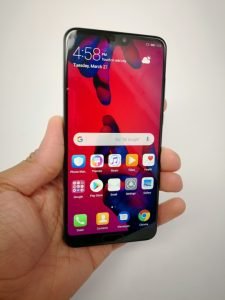 The Standard P20, however, is slightly different. It gets a 5.84″ 18.7:9 screen and it is no longer OLED unfortunately, but as far as IPS LCDs go, the one on the P20 is pretty great. It isn’t as vibrant as the Pro model, but it really isn’t too bad if you just use it instead of Pixel Peeping. Both of these devices have a notch, and they are quite small. They do look considerably smaller than the notch on the iPhone X, but then again, there are fewer sensors in there, so that makes sense. If you can look past the notch, which some people can and some people can’t (it’s easier than you’d think) I can’t see much to complain about with either display.

Going on to the Internals, the P20 doesn’t disappoint. Both the Pro and the standard are using the Kirin 970 from HiSilicon which is the same beastly chip inside the Huawei Mate 10 Pro, and the P20 series feel every bit as smooth, if not smoother due to the few more months of optimisations they’ve been able to do. The Standard P20 has 4GB of LPDDR4 RAM and 128gb of Internal Storage, whereas the P20 Pro has 6GB of LPDDR4 RAM and 128gb of internal storage. I was unable to get an official answer as to whether or not these have MicroSD expansion. For a Quick refresher, the Kirin 970 is an octa-core SoC that has 4x High-efficiency Cortex A53 cores from ARM, and then 4x High power cores in the form of the Cortex A73, as well as a 12 core Mali G72 GPU, and lastly the NPU, the Neural Processing Unit plays a big role in the P20, even more so than the role it plays in the Mate 10 and Mate 10 Pro.

Batteries see a sizeable bump, with the standard P20 getting a 3400mAh battery and the Pro getting a 4000mAh battery. These should be more than capable of getting you nearly 2 days on a charge, and Huawei told us that the optimisations they’ve completed to get the NPU to “learn” your usage can extend the battery even further, but this is obviously a claim we will have to test ourselves once we get our review unit in. 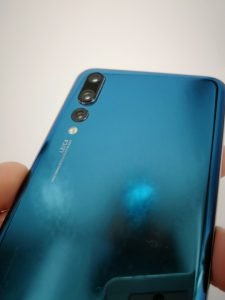 Now on to the cameras on this device as this is where things get very interesting. I’ll be focussing on the P20 Pro here, as that is what Huawei focused on. The P20 Pro has 3 Leica branded cameras on the rear of the phone. Compared to last year, well, there isn’t really a comparison. The P20 Pro has a 20mp monochrome sensor, a 40mp RGB sensor (Yes, 40mp!) and then an 8mp RGB sensor that is a 3x optical zoom/telephoto lens. The best part about all this is that with even more image data to pick from, Huawei’s insane Hybrid digital/Optical zoom is back, and it makes the Hybrid zoom in the P10 and Mate 10 look like child’s play, like beta software. The 3x Optical zoom is a lot better than the 2x hybrid zoom of last years devices, but the real magic is in the 5x hybrid zoom.  I don’t exactly know how this works, but hell, I was gobsmacked when I hit the button to do 5x zoom and it didn’t look like a pixelated mess. From what I understand, Huawei is using the NPU to interpolate some of the image, and on the pre-release units we got to test, there were one or two times where I could see it think about the processing on the 5x zoom, but I was told that is purely down to it being beta software.

Huawei is also doing some pretty neat stuff with that 40mp RGB sensor, including 4:1 pixel binning. If you don’t know what pixel binning is, let me try to explain in as simple of a way as I can. The camera has pixels, these are what capture the light data that then gets made into an image. The larger the pixel size, the more light data is allowed into a pixel. The problem with phones is that their camera sensors are small, between 1 micron and 1.4 for the most part. What pixel binning does is allow Huawei to take 4 pixels that are next to each other, and effectively tell it that those 4 pixels are now just 1 pixel, one very large pixel. This means that instead of being 40mp, the camera can operate in a 10mp mode and take some insane low light show because the combining of the pixels effectively gives each pixel more space meaning more light, just how your eye works. In a dark room the pupil opens wider to let as much light in as possible so you can see, but when there is ample light available, the pupil shrinks as to not damage the eye and limit the amount of light. The P20 Pro camera does a similar thing.

With this intelligent pixel binning, and the AI powerhouse that is the Kirin 970, Huawei is able to do some crazy good software stabilisation using help from the AI. That allows you to take super long exposures, up to 6 seconds, all completely handheld, something that is impossible to do in other phones. Keeping the shutter open for that length of time with many other smarttphones means that any shake, any tremor and aberration is amplified, leading to a blurry mess. I got to try this out and Huawei isn’t lying here; this tech is legit.

Lastly, of the new stuff, Huawei is shipping the P20 and P20 Pro with Android 8.1 Oreo out of the box, with EMUI 8.1 as well. As you can guess, both of these are revisions to the X.0 launches, usually with stability and a few new features, but nothing mind-blowing. For those of you that are super nerds, the P20 and P20 pro shipping with Android Oreo out of the box means that they are required to support Project Treble, meaning that if you really love the hardware, but cannot stand EMUI, you can flash a new recovery, and flash an AOSP stock firmware on it, with the camera stuff working just as it does on the EMUI firmware. This, for many people is incredibly neat.

That is not everything new in the Huawei P20 and P20 Pro but this is just the launch post and our first impressions of using the device. Stick around for our Hands-On coverage as well as our full review and let us know whether this is going to be your next daily driver!