Here in Berlin, we were lucky enough last night to go check out the new Mate 20 Lite from Huawei, and boy where we impressed. Both I and Craig attended, and both came away impressed. 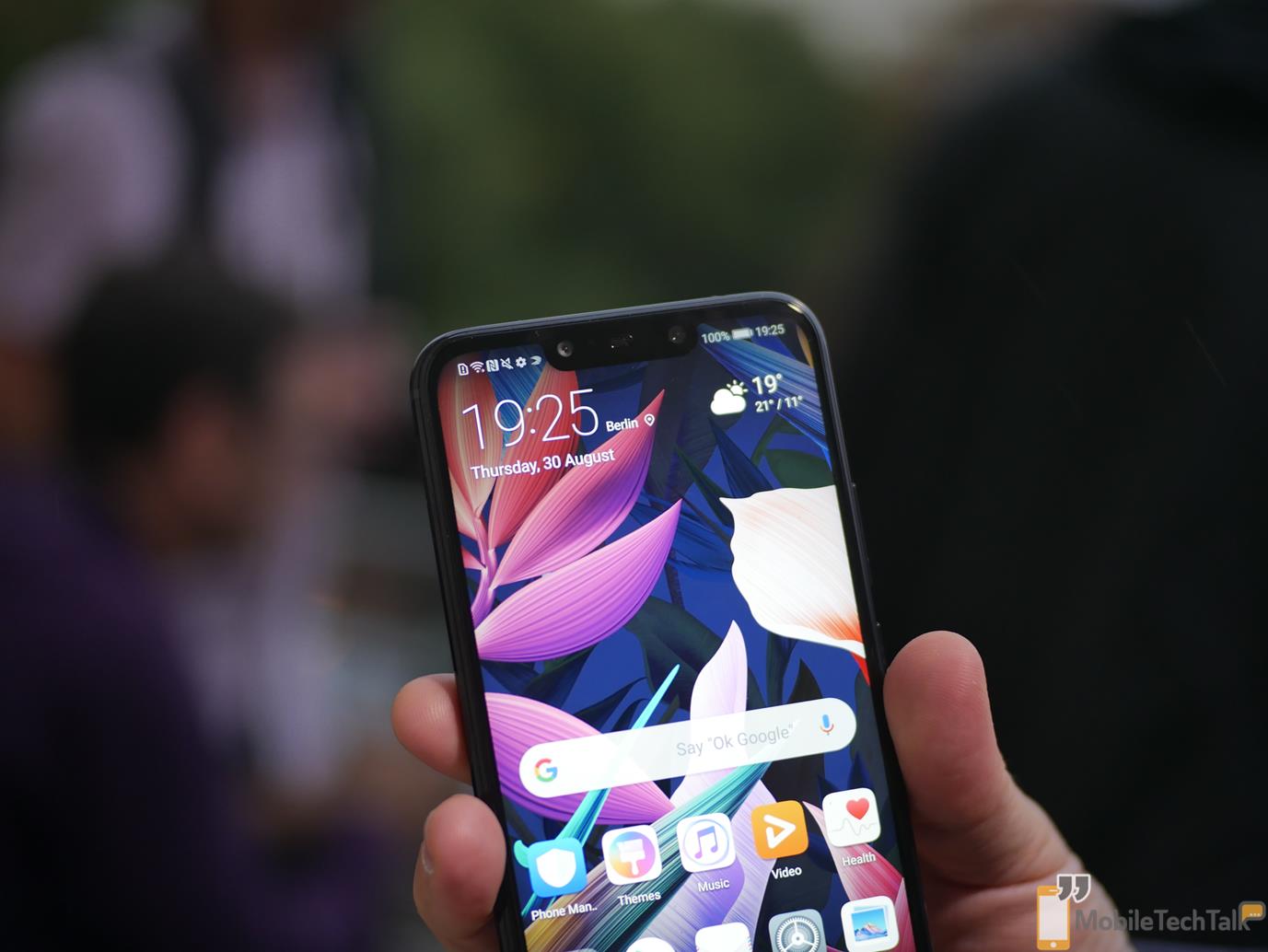 Starting off with the elephant in the room, yes, this is just the Lite version, no Mate 20 and Mate 20 Pro announced here, but honestly, this is interesting enough that I feel you should keep reading. The Mate 20 Lite Is a remarkably attractive phone Glass and metal with the signature Mate series strip on the rear, though this time, like the Mate 10 Porsche design, the signature strip is vertical, unlike on the mate 10 and 10 Pro.

The design similarities to the iPhone X cannot be ignored, especially on the front. The Mate 20 Lite has an extra wide notch, unlike the P20 series where they tried to make it as small as possible, but there is a reason for this. There are 4 cameras on the Mate 20 Lite, 2 on the front and 2 on the rear, the front cameras are 24mp and 2mp respectively, one is full RGB and the other is for depth information (I’ll let you take a guess at which is which), and the rear cameras are 20mp RGB and 2mp Depth sensing once again. But If you can get over the notch on the front, the Huawei Mate 20 Lite isn’t an unattractive phone, it’s clear that Huawei put some serious effort into this, and this is only the “baby” of the bunch.

Talking about the Specs for a quick second, the Mate 20 Lite is one of the few devices using the new Kirin 710 from HiSilicon. The Kirin 710 might not be as fancy as its big brother the 980, but it is impressive in its own right. what you’re getting is an octa-core setup with 2 clusters, but instead of using the older A53 cores for everything, Huawei decided to give the 710 some grunt, and is using the high-performance A73 cores, something that the Kirin 970 uses! So the 710 has 4x Cortex A73’s running at 2.2Ghz, as well as 4x Cortex A53’s running at 1.7Ghz. Would I have preferred A75 and A55? most certainly, especially as the competitor chip, the Snapdragon 710, does use those newer, more powerful and more power efficient cores, but it is unlikely that the normal end-user is going to notice the difference in all but the most extreme circumstances. HiSilicon has even gone the extra mile and had this fabricated on TSMC’s 12nm fabrication, meaning that it is more efficient than if it were on a larger node, such as 14nm, 16nm etc. like previous chips. 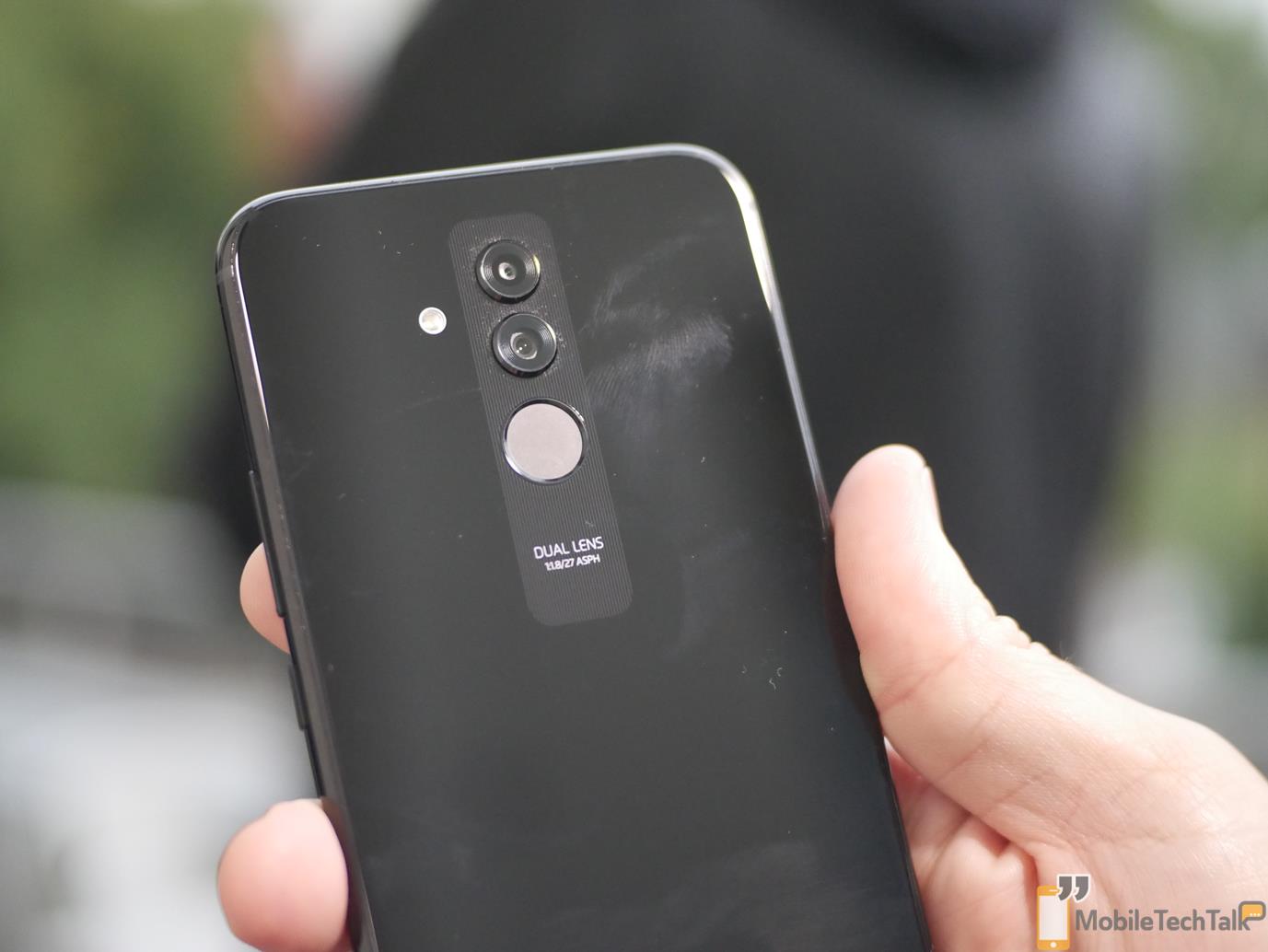 As is common, Huawei has outfitted the Mate 20 Lite with a generous 4GB of RAM as well as 64GB of internal storage, though they have retained the MicroSD card slot, allowing you to expand it with an additional 256GB MicroSD, though. I don’t think there is anything actually stopping you going higher, it’s only certified for  up to 256GB.

As for ports, there is a USB-C port and 3.5mm audio jack at the bottom, the USB-C port is USB2.0 speeds as far as I know.

The Huawei Mate 20 lite is available to purchase from £379 at Carphone Warehouse and Vodafone and at EE from October.

This is all just an overview. We have to spend some quality time with this device before we can give any real-world opinions around the camera, performance and the value proposition the Huawei Mate 20 Lite delivers. Stay tuned for that on our channel.