One of the first major announcements of MWC2018 came from Huawei today with the Matebook X Pro, a new ultra-thin, portable and powerful ultrabook, building on last years’ Matebook X. 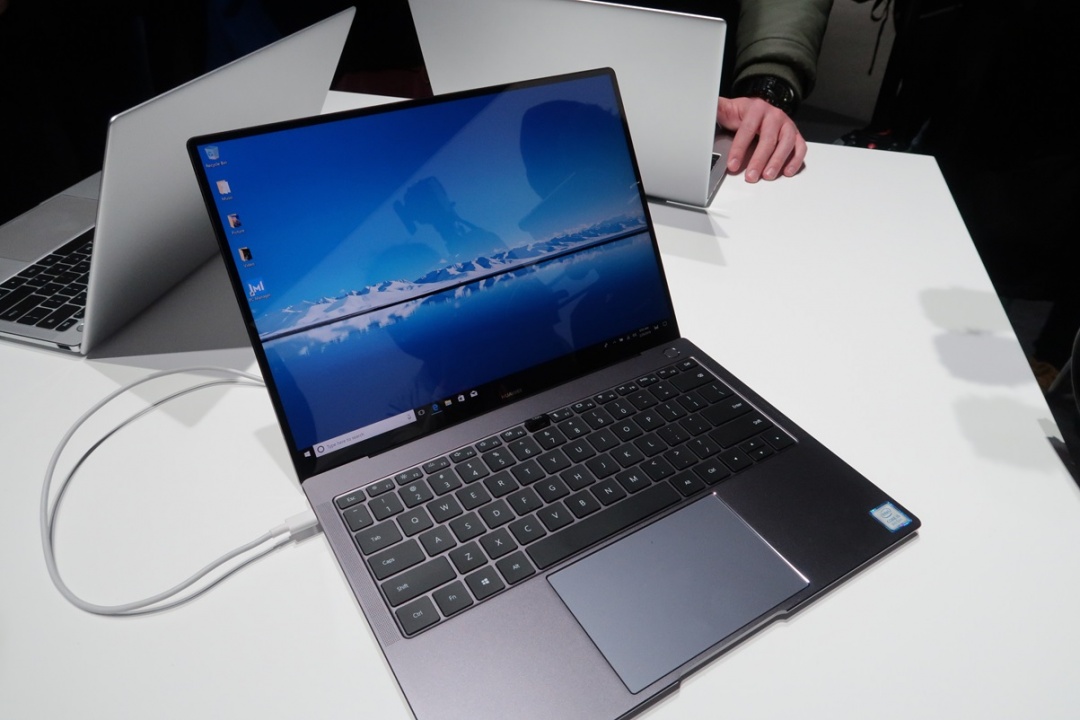 The “Pro” moniker is key here as Huawei have competitor “Pro” devices firmly in their sights with this announcement.

The Matebook X Pro is an iterative upgrade over their 2017 Matebook X, with a few different SKUs available at launch:

To give a little bit of a boost over some other thin and light ultrabooks, the Huawei Matebook X Pro delivers an nVidia GeForce MX150 graphics card, and the 3000 x 2000 resolution will certainly benefit in media consumption and some gaming thanks to the MX150’s inclusion. 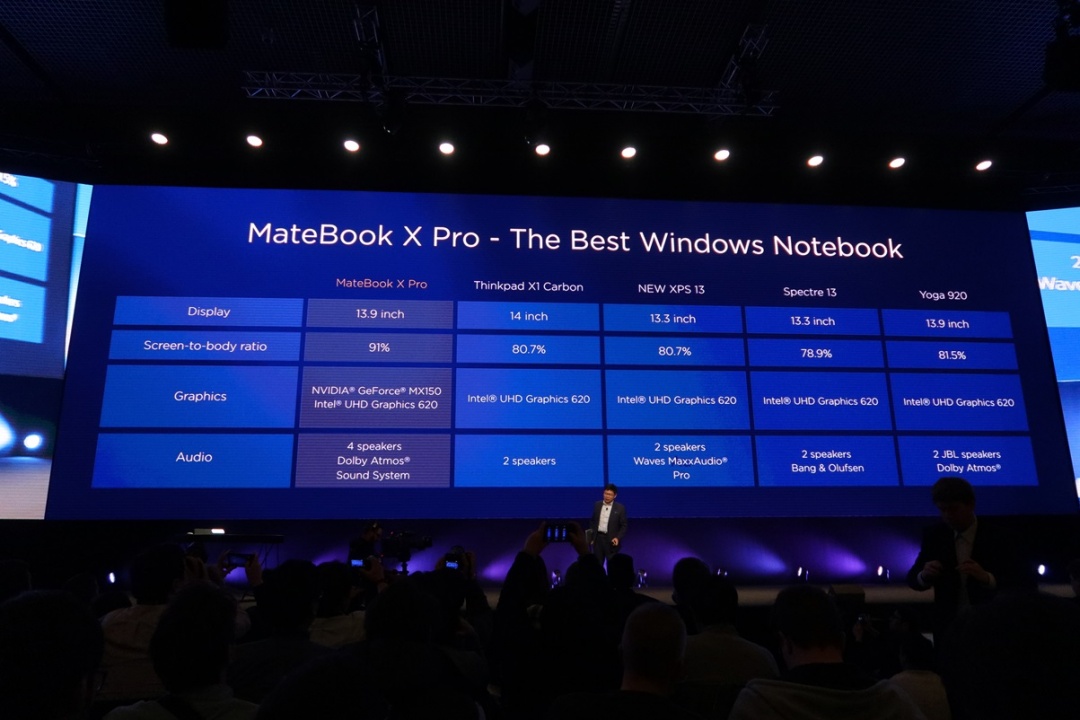 What is remarkable to see face to face is the 91% screen to body ratio on the device. The lack of bezels is delicious and they’ve managed this in part thanks to the removal of the webcam from either the top or the bottom of the display. Instead, Huawei have come up with a new way of delivering video calling. The webcam pops up from the Function row of keys on the keyboard. It’s a brilliant idea, but unfortunately, in practice, it suffers from its positioning and will only serve to allow your video calling participants to point out you need a nasal hair trim!

The rest of the keyboard is a chicklet style backlit keyboard with the power button off to the right-hand side. That power button also doubles as fingerprint scanner to unlock the Windows OS, and it’s a nice solution to ensure no space is taken from the Trackpad for a scanner.

That said, the trackpad would certainly have enough space. The trackpad takes over the bottom portion of the device with almost a third of the width used for this use. In our brief hands-on it was tactile and easy to use. A precision trackpad on ultrabooks is par for the course now and should be expected, but the change in location of the fingerprint scanner is a nice addition, and is ported directly from the Matebook X from last year. 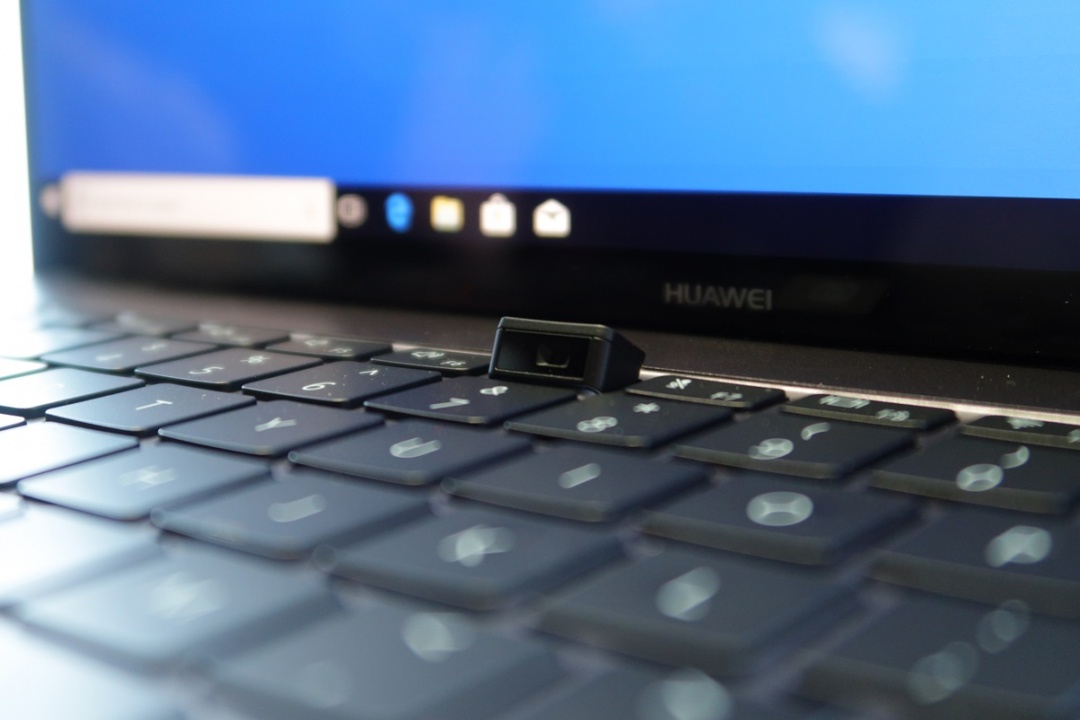 The Matebook X Pro further looks to throw shade at their competitors by delivering not just a legacy USB Type-A port on the right-hand side, but also a pair of USB Type-C ports on the left-hand side with, thankfully, one of them being Thunderbolt 3. Those used to the dock life might find this input layout intriguing.

For full specs, see the table below:

The battery should be good for a good while as it is but thanks to the included Type-C charging brick, a quick charge of 30 minutes should allow a further 6 hours of use. We’re starting to see the smartphone quick charging technologies bleed into larger devices now thanks to, in no small part, the adoption of Type-C.