Honor #SwitchedOn: Challenging The Perceptions of UK Youth on Mobiles

We all know what I’m talking about. The constant “young people spend too much time on their phones” types of comments from older people in the community, but just how prevalent actually is it? Well, Honor decided to go do a poll and find out. 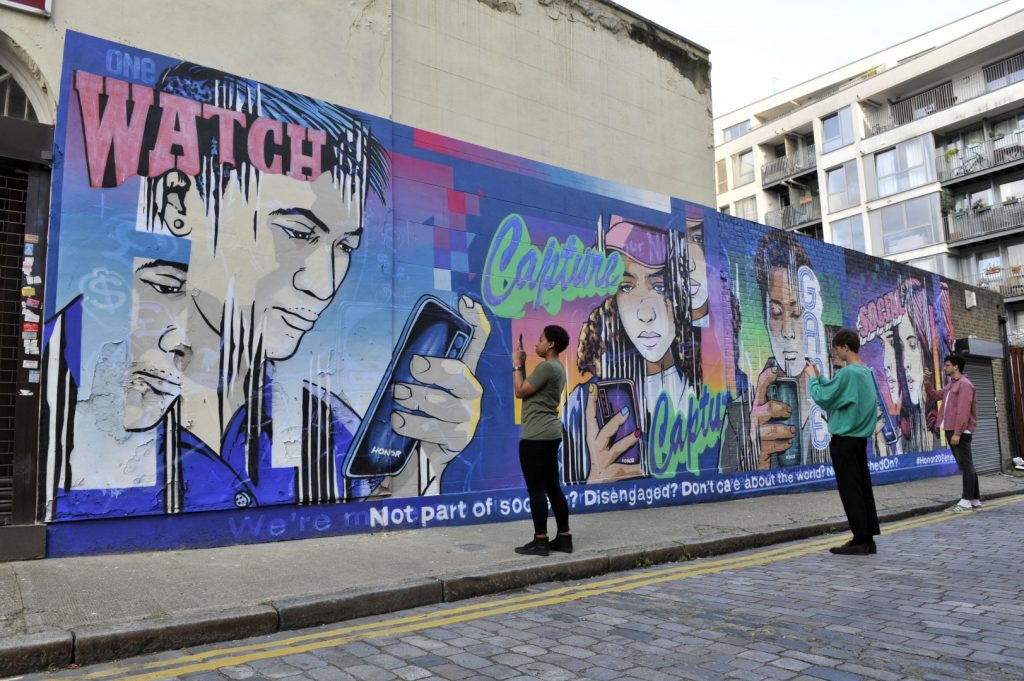 Since the Honor 20 Pro is launching, Honor wanted to try to bust this myth more than ever, and I have to admit, this is a fresh new marketing idea that I hadn’t thought of, but is so in touch with the Honor brand that I cannot think of anything better.

It turns out that roughly 77% of over 45’s believe that young people spend too much time on their phones. When they asked those “young people” (people aged between 18 and 24) whether they feel it had a negative impact on their lives, only 8% said yes. 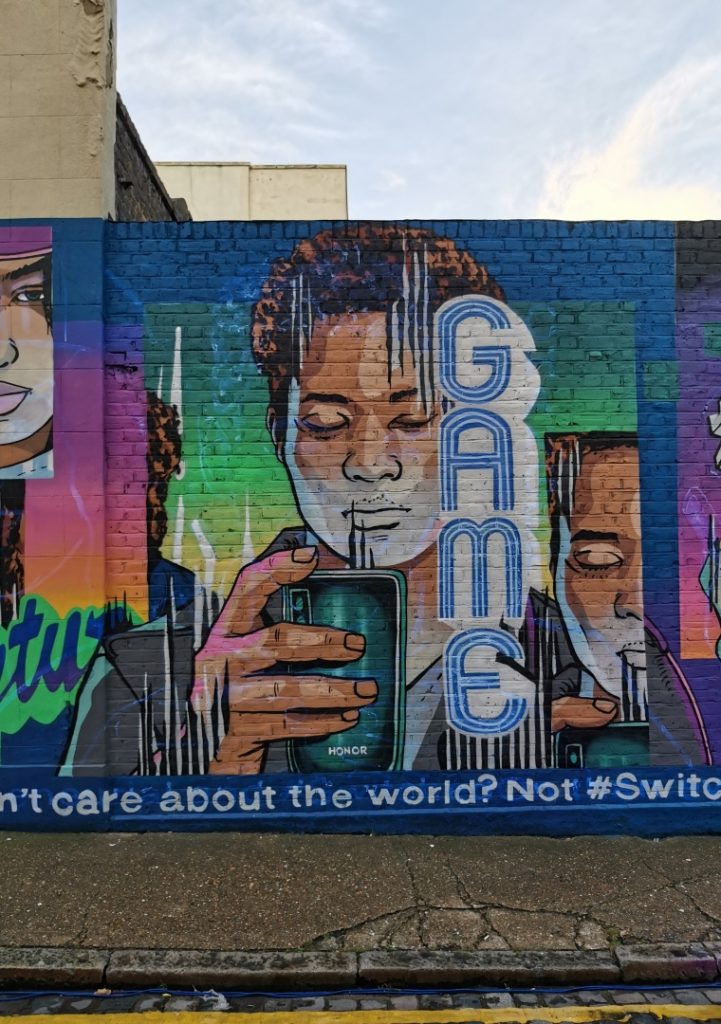 Some more data they found out, 90% of Gen-Z (that’s the one after us millennials) said they’ve used their increased knowledge of phones to teach older people how to do things on their devices, something they likely wouldn’t have been able to do had they not spent their time on the phone learning it is ins and outs.

Lastly, and this is the important one, over 50% of respondents between 18 and 24 said that by using their smartphones, they have uncovered some sort of artistic ability, whether it be photography, videography, audio etc. that is amazing! And that is the crux of Honor’s new scheme called #SwitchedOn. 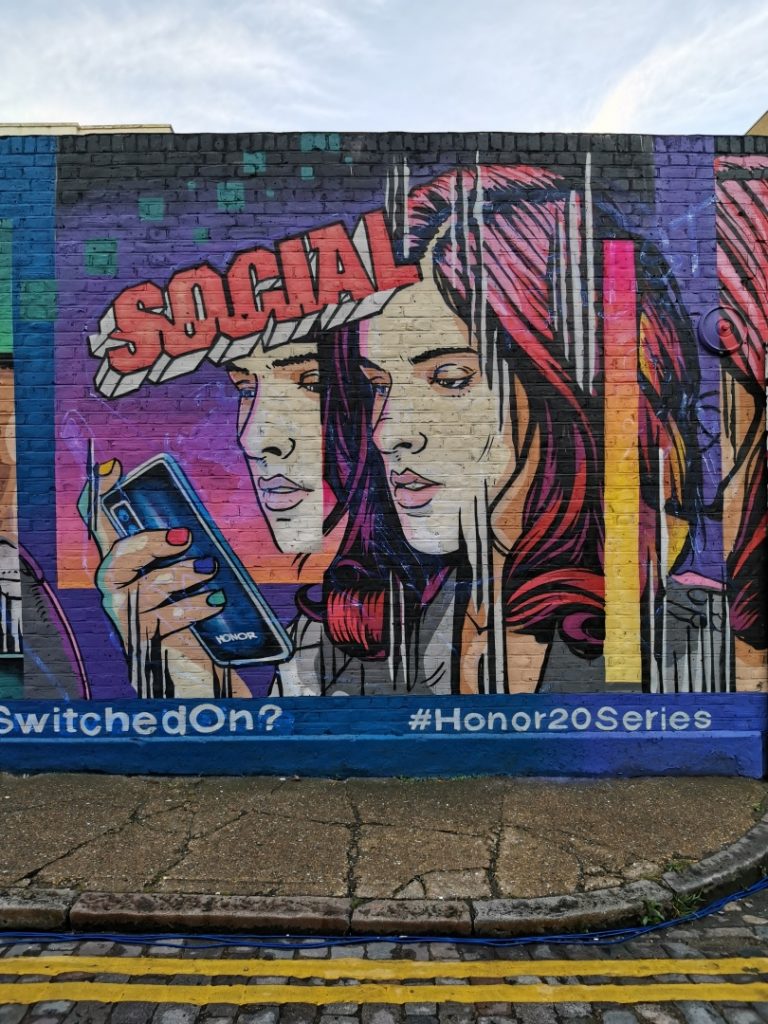 Societies shift and evolve, and as technology evolves so does the way we use it. 15 years ago, I couldn’t have predicted the way we use phones now. High speed networks built for internet that enable high quality video on the go, as well as video calls on the go (video calls full stop 15 years ago where news to me, they’d been the realm of uber network nerds only) I’d never have guessed we’d have social networks built entirely on photos, or short videos like Instagram or TikTok, and I definitely would never have guessed we’d essentially augment our communication with 21st century hieroglyphs (Emoji). 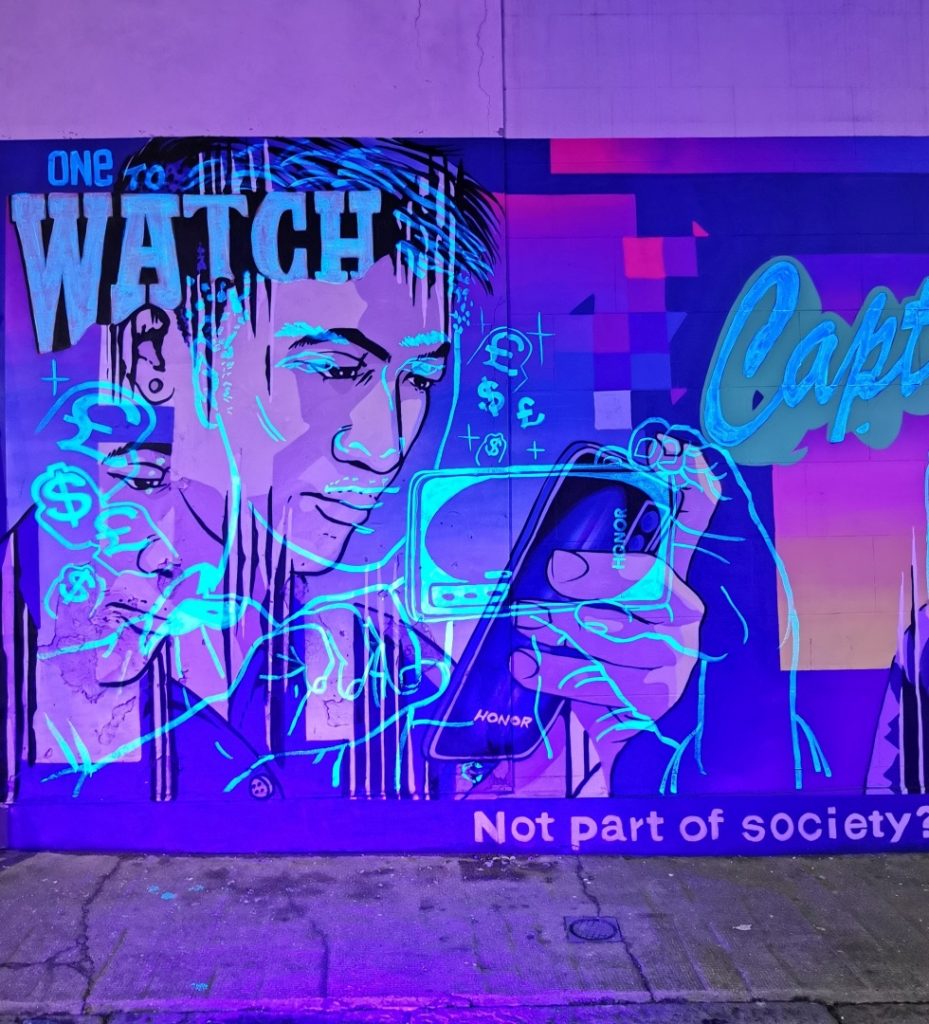 So, what is the coolest part about the #SwitchedOn campaign? A (tasteful) graffiti mural in central London. This is an ever-evolving artistic piece that shows different types of smartphone use for youths, shows people using their phones for different things. The big deal about this is that it changes at night. As you can see in the photos, at night the image that has a person looking down at their phone with the “watch” tag, meant to show someone just watching a YouTube video on their phone, that becomes “one to watch” showing that this is actually an entrepreneur who uses their phone to get their work done. Similarly, down the other end is a person playing on their phone with the word “Game” on it, once again meant to show someone playing a game. This becomes “Game changer”, this could be a streamer, we don’t know, but that is the whole point of the mural, to challenge what you think you see, to challenge your preconceived notions of kids on phones.

Despite the fact that 92% of the UK population own mobile phones, the way that a portion of them think about the other is baffling and a carryover of a mindset of older technologies and societies that haven’t adapted, and hopefully the #SwitchOn mural shows the differences that smartphones can have on life, they’ve certainly changed my life and my career for the better.