The Google event held at 5PM GMT on the 4th October 2017 brought about a lot of new products part of both the Pixel line alongside the Google home range, VR and even earphones.

So the main stars of the show were the Pixel 2 and Pixel 2 XL. They both boast a new redesigned chassis with a smaller glass panel on the top compared to the previous one. The new Pixel’s come with a 5 inch and 6 inch display respectively however they have slightly different formats with the bezels on the XL being much smaller with a 18:9 aspect ratio with the standard Pixel 2 boasting a 16:9 one. 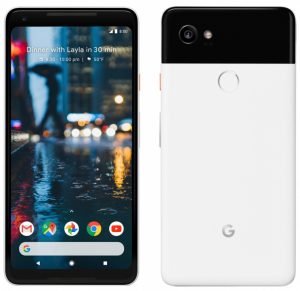 This is very odd considering when Samsung brought about this change they did it on both the S8 and S8+. The Pixel 2 boasts a 1080P AMOLED display with the XL a QHD+ (2880 x 1440) display with pOLED technology. Google made a big statement of how they don’t differentiate between their 2 phones which directly referenced the dual cameras on the iPhone 8 Plus compared to the single on the 8, whereas both Pixel 2 devices have the same 12.2MP f/1.8 cameras but they have instead chosen to create disparity between their display technology so Google clearly didn’t think this one through since they are being hypocritical. 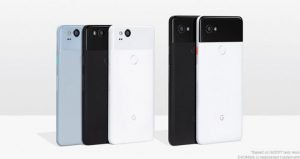 The phones ship with Android 8.0 Oreo running on the Snapdragon 835, 4GB of RAM with a 64GB and 128GB storage option, Bluetooth 5.0 but these only support 2.4GHz Wi-Fi. The Pixel 2 and 2 XL also are IP67 and Corning Gorilla Glass 3. The colour schemes are also different between each model, the Pixel 2 has Just Black, Kinda Blue and Clearly White with the 2 XL boasting a Just Black and Black & White option for that Stormtrooper look. 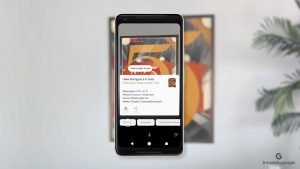 Something which I found cool was that both phones have Google Lens within the camera app which is very similar to the Amazon Fire Firefly technology from a couple years ago introduced with the infamous Amazon Fire Phone. Pixel 2 and Pixel 2XL also have a set of dual speakers on the top and bottom of the display which many people loved from the Nexus 6 from yesteryear. Pixel 2 costs £629 for the 64GB model and £729 for the 128GB mode, the Pixel 2 XL costs £799 for the 64GB and £899 for the 128GB

Google Home Mini was essentially a Google Home in a redesigned form factor costing £49. The Home Mini comes in Coral, Charcoal and Chalk colours and Google has created this fabric which effectively allow the microphones to pick up your voice alongside allow the LED lights to show through with the ability for the touchpad to work too. Google has included a Micro USB port on the Home Mini which is a real shame since the entire industry is trying to move to USB C with the Google Chromebook Pixel from 2015 even having USB C so this is such a shame.

The Pixelbook is somewhat of a successor to the Chromebook Pixel. This boasts a very Pixel design with a large glass window on the top of the lid which is there to allow for better Wi-Fi and Bluetooth transparency. The Pixelbook comes with a dedicated Google Asssistant key and this is the first laptop with it included. The 10.3mm aluminium chassis allows for a 2400 x 1600 touchscreen. An 7th Generation Intel Core i5 or i7 paired with 8GB or 16GB RAM, 128GB, 256GB or 512GB NVMe SSD. These specs do seem incredibly overkill for a OS which runs so efficiently on even ancient hardware because it is so lightweight. The Pixelbook does have USB C support with a single port on either side and a 3.5mm headphone jack on the left side. The Pixelbook starts at £999 and goes all the way up to £1699 depending on storage and processor configuration.

The Pixelbook Pen is essentially the Surface pen for the Chromebook Pixel. The pen has a Google Assistant button which allows you to let the Assistant to use the highlighted text and display relevant information with contextual information based on images as well. The pen claims no lag whatsoever alongside pressure sensitivity. It is priced directly in comparison to the Apple Pencil at £99

The Google Home Max which at the time of writing wasn’t available to even pre-order in the UK used smart AI to dynamically tailor the audio to the surroundings it is in. This does support USB C alongside Bluetooth and Wi-Fi. The smart microphones running from the quad core CPU allow it to hear the command ‘Ok Google’ even when the speaker is playing audio at high levels. A pair of the Home Max’s can be used in a stereo configuration however they are priced at $399 in the US.

The Pixel Buds were probably a surprise to everybody with real-time translation through Google Translate, Google Assistant support, wireless audio with a cable between the buds. There is also charging built into the carrying case, with a 5 hour listening time boost within the case. The case uses a USB C port to charge up the Pixel Buds with built-in fast charging and colours matching the Pixel 2 lineup including Just Black, Clearly White and Kinda Blue. These cost £159 and are currently on pre-order.

The Google event was clearly jam-packed and the lineup is clearly in competition with Apple with very similar pricing and products so with Google looking to be a hardware company first. Go ahead and tell us what you are most excited about with these products and whether you will be getting any and drop your comment in the comment box below.