We’ve seen a fair few nostalgic looks back over the last few years, particularly looking at phones from Nokia, with the 3310 and the 8110 4G variants. At IFA 2018 however the Cat B35 was announced for those that want a practical 4G device, but don’t want to be worried about their fragile glass-backed smartphone biting the dust in the harshest of environments. 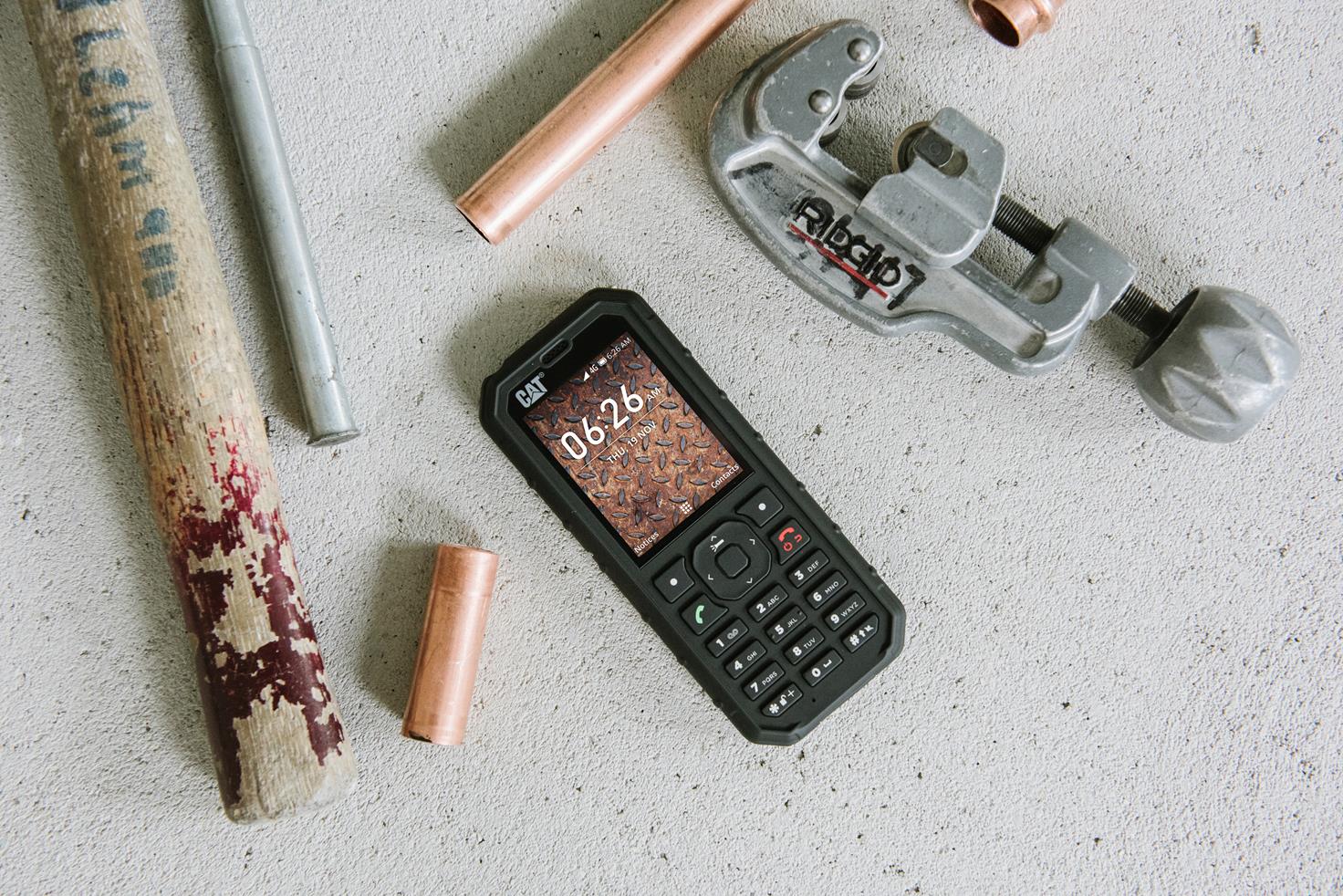 The Cat B35 is not a smartphone in the modern sense. It’s classified as a feature phone due to the included KaiOS 2.5. This isn’t running iOS or Android as most users of devices would be familiar with. Then again this isn’t for normal, everyday, use cases. The Cat B35 was built to be used in difficult and harsh environments like building sites or warehouses where bumps, and scrapes are the norm, and where traditional 2018 mobile devices would crack and crumble.

However, this does not mean that 2018 flagship smartphone features are missing entirely from the Cat B35. The inclusion of 4G LTE support means that those wanting to dabble in VoLTE and VoWiFi technologies can still indulge here.

Additionally, the inclusion of 4G helps to deliver some staple applications to the handset, namely YouTube and Google Maps, with Google Assistant baked in for good measure. More apps can be installed via the KaiStore, on to the relatively small 4GB internal memory, but with a large 2300 mAh battery this thing will no doubt run and run.

“Despite feature phone shipments in the wider market continuing to decline steadily in 2018*, the global opportunity is still significant, especially in the rugged sector with companies and individuals looking to avoid high repair costs and usability problems. With its added 4G features, the Cat B35 brings access to connected services to a new audience; an attractive proposition to our customers and operator partners alike.” – Peter Stephens, CEO of Bullitt Group (who manufacture the Cat B35)

For those interested in getting in on a next level feature phone, CatPhones.com will be selling the device for €109 by the end of September.

Let us know in the comments whether you still see a place for feature phones, other than for use cases such as this.