At MWC 2018 in Barcelona this week, Asus took their turn to display their wares to the masses and announced the Asus Zenfone 5z and Zenfone 5 devices which remind us of another flagship smartphone – but we can’t quite put our fingers on it……

There’s often an amount of trend following that smartphone manufacturers undertake when prepping new devices for launch. Somebody has to be first, and just like with dual cameras, 18:9 aspect ratios, and fingerprint scanners, the ‘notch’ has become a feature that some covet. Asus apparently is one such manufacturer as it’s prevalent in their MWC 2018 announcement. Their Asus Zenfone 5 and Asus Zenfone 5Z devices look very similar to Apple’s flagship product, and that’s by design according to Asus themselves; they’re following that trend.

Does this really matter? We’d argue that users might be more forgiving of this due to the £500 starting price point that the Asus Zenfone 5z comes in at. Delivering the latest Qualcomm Snapdragon 845 performance is expected to be slick enough to appease anybody looking for the cheaper alternative to the iPhone X, and of course a switch of eco-system which might be a little more of a stumbling block. 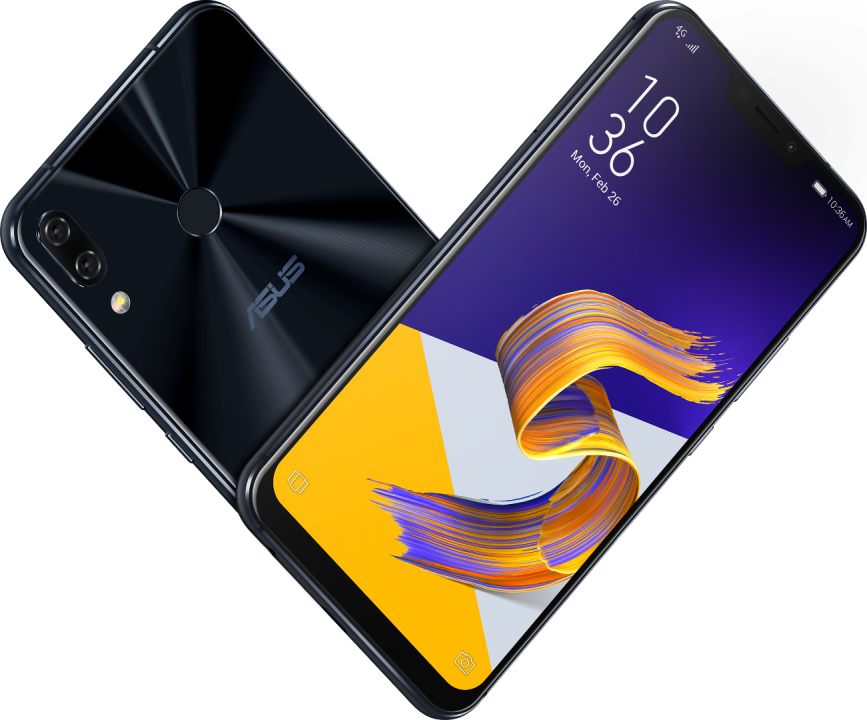 An 18:9 aspect ratio 6.2″ FHD+ (1080p) display floods the front of the Asus Zenfone 5z and is coupled with over an 83% screen to body ratio, dual-SIM slots, and a 3300 mAh battery to boot. There are a few colour variants; Midnight Blue and Meteor Silver, and there are also a few storage and RAM selections of 64GB, 128GB and 256GB storage options and 4GB, 6GB and 8GB RAM options. Expect the price to steadily increase as you get towards those higher numbers.

The Asus Zenfone 5z and 5 share all specifications other than the processor with a lower tier Qualcomm Snapdragon 636 included on the 5 to cut the cost accordingly.

Optics-wise, the Zenfone 5z and 5 delivers a 12MP Sony IMX363 sensor with rather large 1.4µm pixels to grab more light, stabilises via OIS. An f/1.8 aperture is on board for that depth of field and the ‘bokeh’ effects and the secondary camera is a 120-degree wide-angle lens. Due to the chip powering the devices, there is AI scene detection as has been seen a lot recently, to allow your camera to select the best shooting mode in a variety of scenarios. In theory, this should work in tandem with the OIS and the large pixels to deliver better low light shots, but the proof of that particular pudding will be in the shooting.

There’s also Type-C which is good news, Android Oreo, as well as Bluetooth 5 support and 802.11ac WiFi compliance and NFC for all your wireless connectivity needs. As is starting to become the preferred choice, the fingerprint scanner is on the rear of the device

We’re still awaiting clearly availability on these devices, but it’s confirmed for a UK release later in 2018.

Let us know what you think of the Asus Zenfone 5z and 5 devices and whether they could prize you away from Apple’s stranglehold in the notch-segment.