Alcatel Refreshes It’s Lineup With The 1S, 3 And 3L

Here at MWC Alcatel dropped it’s refreshed device lineup for this year, this included the 1S, the 3 and the 3L, as well as the 3T 10 Tablet. The surprisingly most interesting one, at least to me, is the 1s, and I’ll tell you why. 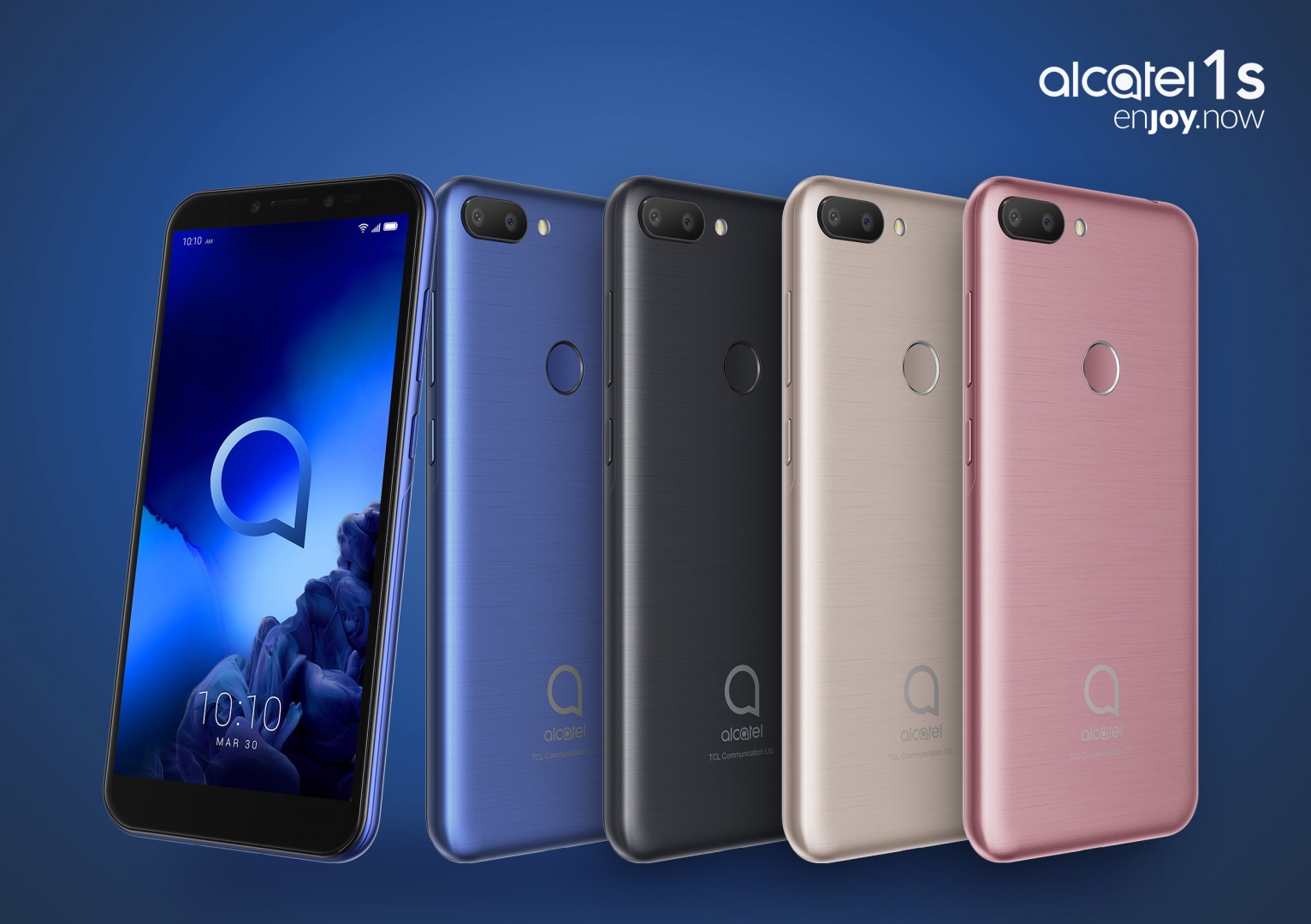 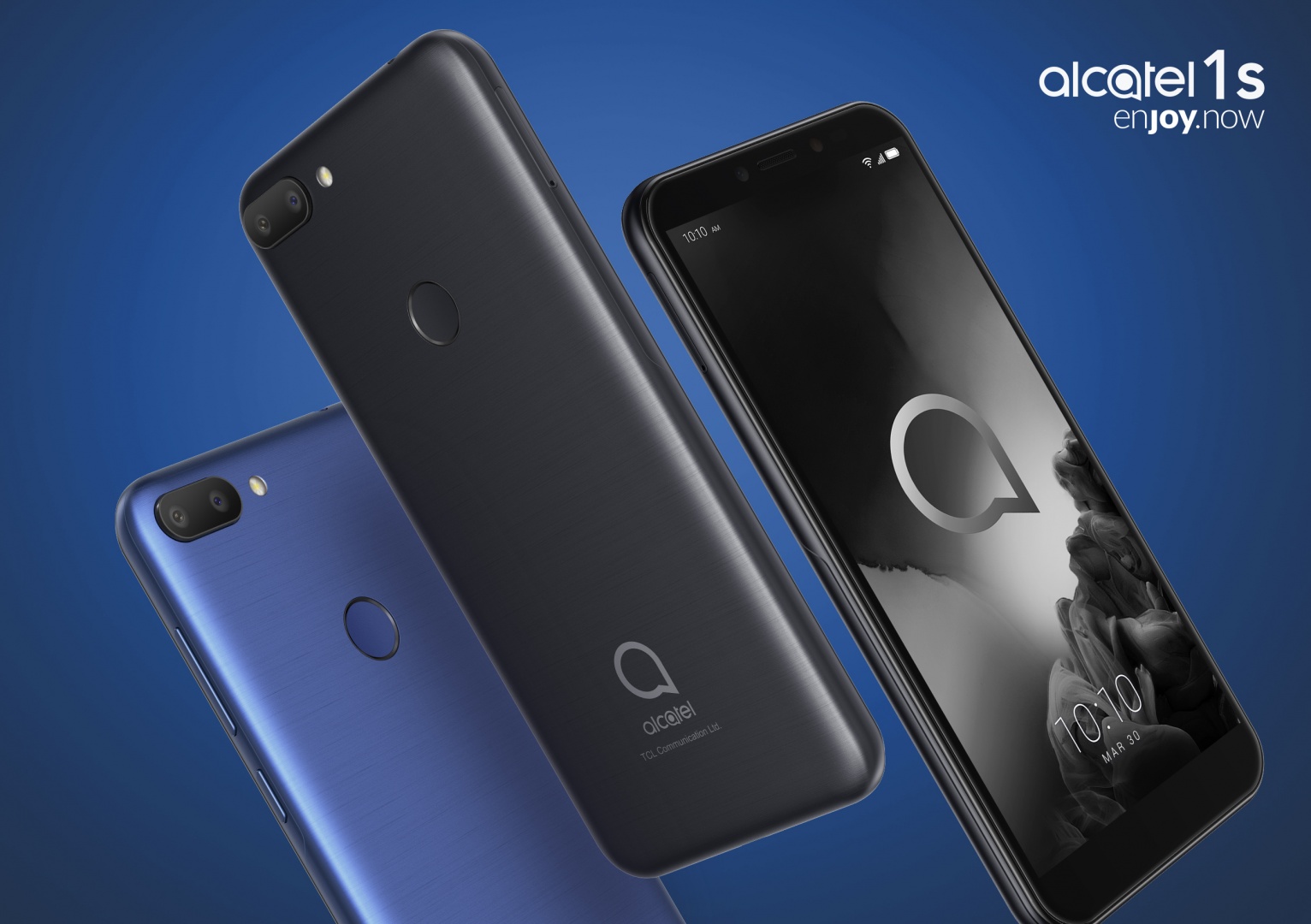 You’ll notice I haven’t spoken about the SoC yet, and that’s because this is what makes the 1s so interesting to me. Instead of using a chip from Qualcomm, or MediaTek or even Allwinner or Rockchip, the 1s uses a chip from Unisoc (formerly Spreadtrum) and It’s got a whole load of things I find interesting here. Firstly, It’s the first chip that I’m aware of that is a standalone Cortex A55 design, no “big” A7X chips, just 8 Cortex A55’s split into two power planes, one at 1.6Ghz, the other at 1.2Ghz. That is interesting part number one, the second is that it has the GE8322 GPU from Imagination Tech, and part of that GPU? Is hardware support for the Android NN HAL, or Neural Networks, very cool. Lastly, it’s made on TSMC’s relatively recent 28nm HPC+ node, and I know what you’re thinking, 28nm isn’t new, but this node actually came out at the same time as TSMC’s second-gen 16nm (FFC), and offers either the same performance at about 30-50% less transistor leakage, or about 15% more performance at the same leakage. Which whilst it may not seem interesting to some, for me it certainly is. Alcatel could have chosen anyone for this, the last ones were MediaTek, they use Qualcomm quite often, but it’s nice to see Unisoc getting something mainstream. 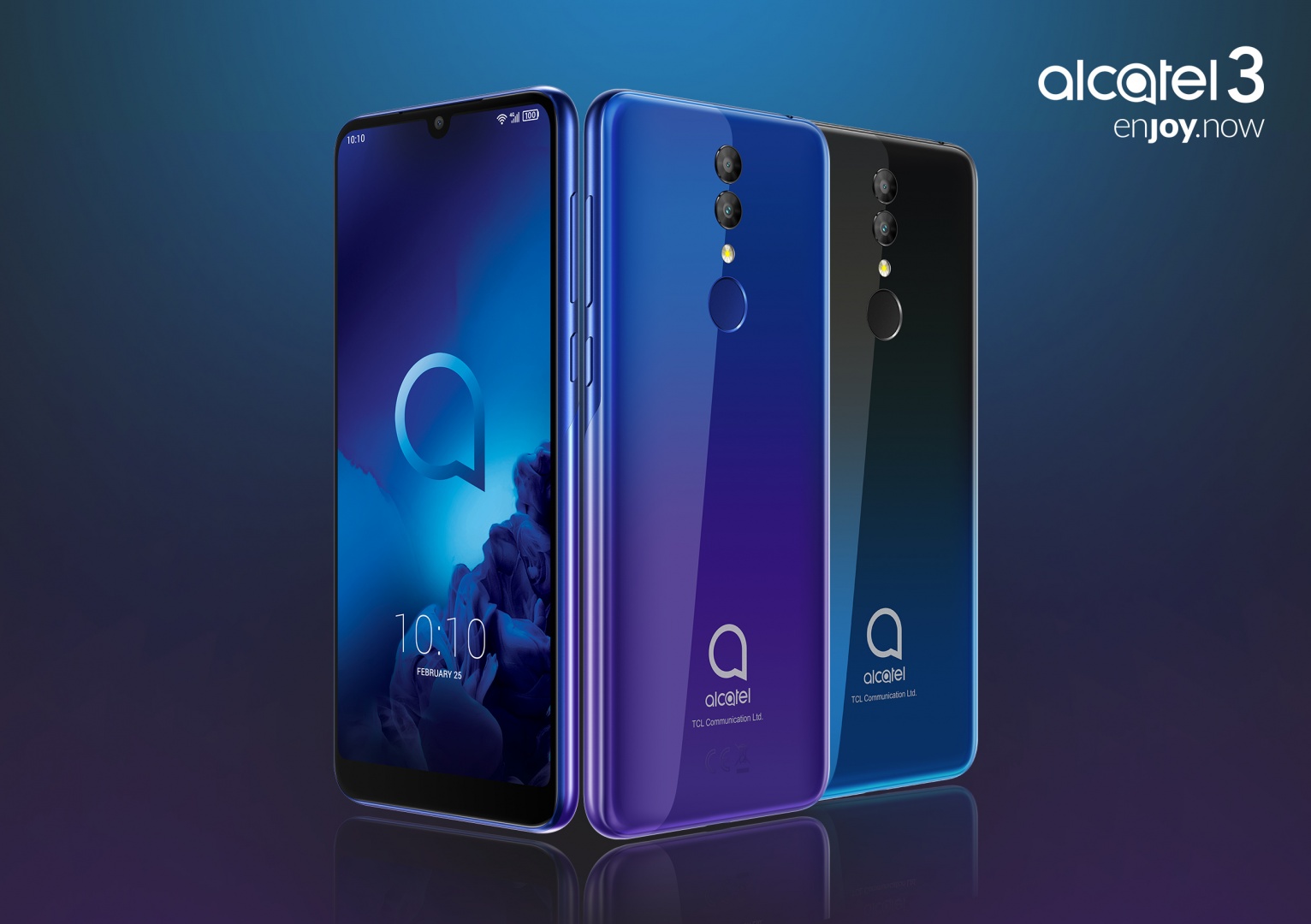 Then we have the 3 and 3L. The 3 is the higher end of the two, the main difference is the SoC, the RAM and the internal storage, whereas the 3 gets the Snapdragon 439, 4GB of RAM and 64GB of Storage the 3L gets a Snapdragon 429 with 16GB of storage and only 2GB of RAM. Both have 6” 19.5:9 LCD screens with a resolution of 1560x720p with a teardrop notch at the top which looks quite nice really. There is a monstrous 3500mAh battery in both, though sadly still with the 5v1a charging, though they do state that the plug itself is rated for 1.5a, which would take it from 5w to 7.5w, not a whole load faster, but it is enough. For me, the only real downside is that they both ship with Android 8.1 Oreo, though they stated to me that Android 9 Pie development is already well underway. 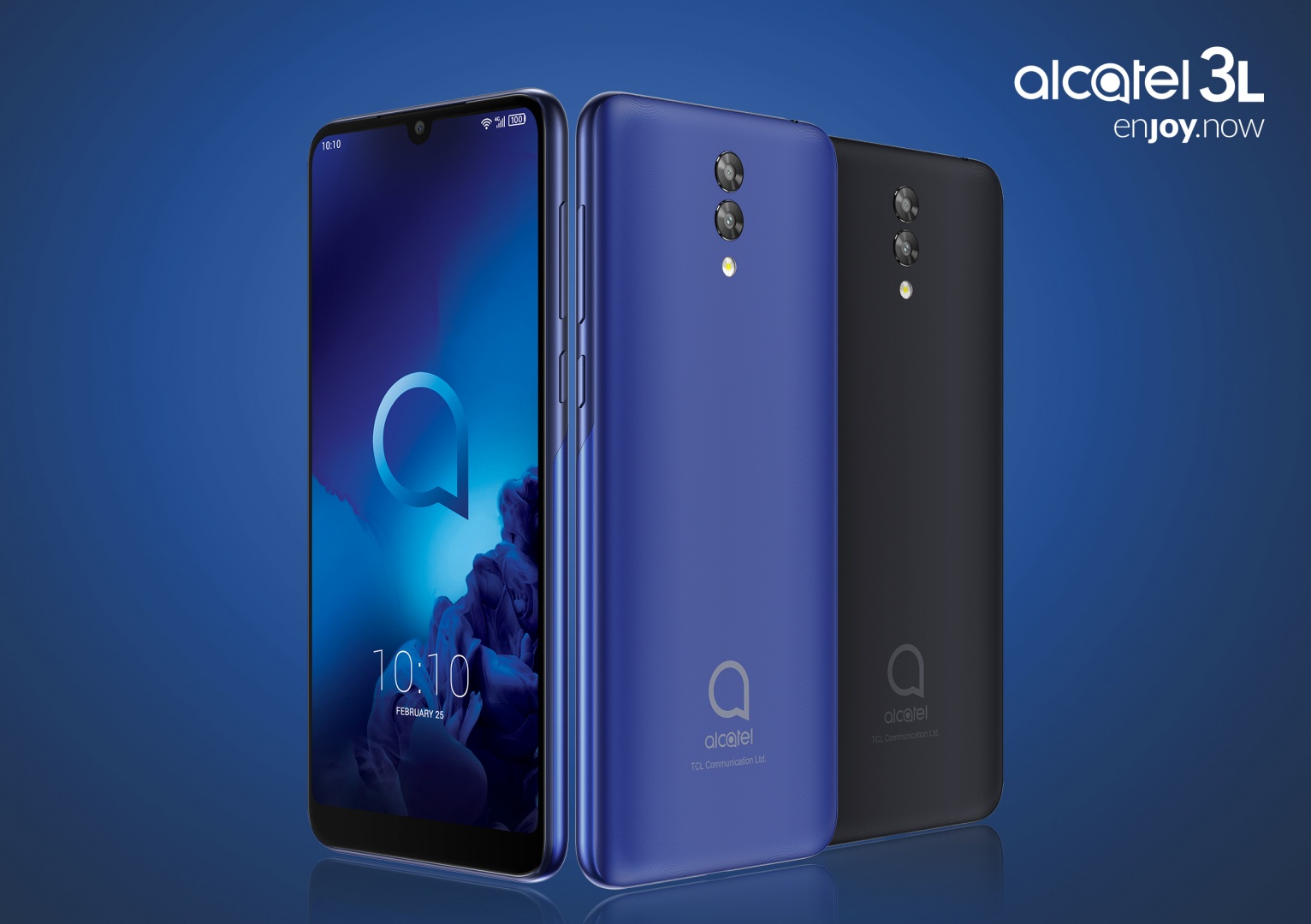 Also, Alcatel showed of the 3T10, a 10” Tablet with an additional speaker dock that has been optimised for hands-free Google Assistant. It’s not a high-end fancy tablet, with a 1280×800 IPS screen stretched over 10”, and I’m not even 100% sure what the processor is (though I’m fairly sure it’s a MediaTek Unit, likely the 8165, so a quad-core Cortex A53 setup. But the real business here is the speaker dock, which can act as a standalone Bluetooth speaker or, when the tablet is docked with magnets and pogo pins, charges the tablets and activates the far field microphones for hands free google assistant that is actually impressively useful especially in environments like kitchens where Alcatel expects this to go. 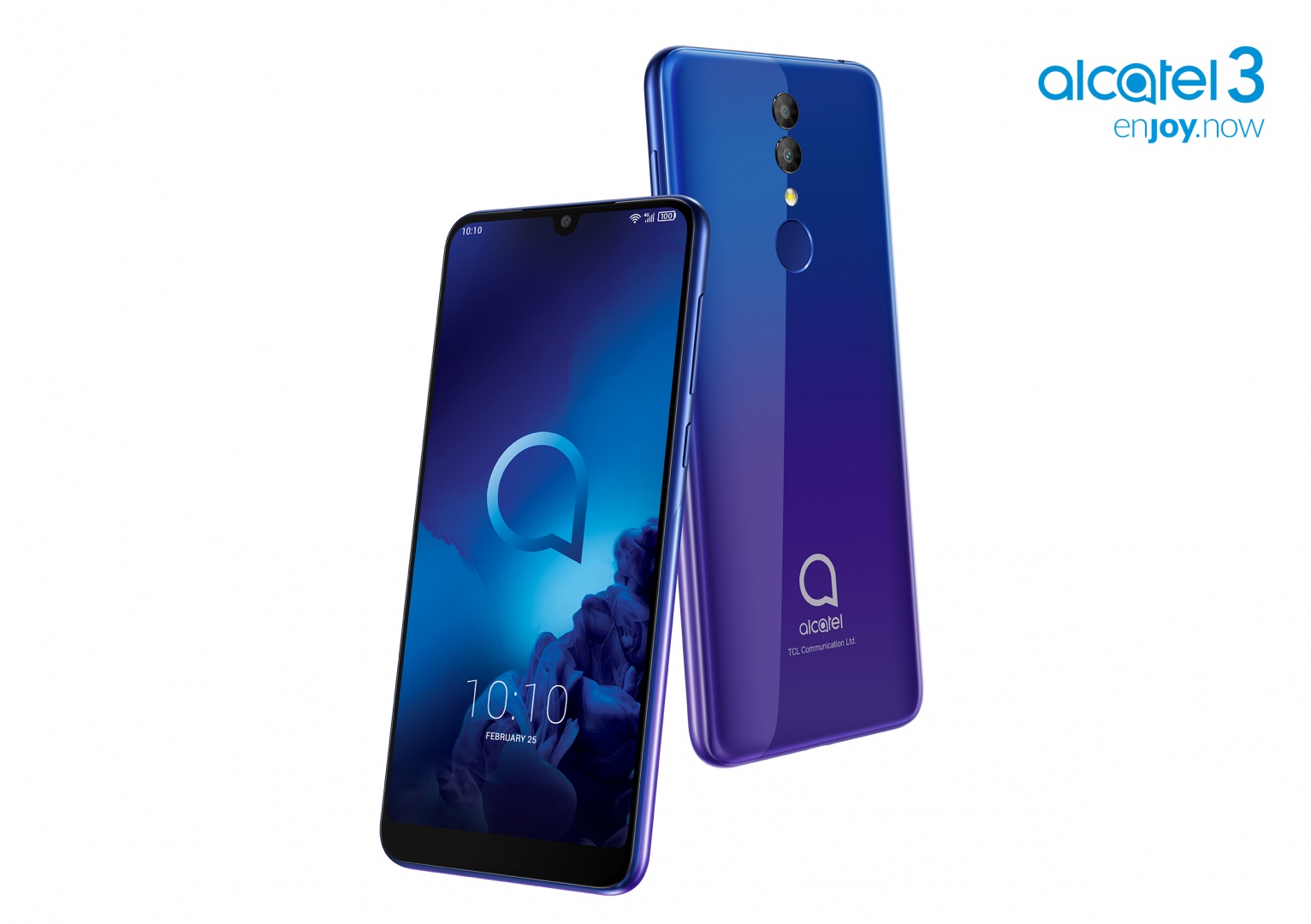 This entire lineup is headed up about the idea that you shouldn’t have to spend ridiculous amounts of money to get a nice looking, performant device, and even going as low and £109 with the 1s, the experience that should provide, is much better than it’s price tag suggests.