Once again, Acer has updated its gaming brand of Predator devices, both laptops and desktops have been given a bit of a juice up this year, some more than others. 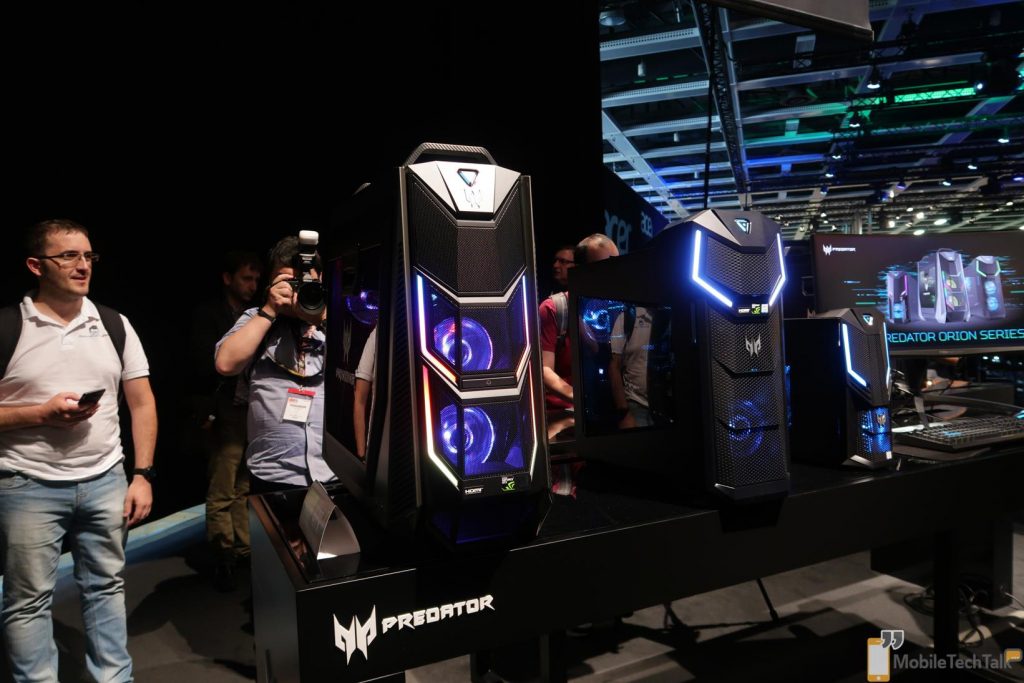 Starting with the Predator Orion 900, which got a GPU boost this year, trading in the pair of GTX 1080 Ti’s from Nvidia for a pair of the brand new RTX 2080 and 2080Ti’s, a very swanky and noticeable upgrade, but if you’ve got the “old” Orion 9000, with the Core i9 7980XE and dual 1080Ti’s, I wouldn’t be hankering to get rid of it just yet. The other new addition for the Orion 900 is the new addressable RGB strips over the PC, to sync up with the rest of your RGB peripherals to do RGB things… because Gamer.

Next is the Predator Triton 900, the updated Gaming laptop is an absolute beast, using the new fans that Acer showed off for enhanced cooling, as well as the latest and greatest chips from both AMD and Nvidia (well, in their respecting mobile categories of course.) But what is most noticeable on the Triton 900 is the new screen hinge, which is actually hinged in 2 different places. One of the hinges is where it usually is, on the base of the display and attached to the chassis, the second set of hinges though, harkens back to the Dell XPS 12, with hinges half way up the display allowing you to flip the screen around, but also bring the screen forward closer to you, some wacky stuff from Acer, and that is what makes their booths so fun. 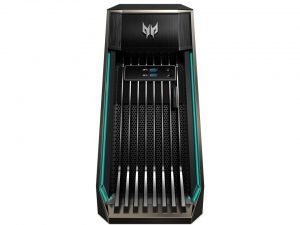 Lastly, we have the monstrous, and monstrously stupid, Predator X. The Predator X is a workstation-class computer, but for some strange reason, is in Acer’s Gaming “Predator” Brand. The Predator X is an insane computer from a pure specs standpoint. It has 2 28 core Xeon Chips, the Intel Xeon Platinum 8180, a CPU which retails for around £10,000 each, and this has two of them. Then we move on to RAM, now this has 12 ECC RDIMMs each RDIMM consisting of 16GB, an insane about of RAM once again. Next, up, Acer was proud to say that this has 2 of the new Nvidia RTX 2080 Ti’s inside, a chip which retails from about £1200 each as well. As you can see, from a pure spec standpoint, the Predator X is somewhat impressive, at least from a sheer opulence standpoint, but it gets far less impressive once you realise how few things work well in a dual Socket system, in most cases, actively working worse than if a single CPU was in the system, as it wouldn’t have to work so hard about allocating resources and knowing which die and which cache the data is on etc. Dual socket systems have always been messy, and you’re much likely going to get a better gaming experience with an i7-8700k and a 1080 Ti than you will with this insane setup.

Sadly, we weren’t able to test any of these, and in the case of the Triton 900, it was literally in a glass case, but there are still some photos for you to smooch over.