Just when you thought thin was thin enough, Acer kicks down that door and goes thinner. Yes, the already incredibly thin Swift 7 just got a little more slim. It’s time to body shame the last generation and usher in the new age of ultra-thin laptops from Acer. 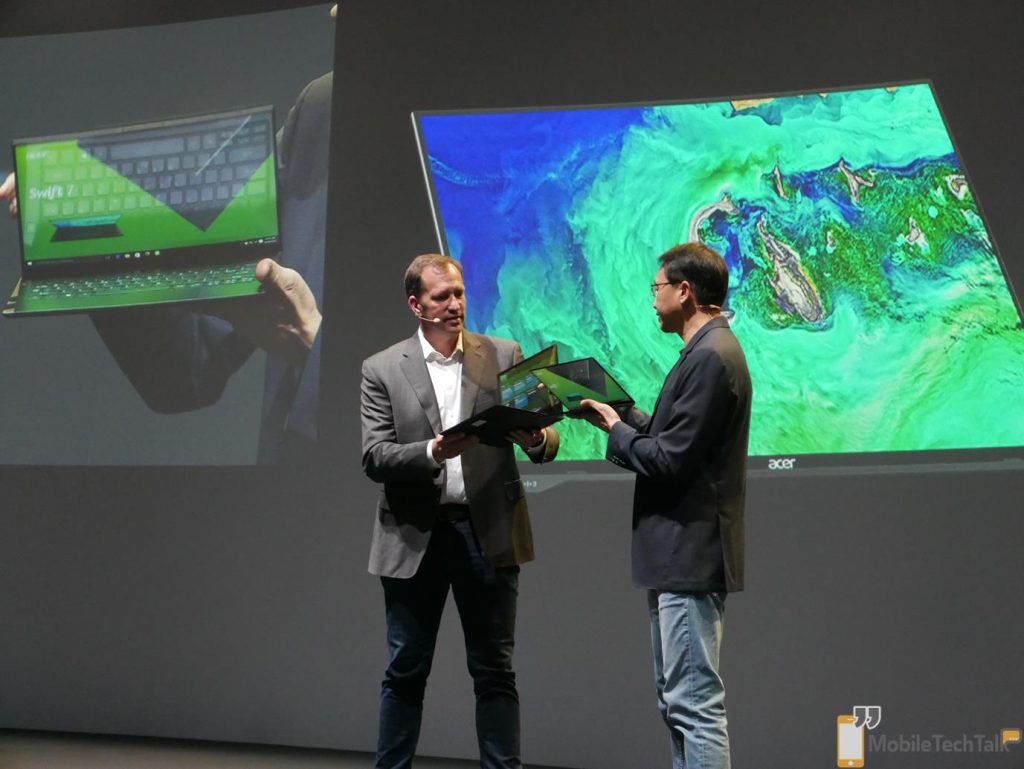 We reviewed the 2017 Swift 7 and were pleasantly surprised with the display but had a few choice words about the performance of the Y-series CPU include. It was thin and light, but the construction was a little flimsy for every day use and Dom certainly worried about breaking it.

Fast forward to IFA 2018 and Acer are at it again, announcing the Swift 7 update, with less than 1cm thickness, and weighing less than 1kg. So, with that in mind, will it be more of the same?

Acer have managed to slim the bezels, whilst keeping the same 14″ display, delivering a screen to body ratio of 92% which is insane to look at. Unfortunately we didn’t get any hands on time with this device. Acer are set to make a bigger deal of it at future events. We do know it will include an 8th Generation Intel chip, but we’re not sure what flavour. 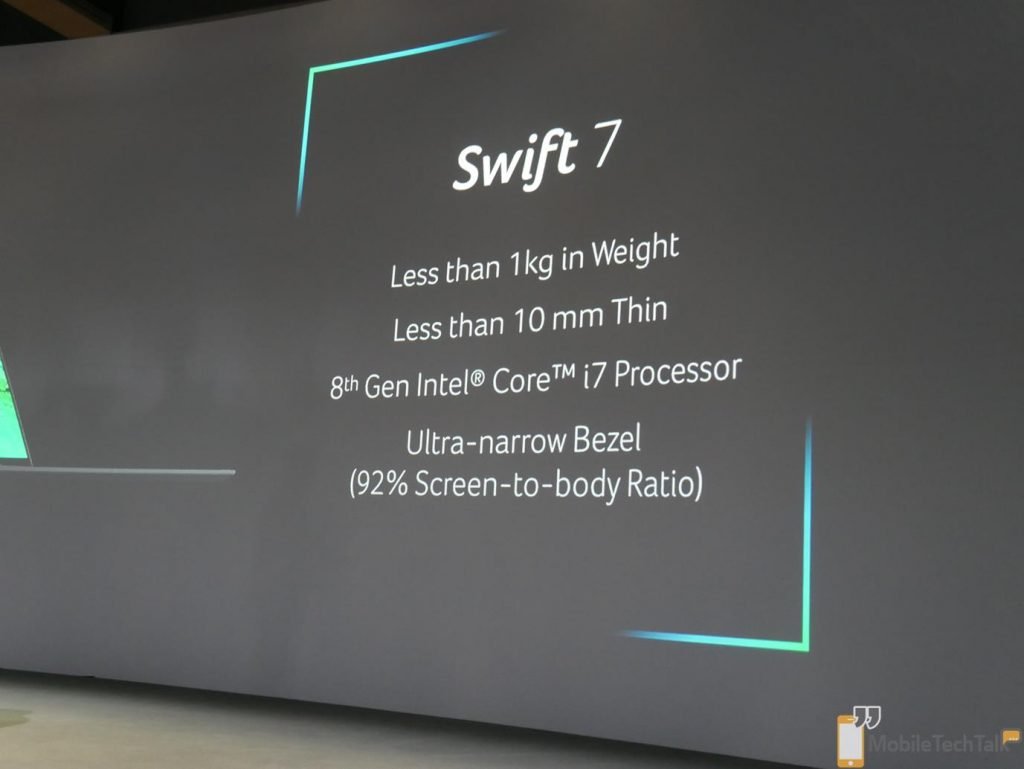 To counteract the rigidity issue with the chassis, Acer have delivered a metal alloy this year, delivering increased strength, but maintaining the light weight by using both magnesium and aluminium in the design.

We’ll no more in the coming months so stay tuned. 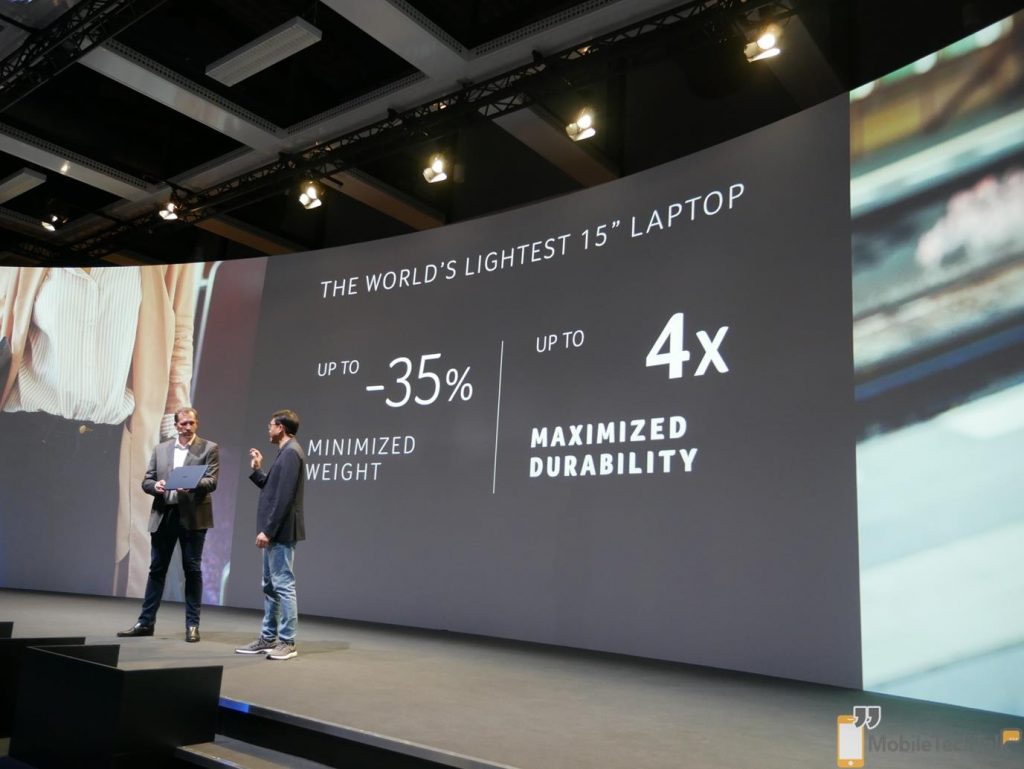 Acer also announced the updates to their Swift 5 with the weight being reduced by up to 35% whilst they claim a hardening of the chassis, by using the alloy previously mentioned, by up to a factor of 4 over previous models. 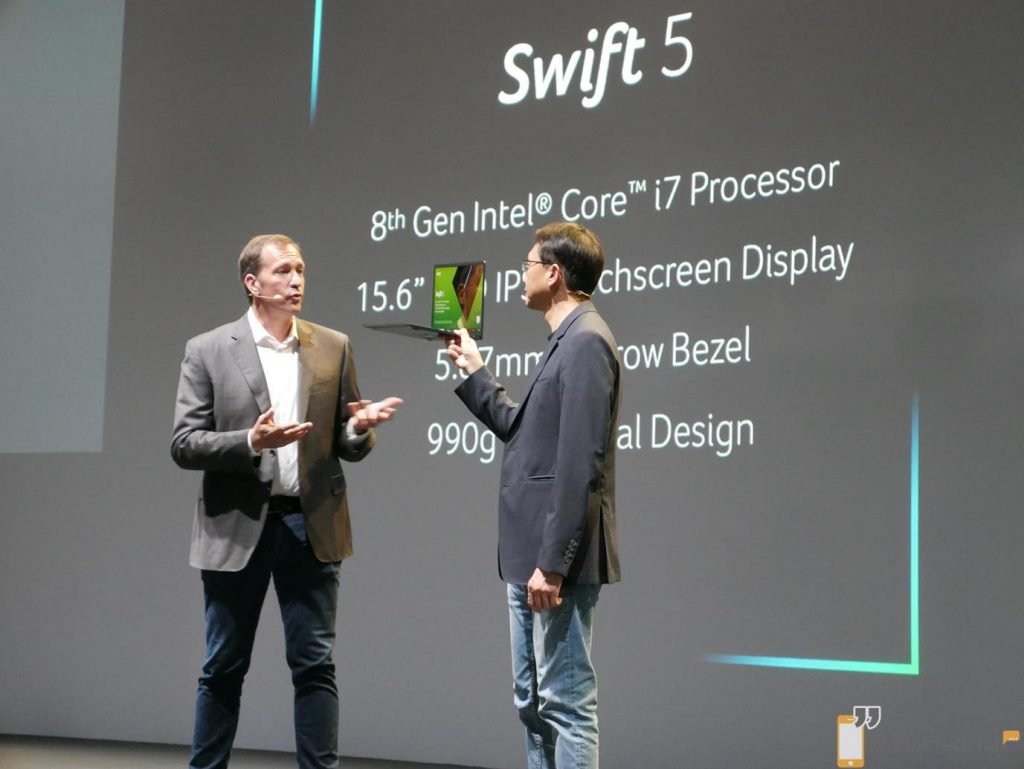 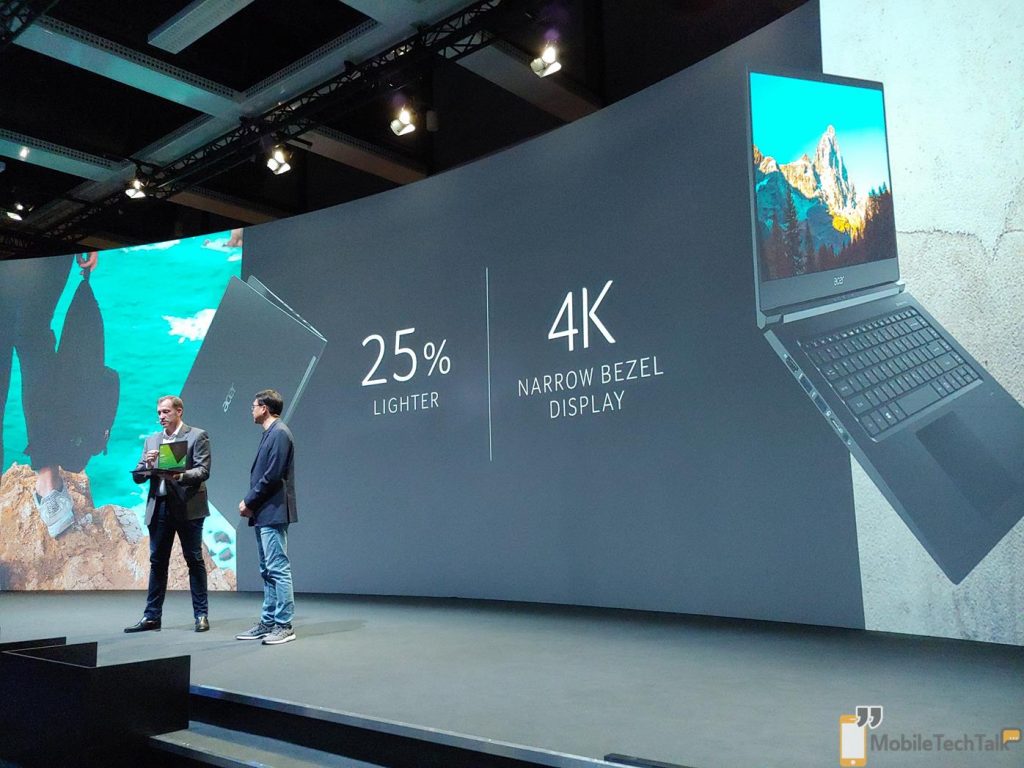 Acer also announced a new lineup of their Aspire laptops.

The Acer Aspire 3 will be limited to EMEA regions only, and will deliver a 14-inch HD or FHD display with a choice of processors and graphics options from both the Red and Blue teams, and up to 8GB of RAM. This looks likely to launch in December 2018 starting at €399.

The Acer Aspire 5 will also be EMEA only and will offer a choice of 14-inch and 15.6-inch displays with a number of 8th Generation Intel processors to choose from, and up to GeForce MX150 graphics. The starting price for the Acer Aspire 5 is €549.

The Acer Aspire 7 will be the bigger brother of the trio and will deliver a 15.6-inch display with FHD and UHD resolution options and up to an 8th Generation Core i7 CPU, with up to 16GB RAM. Interestingly a 4GB Radeon RX Vega M GL graphics option will be included as standard, all surrounded by a similarly constructed chassis, weighing in at 1.5kg.