The first major conference of the IFA 2018 tech event began with Acer strutting their stuff, with laptops, and showing off their latest gaming themed devices, but they also showcased their VR. Here’s a run down of the best of their Global Press Conference. 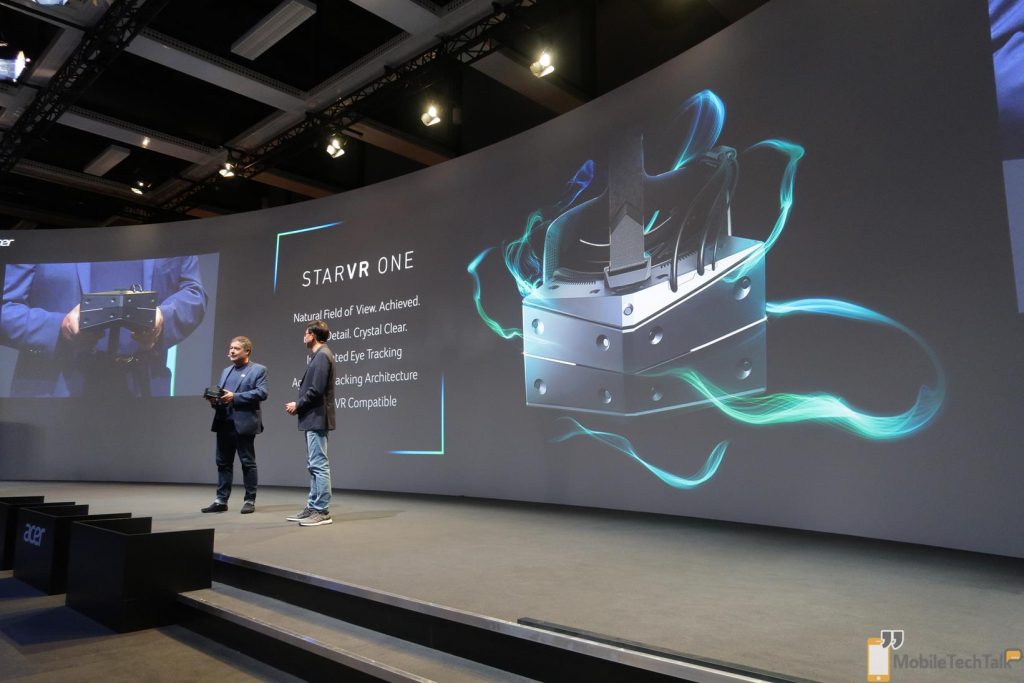 Did you know that Acer also dabble in AR and VR? No? Well you wouldn’t be the only one. At IFA 2018, Acer CEO Jason Chen started the event by showcasing the StarVR One.

The StarVR One started life as a joint venture between Starbreeze and Acer and Jason Chen brought Emmanuel Marquez, CTO of StarVR, up on stage to discuss the credentials of what they claim is the “best VR headset available”.

With a near natural human viewing angle consisting of 210 degrees horizontal view and 130 vertical, 16 million sub-pixels within a dual AMOLED display, Tobii eye tracking, dynamic IPD adjustment (interpupillary distance) to enable this allow more people to use the device with ease, and topping that off with a weight of 450g for the headset, the StarVR looks not only to gaming applications, but also the Enterprise market with an SDK for developers launching. 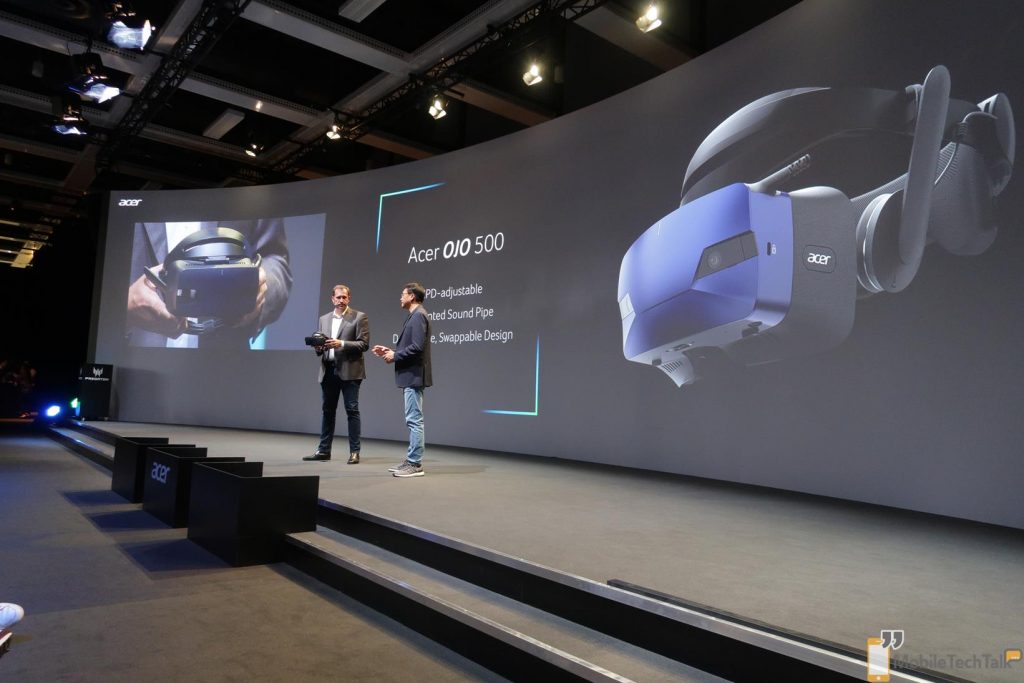 Next up for Acer was the OJO 500 Mixed Reality Headset. It lacks the style of the StarVR One, but it also has some interesting features.

Once more, a custom IPD will be great news for anybody that has suffered through the first few generations of VR/AR headsets. Equally so will be the OJO 500’s ability to detach completely the lens and head strap making it easy to clean and store when travelling.

There’s also an integrated audio solution which is a first for these types of headsets, and negates the need for an additional headset to be worn.

The OJO 500 is available in EMEA in November and will start at approximately €499, and €499 in North America.