Wireless earphones are all the range with the Apple Airpods being vastly more popular than any of its competitors including the Pixel Buds which have recently had their release in the UK. But these are both pricy and lack the quality which many audiophiles crave meaning they have to look elsewhere.

Spigen Legato Arc
+ FOR
- AGAINST 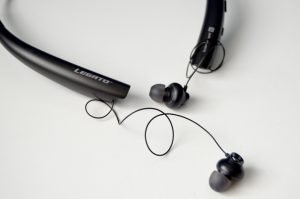 This is where the Legato Arc by Spigen comes into play. Spigen has traditionally been associated with the smartphone case market but similar to Anker, they are also branching out into other territories. 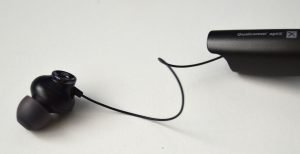 The box for the Legato Arc is slightly more subdued than that of its traditional Spigen brand but does still have the classic black and orange look. The box is fairly compact with the height being the same as a 13 inch laptop. 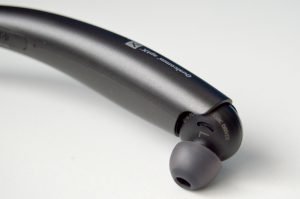 The contents of the box are fairly limited with the Arc itself, a micro USB cable which is about 15cm in length and 4 earbud tips so that you could swap the existing ones out for different sizes.

Putting the Arc on is incredibly simple with the band sitting around the back of your neck and it is so lightweight that you could easily forget it if its sitting on top of your coat or something. It pairs incredibly easily with the Arc’s Bluetooth connection being activated to be connected from the first time you turn it on. 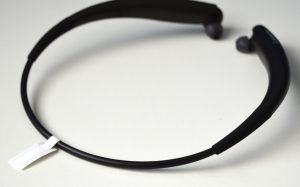 The earphones are attached by a retractable cable which I personally do find is a bit on the flimsy side because you will be constantly pulling this in and out to use it so maybe a slightly thicker cable or using a more durable material may help. However, this cable was probably chosen so that it can be retracted easily and fits into the thin form factor of the neck band. 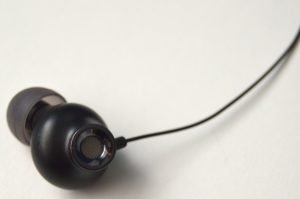 On the back of the neckband, there is a small information tag which informs you about the CE compliance alongside the fact that this cant be thrown in the bin, you will find similar symbols on the back of your phone or within the software somewhere.

The Arc has 2 sets of controls with the front one controlling the power alongside play and pause. I also was able to initiate Siri on my iPhone 8 Plus using this button. The one behind is a volume/track slider and I did find that sometimes it was a bit hard to find this button whilst wearing the neckband but I did eventually get used to it. 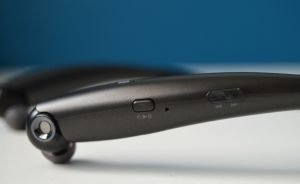 I did find when retracting the cable when the Arc was on my neck, the earbud did sometimes not fit back into the holder in the correct position so there was a bit of accidental movement, but this happened on occasion rather than on a daily basis. 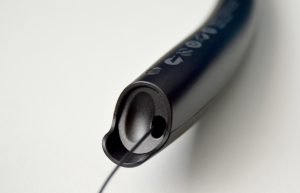 The sound blockage was impressive considering the earbuds only have silicon tips rather than the memory foam seen on some premium competitors. Even with no audio being played, I was able to block out about 60-70% of ambient noise which is great. This means the lack of any dedicated noise cancelling doesn’t make a huge difference to me. 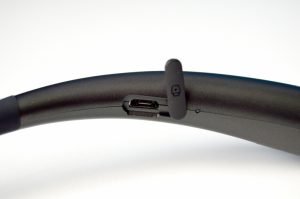 I was impressed with the quick charging functionality of the Legato Arc since a 5 minute charge provides an hour of listening time but a full charge to provide the 10 hours of music usage takes about 2 hours. I got around this in my testing but unfortunately this doesn’t adopt the USB C standard, instead the Arc uses the ageing micro USB standard and this is very well hidden and it took me a little bit of time to find it (it’s on the inside of the left side of the neckband). Having USB C would have futureproofed this but I guess since Spigen is still new in the market, they must have had a limited development budget to create this product in comparison to its competitors. 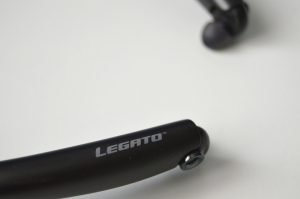 I have never claimed to be an audiophile and I probably never will since I just don’t hear a huge difference in many devices. But the audio on this was impressive with the ability to change the treble, mids and bass easily whilst the music is playing on the multifunctional button. 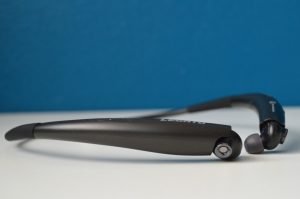 Qualcomm might not be a name you expect to see on a pair of headphones but Spigen has built in the HD wireless aptX chip into the Legato Arc. This means voice calls are much better with a more premium microphone dedicated to this. 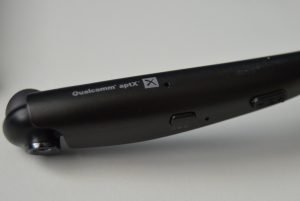 I have been thoroughly impressed by the Legato Arc neckband, I had often thought these kind of earphones were gimmicky alongside the fact that the earbuds never stayed in my ears but I think I have found a new favourite pair of “wireless” earphones.