There’s nothing I like seeing more than technology that not only satiates the geek in me, but also actually has the ability to enable change in individuals’ lives. Of course, a new camera in a smartphone, or a thinner bezel on a TV changes certain aspects of the owners’ lives, but it’s all fleeting, whereas the Omron EVOLV looks to aid those health conscious make keep an eye on what’s really important; one’s physical well being. 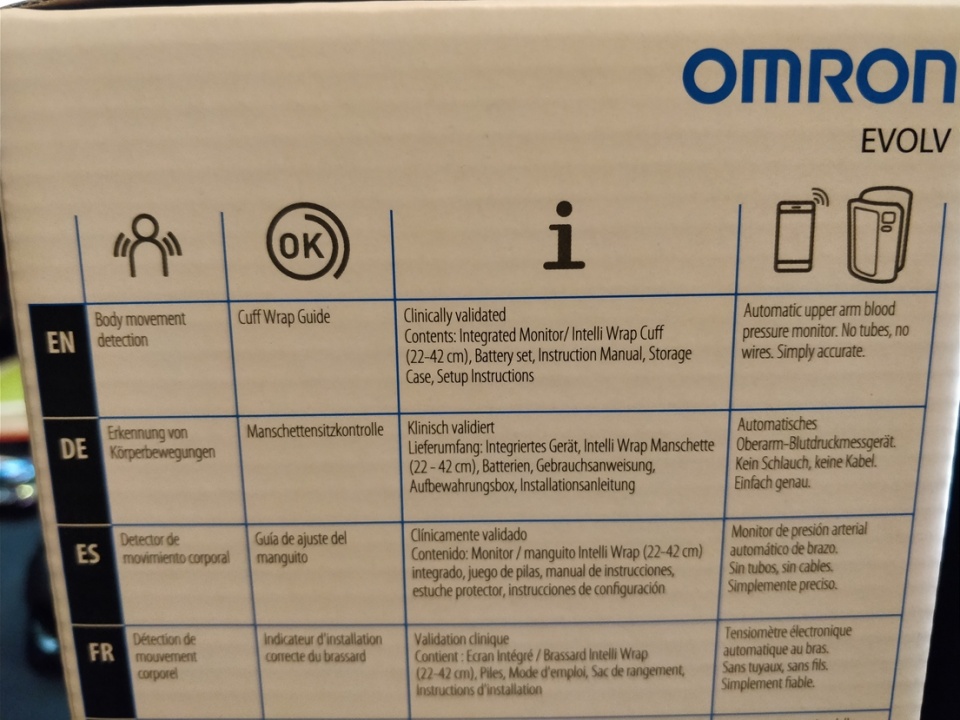 Let’s not kid about here folks, high blood pressure can put your long ans short-term health at risk. It can lead to an enormous list of horrible illnesses and diseases and it can lying there dormant with symptoms most would brush off as “a little headache” for example. In the age where catching these things early can be the difference between life and death, quite possibly in many cases, then gadgets that can help you in identifying markers such as these are just the sort of technology we should be embracing, no?

The EVOLV smart Blood Pressure cuff from Omron seeks to do just what it says on the tin. It is a blood pressure cuff you can use at home (or wherever you like as it’s portable) and can connect to your smart device to download the measurements. Gone are the annoying tubes and air inflation units from yesteryear and instead stands a cuff with a plastic surrounded lump of tech to do just the same with less hassle.

Omron are no strangers to the health market with the company producing a plethora of products aimed at improving health or identifying risks. The Omron EVOLV was new for 2017 and we’re just glad it found its way to us. 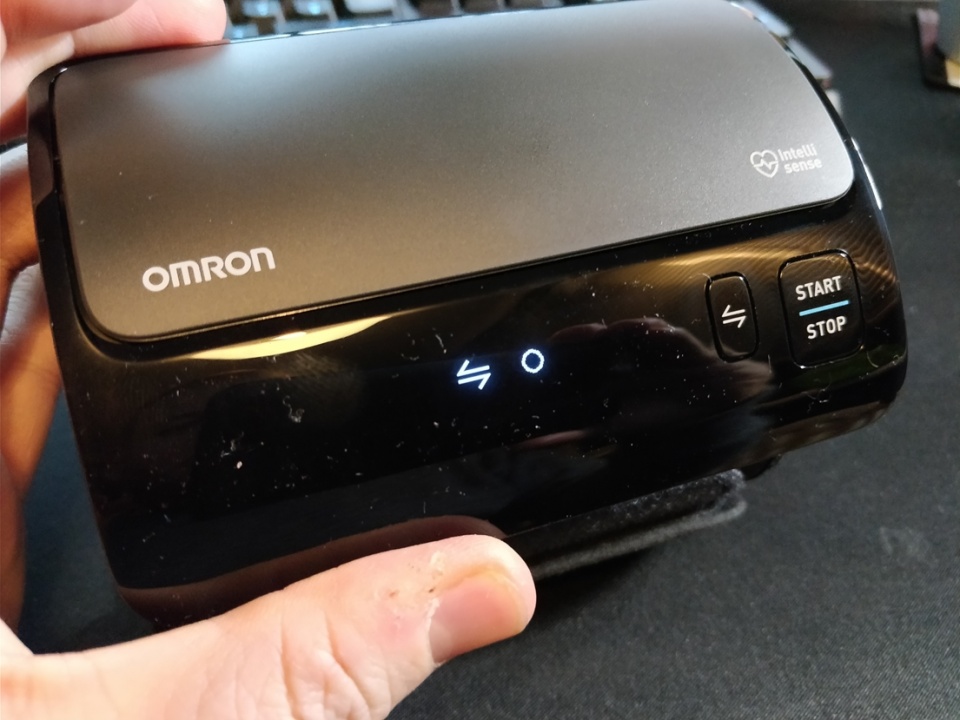 The design of the Omron EVOLV is what you might call understated. Considering its lofty ambitions to help look after your health, the Omron EVOLV is inoffensive with its black plastic chassis and black arm cuff. The unit runs from four AAA batteries and will last for around 300 readings before requiring new ones. Unfortunately there is no alternative power source and only batteries can be used to power the device. A built-in battery would have been nice but alas not this time.

The EVOLV has a LED display which shows you the readings in real-time, and whilst it’s not the most crisp or clear it does the job it needs to given there is a more primary method of reading back the results via a smart device.

In the package you not only get a comprehensive user guide in multiple languages, but the Omron EVOLV, as well as a carry/storage case.

There are only two buttons on the unit itself which makes it almost fool-proof. There is a Start/Stop button (guess what that does) and a Sync button, to be used to pair to your Bluetooth device so that readings can be stored on the app. You don’t have to use the app; you can simply take readings as and when you need to and look at the LED display to learn of your reading. The app simply allows you to store the data and recall it at a later date as well as storing profile related data.

The cuff fits snuggly and the user guide shows how to sit, wear and read the data the Omron EVOLV measures. The systolic and diastolic readings are coupled with pulse readings too. The cuff will also let you know if you’re fidgeting too much or if you have an irregular heartbeat during measurement. Handy on both counts, with one obviously being of more importance.

The key to this sort of device is the accuracy both of the readings, and the ability to take them. Thankfully the Omron EVOLV delivers on both counts. In a few weeks of testing this health device, I have had zero failed readings across a couple of different people and only one failed sync – due to me being a bit stupid and forgetting I had turned off Bluetooth.

The app is a little simple yes, and the readings whilst clinically validated (according to the paperwork) are limited to the 2-3 figures already pointed out, but frankly what else is expected of a device that specifically points out it’s reason for being; to read blood pressure and pulse rhythms. It’s a slice of the techie combined with the idea of  enhancing your ability to keep track of your health. What’s not to like?

Perhaps the price. I didn’t baulk at the near £100 price mark, but some might. If you are, this isn’t the device for you and you are most likely looking to have this as something of a novelty which won’t be used daily or even weekly. If you already have an existing condition that requires you to check your BP however this is a small sacrifice for thousands of hassle free readings, all with a history and graphing view. It’s quite frankly a must have if you want to track your BP with ease. 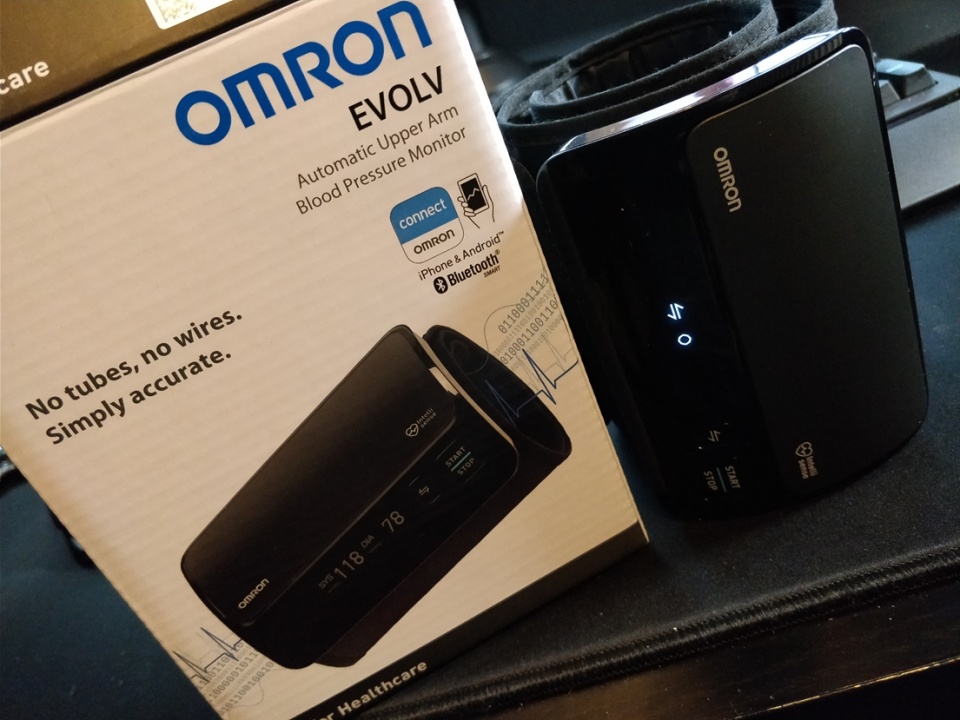