Apple’s latest generation of iPhones, the iPhone 7 and 7 Plus are iterative; on that there can be zero debate. Resembling Intel’s “tick- tock” methodology of product releases more than ever, Apple intends to continue to walk right up to the edge of innovation, and pull back, for the foreseeable future. But does this mean their devices are poor? Far from it. Check out the full iPhone 7 review with sample photos, and video, by reading on. I’ll preface this review with the fact that I’m an Android user. I used the Nexus One back in the day and every phone I’ve had since (a lot!) have been Android devices, bar one when I dabbled with a Windows Phone. The fact remains I haven’t ever discounted using an iPhone, I’ve just been wedded to one particular eco-system and never had any reason to move from it. When Three UK reached out for us to have a look at the iPhone 7, I actually thought it would be the ideal opportunity to dip my toe into the iOS water once more. The easiest way to describe my first impressions of the iPhone 7 is to say I was underwhelmed. I think that’s one of the key reasons I’ve stayed clear of the iPhone line for many years. I see their design aesthetic as particular iterative and very often bland. However with Android devices seemingly all being very close to that definition themselves, it was interesting to look at an iPhone with fresh eyes.

I had the Gold version for a few days and I have to say I really liked the design. Yes it’s nothing new, but there are subtle changes that really made me enjoy looking at it. The new antenna line positioning helps the aesthetic, as does a reduced camera hump. At first I wasn’t overly enamoured with the white front face, but again, that actually grew on me. The 2.5D glass (i.e. curved at the edges) is a growing trend in smartphones and one I can get behind. It not only improves the aesthetic but improves the feel in hand too. The chassis of the iPhone 7 is, like the glass, curved and sits firmly in almost any grip. The aluminium unibody isn’t the most grippy of materials but as most will use a bumper or case, that didn’t alarm me too much.

The 4.7″ screen was a little jarring at first also coming from a 5.5″ Android unit. The resolution was a paltry 750 x 1334 pixels on the iPhone 7 but the display could still be described as “great”. I thought it was vibrant enough and it gave enough clarity. There are a number of smartphones out there now with QHD displays and I, for one, don’t see the need at the sizes we’re talking about. For example, whilst I can tell the difference between 720p and 1080p on my 27″ Samsung TV, I am more than happy to watch 720p videos on it. To that end, 720p (effectively) on a 4.7″ display is more than fine for me. I do insist on 1080p on a 5.5″ though.

The volume buttons, power button and mute switch are all easily found and in the usual locations on the edges of the device, but the most fascinating button wasn’t even really a button at all. Since using my last iPhone (my work iPhone 5) there have been a lot of changes with that little circle on the front face of the iPhones, and on the iPhone 7, the home button utilises Apple’s “taptic” engine to deliver a slightly different experience. Taptic is in essence a series of vibrations to denote a number of different actions undertaken on the capacitive home button. The sensation does take some getting used to but coupling this with 3D touch, the home button should provide more opportunity for immersion than with previous iPhones. Whilst I enjoyed the taptic engine, I didn’t really find 3D touch all that useful for anything. That might be the “Android” in me coming out, but I found it easy enough to navigate application setting and functions without engaging 3D touch in day-to-day use.

Now, to the elephant in the room; the lack of any headphone jack. Here’s where I shock people – I don’t care. That’s right, I said it. I couldn’t care less about it. For the longest time I haven’t used wired headphones on my Android devices so this really didn’t bother me. It shouldn’t put anybody off the iPhone 7 either. There is an included Lightning port adapter if you don’t want to get a paid of Bluetooth headphones, and Apple include a wired pair in the box for you. On the audio aspect, a bigger talking point for me was the introduction of stereo playback utilising the ear piece and the bottom facing speaker.

Another aspect of the new generation of iOS devices is IP67 rating for dust and water resistance. I didn’t push this to any extremes (I’m not dropping the device in a pool!) but I did use the device in the rain and it was absolutely fine. However the age-old issue of water droplets on the screen effectively simulating finger presses persists. A quick wipe and you’re good to go though. The design of the iPhone can be summarised as such; a good looking Apple device that’s not too different to constitute major debate (headphone jack to one side) but not too similar that it would garner an over abundance of ire from the media. A difficult path to walk but one Apple are used to walking and that again shows here.

Throughout my time with the iPhone 7 not once did I find it anything but smooth as silk. Raw performance of the iPhone 7 was stunning and actually put almost every recent Android interaction to shame. Android devices are arguably more versatile but the iOS device just works. That’s what mot people want right?

Multi-tasking and RAM management was stellar during my testing and I never failed to go back to an application just where I’d left it. Granted, I could replicate redraws and re-loading of applications in synthetically by pushing the number of applications in use to absurd levels, but in ‘normal’ moderate use, there was none of that, which was great to find.

The Fusion A10 chip didn’t just help with day-to-day performance, but it also contributed to the battery life of the iPhone 7. Sipping the battery rather than guzzling meant that a device with only 1960 mAh worth of juice lasted me easily through a normal day’s use. By normal, I’m talking some social media and email polling, as well as a ton of pictures and some video.

I’ll cover it off briefly because some people still use it, but making and receiving calls on the unit was as expected; perfectly fine. Both the recipient and the caller were heard by the other without incident, even on a relatively busy road.

The 12MP rear facing camera is offset on the front with an 7MP selfie, or ‘Facetime’ camera. Both perform admirably! The 12MP camera has less megapixels than previous smartphones over the last 18 months or so, but the key has been on utilising improved sensors and using larger pixel sizes to fit more light data in them.

Check out some of the samples below. These were taken across a weekend in Brighton, with overcast weather almost throughout the weekend. The odd ray of sunshine. All of these shots were taken in “point and click” scenarios to mimic the majority of consumers usage. 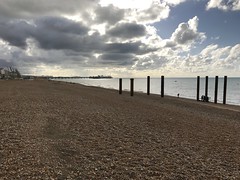 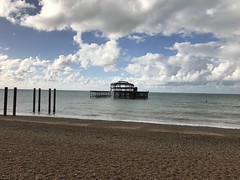 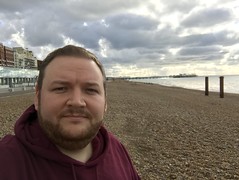 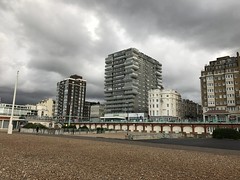 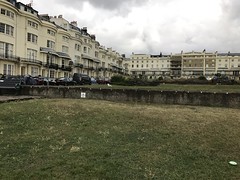 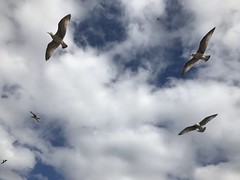 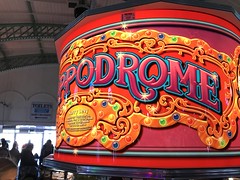 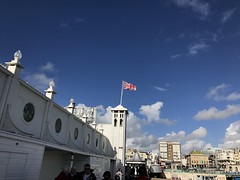 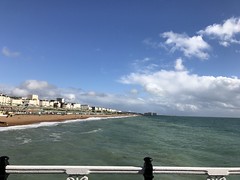 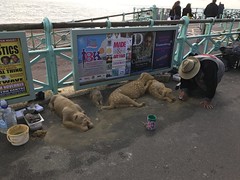 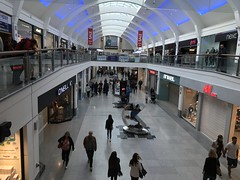 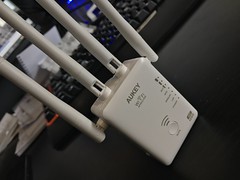 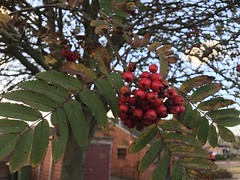 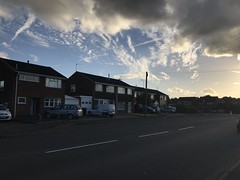 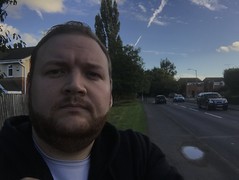 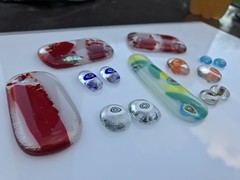 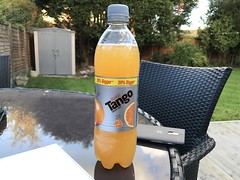 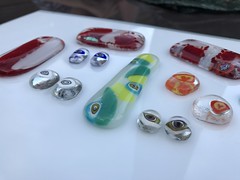 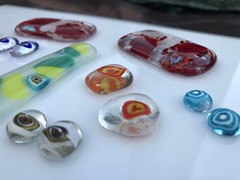 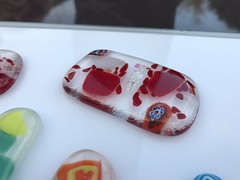 As I mentioned in the #TheBrief video on the iPhone 7 the colours are vibrant and whilst the Galaxy S7 can produce better shots with some composition and manual work, click and shoot shots can sometimes be interchangeable which is quite impressive.

The Facetime camera was also plenty good enough with the dynamic range picking out some of the lowlights from the background when in use. This is one area that lots of selfie cameras fail to do adequately but the iPhone 7 manages it here.

I won’t reinvent the wheel so instead I’ll call upon my conclusion from my accompanying video.

Simply put, if you’ve got the money, and you’ll need at least £599 for the base 32GB model, and you’re wedded to the iOS eco-system, this is a great device to splurge on. Those who want more than a digital zoom in their camera, and want a full HD resolution display, might want to check out the iPhone 7 Plus, but beware of that price gap.

Apple have, once again, managed to deliver an incredibly iterative device to a marketplace that is crying out for anything but, and somehow make it compelling. For existing iPhone 6S customers, you could quite happily wait for Apple’s next generation before jumping ship, but if you part with the cash or get a good trade in deal, we’re sure you won’t be disappointed with the iPhone 7. 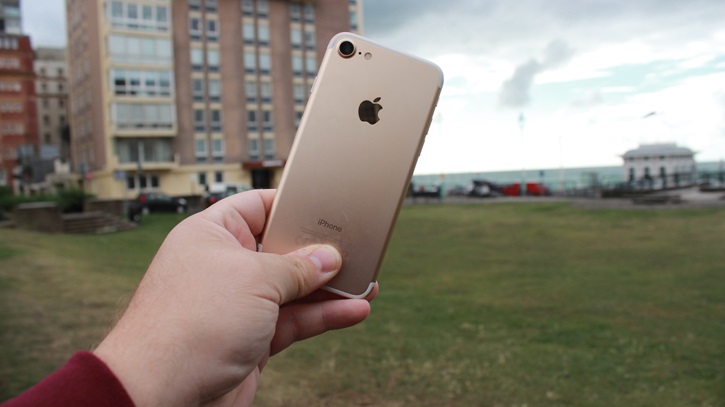