We checked out the Bullet from IMOU recently and, for the price, we were quite pleased with the package in total and what it could offer the consumer for SOHO CCTV activities. The one draw back was that there was no Wireless feature. Thankfully, the IMOU Cell Pro includes a Wireless base station that connects to what looks like a Wireless version of their LOOC camera. Let’s check it out! 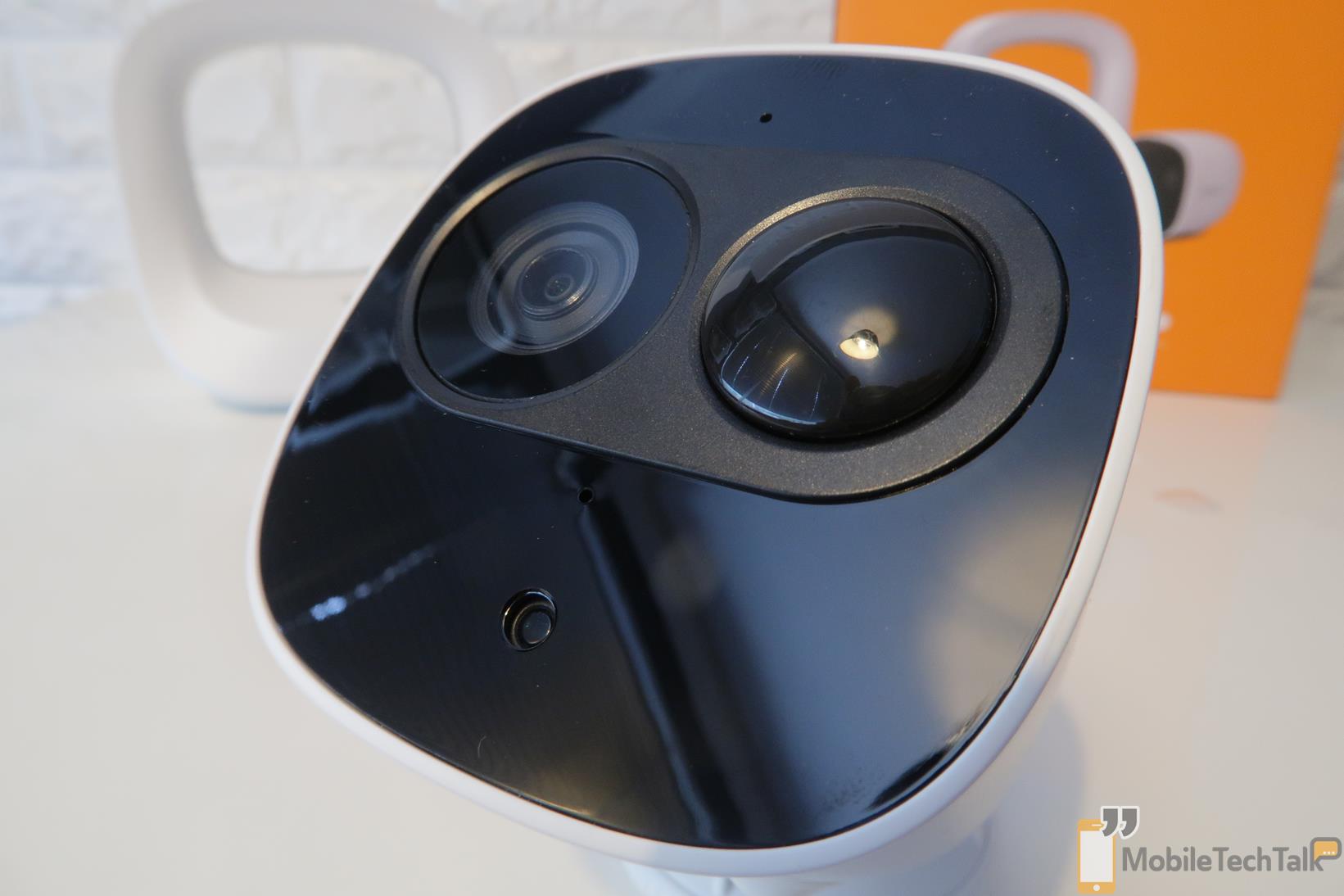 IMOU Cell Pro
+ FOR
- AGAINST

Ahhh, who needs security right? That’s right, I said it. Do regular people really need to be concerned enough with their home/small office security to be interested in devices such as this? Yes, yes they do. Whether you happen to live in an incredibly well-to-do area, within a gated community, or somewhere substantially less lush, security is a very real consideration for homeowners and beyond.

Look, it might not be the case that you own an Aston Martin and need to be sure nobody is rubbing up against it when you’re not watching. People have expensive stuff now. Smartphones, TVs, PCs, motorbikes, etc. It all costs some substantial money, and for a proportionately small amount of cash, devices like the IMOU Cell Pro can help to safeguard your most prized possessions.

The IMOU Cell Pro consists of a base station which connects to your home network/router via an ethernet cable, and what looks like a LOOC camera, but without the wire. The camera connects wirelessly to the base station and uses a removable, rechargeable battery to power it.

Setup of the IMOU Cell Pro is absolutely simplicity personified. Unpack, find a place for the base station close to your router or a network point, connect with an ethernet cable, plug in the AC adapter, and then get to work on the camera itself. Unpack that, charge the battery and dump it in the camera, and press the base station sync button and then the sync button on the camera. Done and dusted – that’s it! The two connect up and then you use the IMOU app to access the camera for live view, or history recordings, as well as arm settings and notification settings.

There’s also an easy mounting method too. The Cell Pro comes with a mounting template and the relevant screws, and once mounted can easily be tightened/unscrewed to allow access to the battery for recharging. I personally attempted to use some Gorilla tape (3M to many) but as this is sitting outside, I think a drillbit is going to be required to be sure it’s going to stay put. The swivel lock method is also a little loose to me. Furthermore, make sure you put it up somewhere where nobody can grab it! 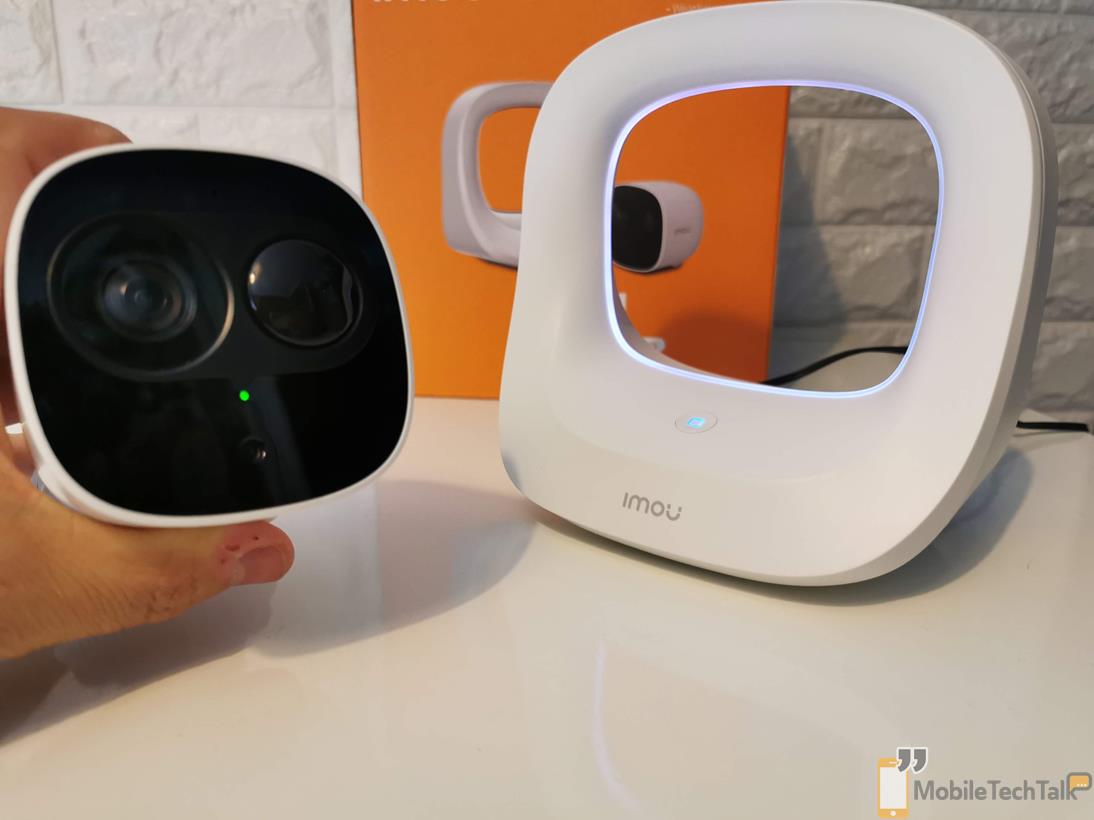 Let’s get into some of the utility of this. Using the companion app, you can scan a QR code to add the device to the app to allow features and settings to be controlled. Once added, you have a few easy to change settings that should be looked at. Notifications can be set simply to on or off, as can arm settings which control whether PIR is used.

This differs a little from the same settings for other cameras in the IMOU range. I was expecting to see something similar to the IMOU Bullet, wherein you could set the regions that cause a notification to be triggered.

For a more detailed overview of the application that controls the IMOU devices, check out my Bullet review.

Once movement is noticed, the Cell Pro will record a short 1-minute clip to the internal memory (remember to put a USB stick into the base station). It can be recorded in FHD (1080p) as well as SD which is a paltry 640 x 480. Pro tip; don’t use the SD recording – it’s rather poor. The 1080p is crisp and clean though.

You can also use the app to logon to the camera at any point and view the live stream. The bitrate isn’t the highest, but it’s very easy to see what you’re looking at and snapshots (which can be taken in the app too) are crisp.

The Cell Pro camera is IP65 weather-proofed, so rain isn’t going to cause it any issues, however, the construction of the unit isn’t the “tightest” which does give me a reason to worry about the durability of the unit. The IMOU Bullet I recently reviewed hasn’t had any issues, so my worry might well be unfounded.

Away from the picture, which let’s face it, should be good considering that is the sole reason somebody will be buying this type of device, the battery life is great. IMOU suggest 6 months on a single charge and based on the speed at which the battery has discharged in the two weeks of this review, I can believe it. Unlike the Ring Doorbell 2, which I also reviewed, and to be fair is a slightly different product, the battery cannot be recharged directly, and the entire camera needs to be removed to charge it. Whilst not a massive issue, at least the Doorbell gave the impression “big brother is watching” whether the battery is in or not. It’s very, very clear when the camera isn’t visible, so if anybody was waiting for an opportune time to test your defensive capabilities, then would be the time.

Another little niggle whilst we’re on that is that when the PIR is triggered, and the 1-minute video is recorded, there seems to be a bit of a delay until the camera is ready to capture another video. This delay seems to vary but is quite small. It’s still annoying hwoever as some quite important video might be missed during that time. I’d quite like the recording to continue to be extended if PIR is triggered again within that 1-minute period. Maybe with an update?

The cost of £229 isn’t something that really bothered me, as there are many devices out there that offer similar functionality, without a wireless option, for similar pricing. There’s added utility here too that might add value for some. Not only can you use the IMOU app to control any other non-Cell Pro cameras from IMOU you might have, but if you do have another camera to add to the Cell Pro, you can independently control those too.

It’d be nice to have a little more granular control over the cameras connected to the base station, and perhaps a PoE connection for the base station to avoid the need for an AC adpater but this is me nitpicking.

If you’re in the market for a CCTV solution for your home or small business, you can do a lot worse than look to the IMOU Cell Pro. Just make sure the camera is high enough not to be pulled off, easy enough to access to be recharged, and that you keep an eye on the battery – even though you’ll only have to charge it very infrequently.