With devices getting smaller and more portable, and smart backpacks and the like making it more comfortable than ever to travel with tech, we are carrying more technology than perhaps ever before. This tech extends to our wallets too, with cards such as Monzo, Curve and others, finding a permanent home in our pockets, along with other items such as Bluetooth trackers. In the Ekster Parliament wallet, you might just find the perfect, minimalist, feature-rich wallet for an everyday carry such as this. Let’s take a closer look. 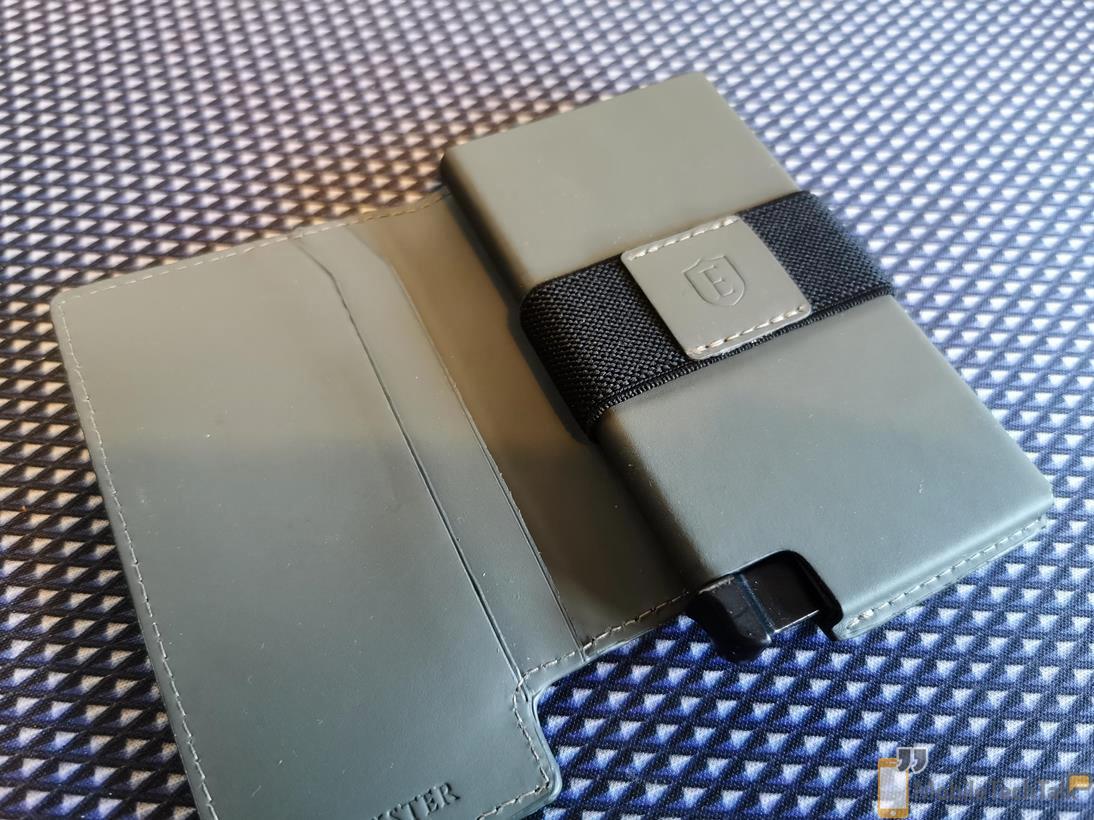 Ekster Parliament Wallet
+ FOR
- AGAINST

First up, a big shout out to Ekster for sending over a couple of their wallets for our review, and a giveaway (more news on that later). We’re reviewing the Matte Grey version but there are many others. Head on over to Ekster’s website for more products and information.

Thank almighty Zeus for Ekster’s packaging. Small, compact, and without extraneous boxes-upon-boxes. The box your wallet will come in is wrapped in shrink plastic which isn’t great, but it is tiny and offers just sufficient housing for the wallet inside, and nothing more.

That is, of course, easier to do when the device you’re packaging is also diminutive in stature. The Ekster Parliament measures just 0.4 x 4.1 x 2.5 in (1.1 x 10.5 x 6.5 cm) and can easily fit into a pocket without feeling bulky. Those who lean towards the ultra-skinny Jeans might feel a little more bulk than usual, but it obviously depends on the wallet you’re used to carrying.

So Fresh, So Clean

The Ekster Parliament just looks so clean and compact. It’s hard to believe the number of cards that can be stored (both in the card slot and elsewhere) in the wallet, as well as money compartments. As an aside, I actually made my own custom wallet a few years back as I couldn’t find anything that a) fit my minimalist requirement and b) had the combination of features I needed. The Ekster Parliament is that wallet with much better finishing and aesthetics.

The main aspect of the wallet is a card slider system that can hold around 4-6 standard-sized cards in total. The container is RFID/NFC blocking for the safety-conscious. I tested this with a number of NFC readers from my smartphone and none of them penetrated. Tick number one! The cards are exposed via an admittedly cheap-feeling plastic trigger at the bottom left of the wallet. The mechanism is clean and feels smooth however the cards can ‘fall’ out if the wallet is flicked, so just don’t throw your wallet around too much. 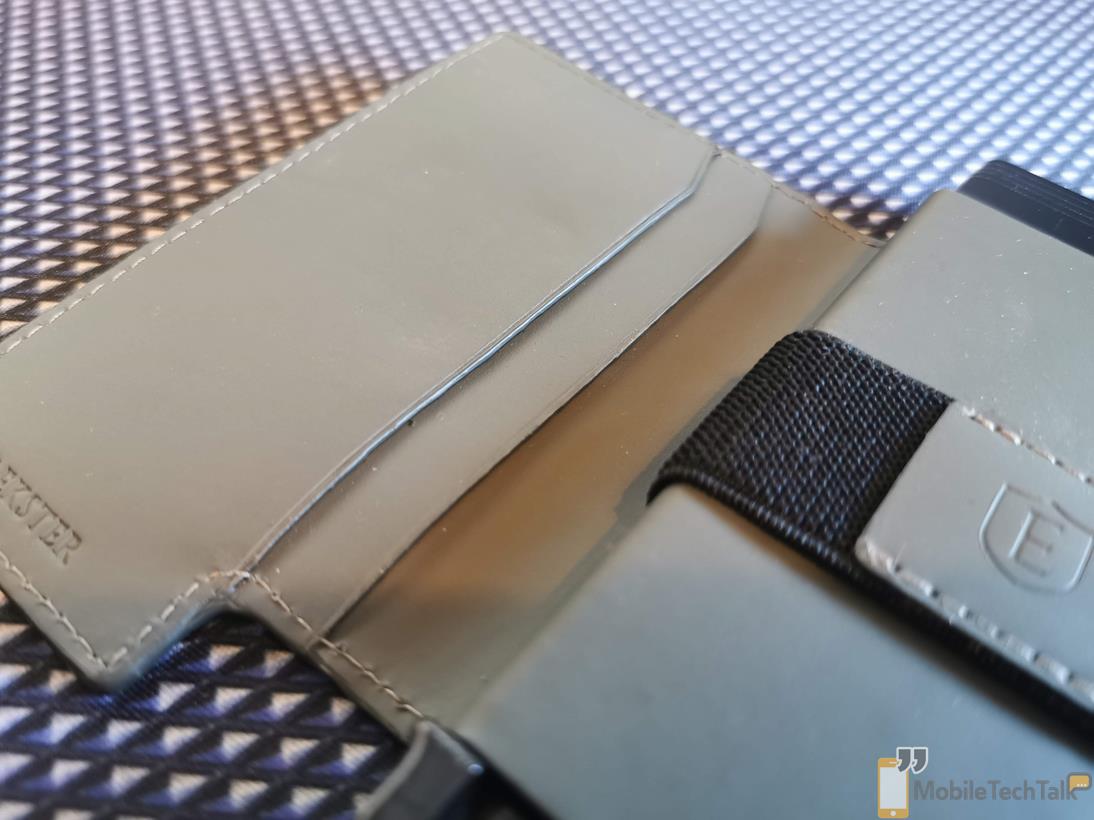 Flip the wallet open and there is space on the inner sleeve for a couple more cards, as well as a branded elastic money band to store notes or receipts. Now, most minimalist wallets like this have either a card slot system or a bi-fold design with slots; seldom do you see premium offerings with both, at this small size.

Finally, flip around to the back, and there’s an opening for another card. I used this slot for my driving license. It’s too exposed for anything I’d really car about losing such as a frequently used credit card.

The matte finish is absolutely beautiful. It feels like a leather equivalent of how brushed metal feels to me. It’s a premium feel, and that is reflected in the cost. $89 (~£73) will get you an Ekster Parliament with a matte finish. That might be a bit rich for some, as there are minimalist wallets out there for £15-£20 however if you’re after the combination of card slot, internal slots as well as storage for money, all tied up in a gorgeous finish, this might well suit.

For me, I’d pay this for that combination. Not only are the materials used premium but the wallet is backed by a 1 year warranty too.

As with all card slots, there is a little give here which means that depending on the combination of cards you’re storing, they can be prone to falling out with a little flick of the wrist. “Don’t do that” would be my suggestion. Equally, until the leather is a little more weathered and loosens up, the main flap does tend to suspend itself in the air rather than sitting flat which might be annoying for some. Rest assured, after a few weeks of constant use, this starts to sit more snugly to the card slot.

I’d have liked to have seen some form of customisation on offer for the price, be that a small set of initials, or something similar. Equally, I’d like a metallic trigger button rather than the plastic one. It remains to be seen how many ‘fires’ I get on that button before the mechanism starts to play up. I have similar wallets and to be fair, they are still going strong so there is no reason to think this one will be any different. The plastic just doesn’t feel as premium as the rest of the unit.

Furthermore, as the RFID protection only extends to the card slot box, I’d invest in a thin RFID blocking sleeve and put then in the internal sleeves of the wallet, just for the added protection it might offer.

With all that taken into consideration, the Ekster Parliament is still a great little wallet; first and foremost because it is just that – little. The minimalist and EDC brigade will love this, and for me, it fits perfectly in any pocket and carries just the essentials I need. Check it out if you’re likeminded!