There are many ways to secure your home in 2017. Hi-tech and low tech solutions are available from wired and wireless alarm systems, to integrated smart homes and access control. Maybe you don’t need the level of security your average Bank would require though. Perhaps you just need to keep an eye on something from time to time? Network attached IP cameras are a good way of securing an area, understanding what is going on in said area, and even monitoring that bird nest for new hatchling. We take a look at the Aukey IP Camera and see what a budget network attached camera offers and explore some use cases in our review. 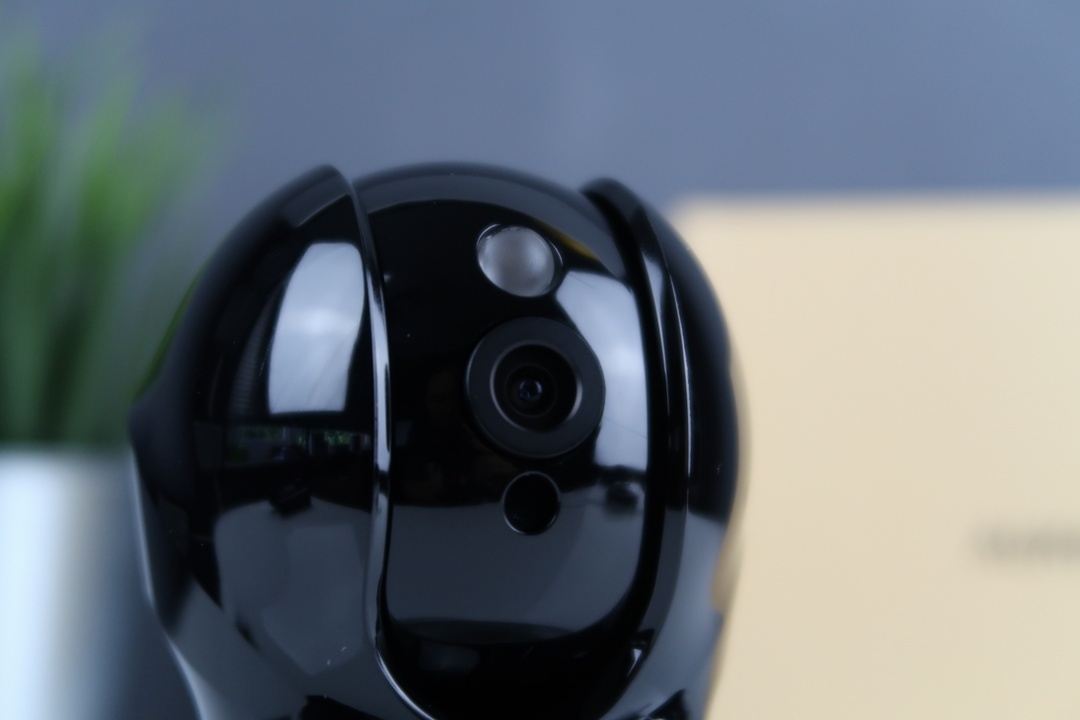 We’re no stranger to Aukey here at MTT. They’ve long been a go to provider of power banks as well as desk lamps for our team. The Aukey IP Camera is a bit of a departure for us in terms of their product reviews however. I specifically requested this unit as we have a particular use case to put it to the test with. We have a thief, and I’m determined to get to the bottom of it! Oh, I know that sounds dramatic, but let me explain. I have recently undertaken a rather drastic health kick, and my protein bars are like Gold pressed Latinum to me! Strangely though, they seem to grow legs and simply run away often leaving me scratching my head wondering why the bars I had stashed are no longer sitting there looking at me.

Let’s start with some specs.

One of the key specs there for me is Night Vision. It sounds all kind of SpecOps, but I’m guessing my bars disappear late at night so visibility in the dark is key.

Delving in to the box, there’s actually quite a lot you get with this unit. There’s the camera of course which is a glossy black plastic finish; fingerprints galore! A mounting unit with the accompanying screws comes along with a user manual, AC adapter with microUSB power cable, and an Ethernet cable for wired connectivity. The Aukey IP Camera is capable of Wireless connectivity also, but only on the 2.4Ghz band which is a little disappointing.

The Camera has a microUSB port on the rear for power, as well as a reset button, function button, and the Ethernet port around back. There’s also a microSD slot to allow recordings and images to be stored. On the side of the unit is a microphone pinhole with a speaker on the opposite side, and up top, front and centre is the 2MP sensor along with IR LED, and motion detection sensor.

The setup of the Aukey IP Camera is a little lopsided, but ultimately it works. Most people will no doubt be setting this device up via the 2.4Ghz Wireless option. To do that, grab the app from either the iOS App Store or Google Play Store, create a new account, and then scan the QR code on the bottom of the Camera. This should auto-populate the device ID and the relevant access point details. You’ll then be prompted for the Wireless SSID and security credentials that you wish the Camera to access. What you’ll then hear is one of the most shocking noises to come out of a smartphone. The screech is reminiscent of a modem attempting to connect to your dial-up provider back in the day. I’m not even going to give you a sample of the noise as it’s that hideous. The microphone on the device should pickup the excruciating banshee screech and pass the entered details from the app, to the camera. It’s convoluted, and shoddy. It does however work.

Instead, I took to connecting the device up to my wired network, assigning a static IP address to the device and configuring it via the browser-based control panel. It’s nice that you have options here and the advanced users will no doubt plump for the same route I did to nullify the bleeding from their ears!

Once connected however all is seamless. The app provides the basic functions at a tap such as recording, taking an image still, live view and control, as well as access to the more advanced settings such as motion control, timed recording times and motion alarms. All work very well and are responsive.

Having a 2MP sensor was a bit of a worry but the images it delivers are more than acceptable for the use case I have and for most I can think of actually. Keeping an eye on your house inside, checking out some racks in your own personal datacentre, or even attempting to catch food thieves; good quality images for all of those use cases. 1080p video can be had from the Aukey IP Camera at 30fps which is, again, more than acceptable here. 60fps might have been a nice option due to the fact that some of the captured footage is bound to include movement, but I think for non-critical applications, 30fps will do the job just fine. The camera movement allows a full 360 degree rotation and tilt and can be used for two-way communication thanks to the speaker and microphone built-in. 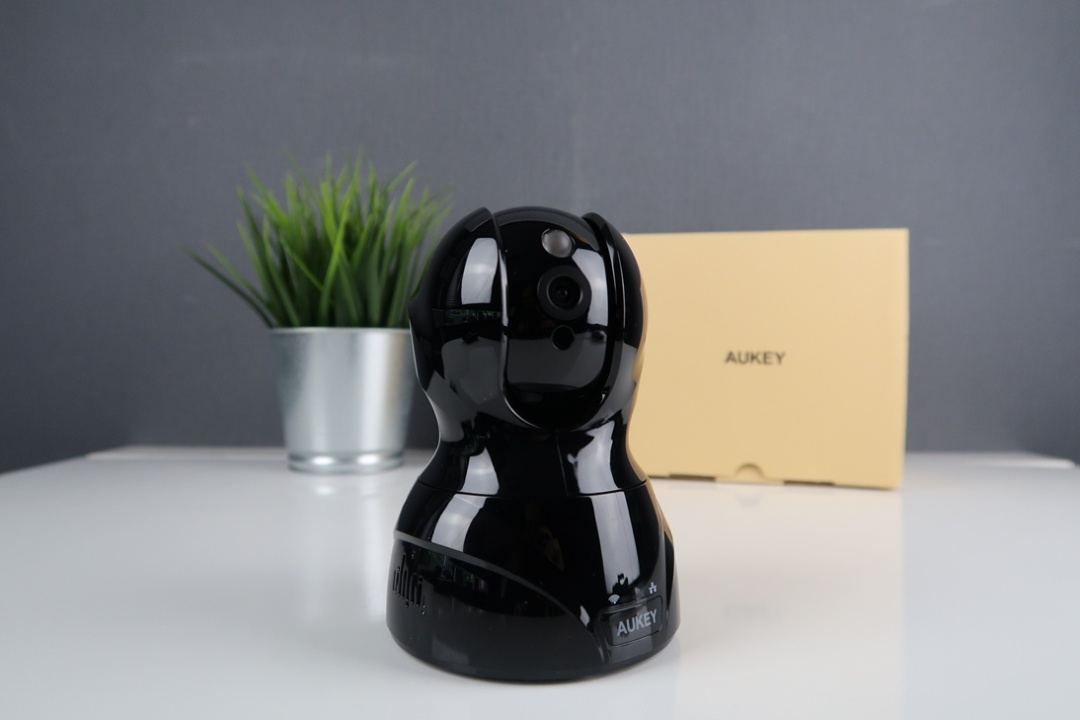 I’ll just come straight out and say it. The Aukey IP Camera is no looker. Its plastic finish is a bit cheap looking and it looks rather old school. However, it is function over form for devices like this and it has the utility you’d expect from an IP camera and the accessories you require to get started.

It provides good video with a good set of features that allow a wide use case for the device from security due to motion detection, and on to general monitoring thanks to live view.

There are a few elements that I’d look to change however. The lack of any 5Ghz access or Enterprise level security on the Wireless connection is a little irksome, as is the audio based WiFi setup procedure; sheesh that’s hideous in fact. Equally, I’d really liked to have seen a PoE version of the device to do away with the AC requirement. Perhaps that’s a gen 2 suggestion.

The unit hasn’t helped me spy the thief quite yet, but I’m confident! 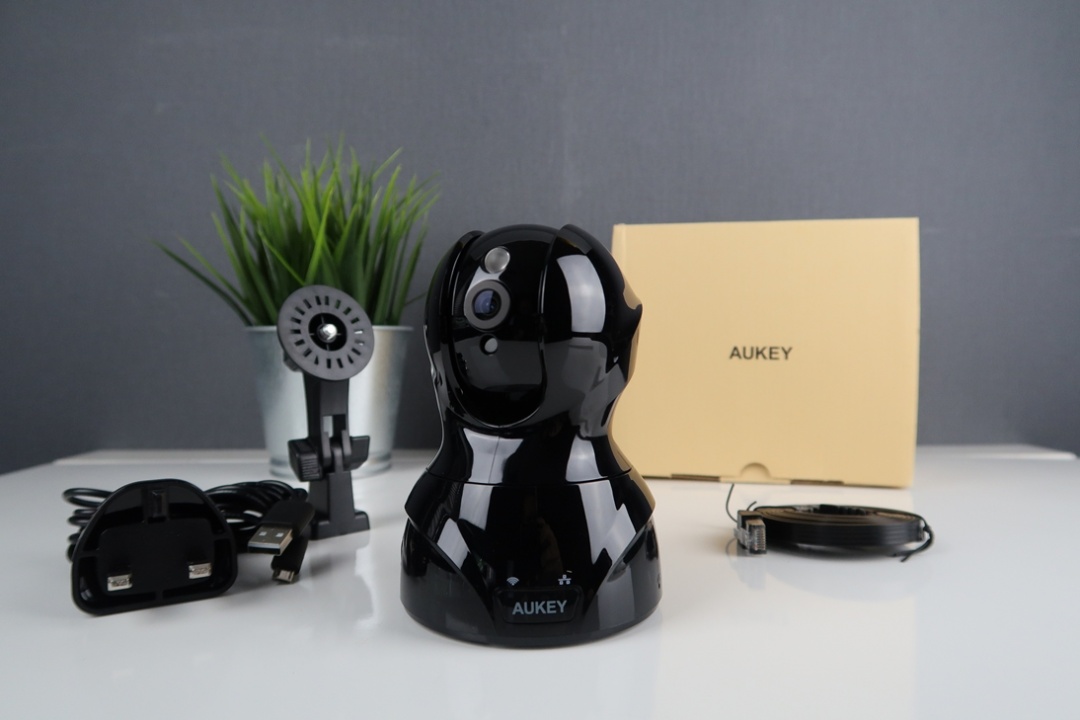