So as the techies among you will have known, Google held their September event yesterday in which they launched a couple of Nexus phones, Chromecasts and even a new “Chromebook”, with some major app updates, so let’s get started with our roundup.

Firstly, if you want to take a look at the Google September Event Stream, see below:

So first off we got two new Nexus phones. The Nexus 6P and the Nexus 5X. So I’ll start with the 5X.

The first thing people want to know is specs. Well for the 5X they’re pretty good. You’re looking at: 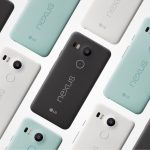 For the Nexus 6P the specs follows:

The new Chromecast now has a modern design in 3 colours (Black, Lemonade & Coral) as well as having an integrated HDMI cable so you no longer have it sticking straight out of your TV. It now also has better WiFi performance including 2.4GHZ & 5GHz with 3 antennas giving better coverage.

Chromecast Audio is the new one on the block that nobody was expecting. How does it work? Well it works in the same way the regular Chromecast does, the only difference being that it streams audio only. It also uses the same antenna system as the new Chromecast. Just press the cast button and instead of only showing the cast logo for the original and new Chromecast you see a speaker icon. It’s basically Google’s take on Sonos. The device only comes in black with a lemonade 3.5mm to 3.5mm jack cable. However it also supports optical audio and RCA.

On to the Chromebook Pixel C. In the intro I used air quotes around Chromebook. This is because the Chromebook Pixel C is a laptop/tablet convertible. It is similar to Apple’s iPad Pro, as in it runs a mobile operating system with a Bluetooth keyboard meaning that you don’t have the 4 pin connector which sets it way a head of the iPad Pro. So whilst the keyboard is Bluetooth it has a small battery which charges inductively straight from the tablet when folded like a traditional laptop. But how does the keyboard connect to the tablet? Well it uses magnets. When connected like an open laptop, the tablet detects that and switches to the keyboard – pretty clever. So the specifications for this new “Chromebook” are:

Okay, so that’s all the devices out the way. Lets move onto the app updates.

First off we got an updated Google Play Store Music. The biggest news here is there will be a Google Play Music Family Plan. It will cost $14.99 a month for up to 6 family members, and it allows you to listen to music any time on any device with each family member getting music recommendations. So basically you get the same features you’d expect to get individually, but for 6 users, and at a lower cost.

Summary of the improvements to to Google Play Music

Google Photos is another app to get an upgrade. One new feature is Shared Albums. Now when you create and share an album and the receiver opens the album, a + button appears and allows them to upload photos to album. The owner then gets a notification which shows which pictures were added by displaying that person’s name. If you send the link to another person who didn’t take any photos, they can subscribe to that album giving them a notification when a new photo is added. It will be available later this year.

Another feature is labels. Now you can label photos meaning that can search for photos using the labels you made when uploading them. Now this is a feature that will be rolling out this week for Android and labelled (see what we did there?) as coming soon for web and iOS.

The final feature utilises the Chromecast. Lets say you took a day trip with your family, and you want to show them off. Simply open the photos app select the Chromecast you want to use, select a photo and begin to flick through them. Let’s say you finish viewing them and you have a meme that you want to show. Simply navigate back up to all your albums and search for that photo and the whole time the photo you last displayed will stay on your TV until select a new photo to show.

To go with the new Chromecast there is also new app. The main app screen has 3 sections; WHAT’S ON, DEVICES and GET APPS. Under WHAT’S ON it’ll show you all the cast supported apps. It will also show recommendations for you and when you select it and it’ll show you the different services based on what’s on your phone, and load that app straight on your device. Under GET APPS it’ll display different cast enabled apps. Search is also added and allows you to search for films and TV programs.

To add to the app updates there are upgrades to the OS itself. So lets start on the lock screen. You can swipe from the left to access voice action with a smooth animation to go with it. When charging it will say when its using fast charging and gives you a rough idea when it should be charged.

Moving on, when you open an app it will expanded outwards and when you back out it’ll dismiss downwards. If you get a notification it’ll bounce down at the top of the screen, allowed the user to then either dismiss it or open it. The app draw is the next place we shall take a trip to. Fast Scrolling is next. When you’re in the app draw and you know have an app called “WhatsApp” for example, the user can scrub down on the right hand side of the phone to start going through your apps letter by letter making it easier to get to your apps..

Now for the longest name for a feature, On Device Intelligent Prediction Engine. This will simply learn your app usage habits based on when you load apps, and display them at the top of the launcher for quick access.

Extensive in app permissions are something we saw back at Google IO (click here for that keynote) but to summarise, we can now allow access to certain permissions at individual times as and when the application required them giving a greater deal of control. 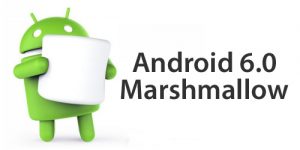 Finally, and perhaps the feature in Marshmallow that will get the most smiles is “Doze”. Android 6.0 should provide a much-needed boost to battery life by delivering the “Doze” feature that allows a much more power efficient resting state. Google suggested that in testing with the Nexus 9, the battery lasted twice as long on Android 6.0 when in standby mode, than it did on Lollipop thanks to Doze.

So that’s just about everything. Though doubt there is more but if want to know everything once again click here and watch the keynote on Google’s YouTube channel. 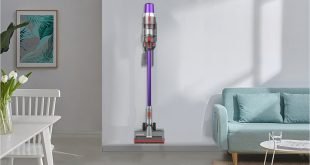 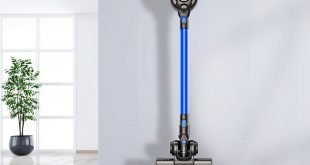 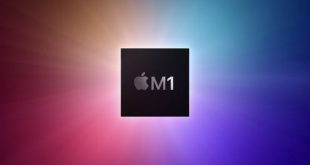 Another @cleersound product, this time the Ally Plus II - let's get it on the review bench and test these suckers out!!
The @lypertek Pureplay Z3 2.0 is now on the test bench...digging the white personally(Craig) 🔥🔥 Ask us questions and keep locked for review soon!! 🎧🎧
We're also checking out one of @aocgaming recently released headsets, the GH200..
Next up, the @gamesirofficial X2.
#NextUp is a review of the @cleersound Enduro ANC - it looks lush!
Nice to see @vivo_uk still pushing out updates. Not too shabby!
Let's check out the @edifier_global TWS NB2 earbuds 🎧- we've been waiting for these! 🔥🔥🔥
Our full review of the AUKEY LS02 Smartwatch is now on our YouTube channel. Link in the bio for anyone wanting to check it out! @kurtcolbeck
© Copyright 2021, All Rights Reserved
This website uses cookies to improve your experience. Do you wish to allow cookies? Accept Reject Read More
Privacy & Cookies Policy