The OnePlus 6 has finally been released! Everyone apart from OnePlus 5T owners (sorry guys!). 6 months after the release of the previous flagship, OnePlus has brought out their 8th device.

The devices specs are as following:

The launch happened on the 16th of May 2018 in London with the event being livestreamed across the OnePlus social media platforms including YouTube, Facebook, Twitter and Instagram. There was a pre-event stream talking about the brand and how OnePlus is unique in how they receive feedback on their products to improve them. 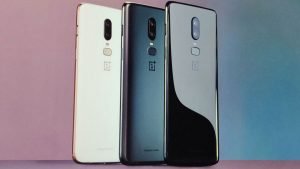 The pre-stream involved user engagement as users could leave comments on what should be included in the OnePlus 6 release advert and then the advert would be shown with the people leaving feedback being listed as the directors of the advert.

The short suggestions given by the ‘directors’ were then combined into a final advert for the OnePlus 6 being shown before the keynote started.

Carl Pei took to the stage to announce that they would be launching 2 new products within the event. The first product being the OnePlus 6 and the other being the Bullets Wireless. These were supposedly in the design process for the last 2 years, and are connected to each other with a cable rather than the fully wireless design of the Apple Airpods. 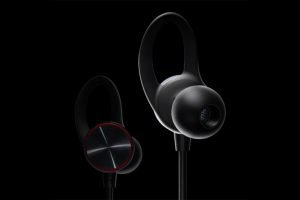 The Bullets Wireless feature magnetic power off so when you put them together at the earbuds, they will power off and vice versa. They also feature fast charging via USB C with 10 minutes of charging resulting in 5 hours of power. OnePlus have included something called an Energy Tube which directs the audio to your ear canal reducing ambient sound leakage. Google Assistant is also built into the earphones which also feature a wing to ensure a more accurate fit in your ear. They are being brought to market at a price of £69 in the UK, $69 in the US and €69.

The OnePlus 6 now has the cameras in the centre very similar to the ones seem on the Samsung Galaxy S9+ line. The back of the phone now is made of glass rather than the metal and Sandstone finishes of OnePlus’ lines from yesteryear. The LED’s sit below the dual cameras which then has the fingerprint below it. 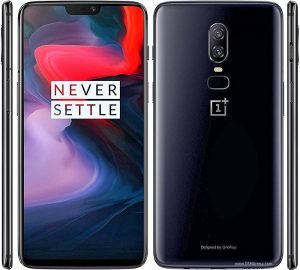 The Mirror Black colour is designed to imitate the ceramic feel of the OnePlus X. Carl Pei claims that the glass is just as durable of the past phones. OnePlus 6 also comes in Midnight Black and Silk White colour variants. The Midnight Black looks like a metal matte finish and this is done using micro-abrasions on the surface. Silk white is accented by Rose Gold however the imagery shown makes it look much more like a yellow gold than the Rose gold popularised by the iPhone 6S and 7.

The event was designed around the speed of the OnePlus 6. This was centralised by the inclusion of the Snapdragon 845 with 30% GPU and CPU performance but a 10% increase in efficiency. There is also 4 x 4 MIMO support with speeds of up to 1Gbps.

Of course, you have some AI in the mix with faster app launching with the phone prioritising that process over everything else, there is also app caching which pre-loads your most used apps to reduce load times. The hint was subtler since Carl Pei didn’t specifically call the technique AI, but we all know that he must have had to hold his tongue more than once in the preparation of the presentation.

The main camera on this phone has 16MP with a pixel size of 1.22 microns which is a 19% increase compared to the OnePlus 5T. Portrait mode makes a comeback with almost instantaneous ability to view the picture taken with a selection of effects built in to the app which is an odd twist on Apple’s range. An update in a couple weeks will also bring the portrait mode to the front facing camera.

The slow-motion feature allows you to record in 480 FPS with up to a minute of recording with the ability to later choose the portion you would like to keep in slow-motion. A new video editor is built in with new cropping, video filter and music additions. 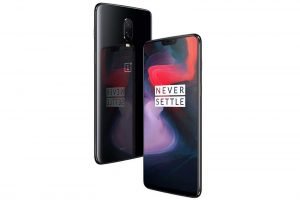 The notch makes an appearance even though Carl Pei said in the start of the keynote that they don’t follow trends but I guess it’s 2018 and the only way to compete with the iPhone X is to become more like it. 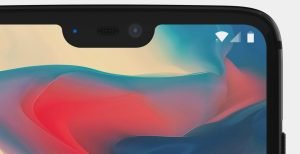